It was only a couple of weeks ago when Hyundai’s next-generation ‘MX5’ Santa Fe was spotted testing on public roads in Korea, showing off a pair of fancy new headlights.

These H-pattern LED headlights were recently spied again in pictures that have been published to Korean Car Blog, but this time the SUV was photographed sitting in a carpark.

Due to the incredibly heavy camouflage, the headlights are the only aspect of the Santa Fe that can be seen in the photo. 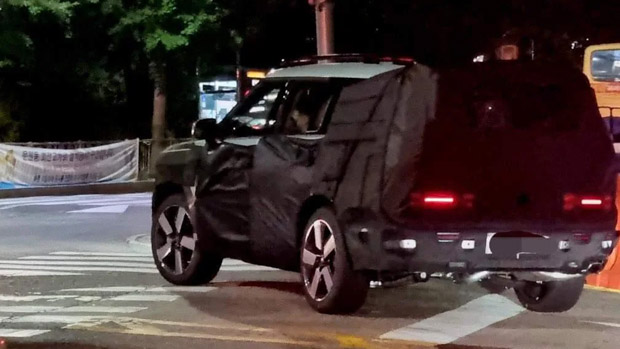 Along the same lines, another recently released spy shot of the Santa Fe has given us a decent glimpse of its rear end, with a pair of flat tail-lights visible.

It’s clear that the tail-lights are following the same style as the headlights, but are more stretched, as to give the SUV a wider aesthetic.

From these pictures, it isn’t hard to see the sheer size of the SUV, and Korean Car Blog points out that it will now be sitting in the large SUV segment with the introduction of this model, as opposed to the “semi-large” segment. 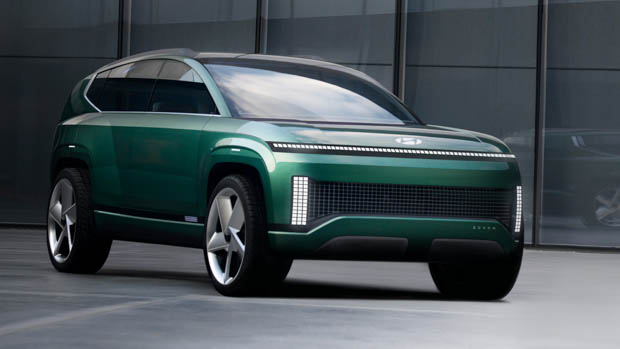 Despite the fact that this fifth-generation Santa Fe is likely to get either hybrid or plug-in hybrid power, an all-electric version seems to be off the cards. This is because the role of an electric seven-seat SUV will likely be reserved for the upcoming Ioniq 7.

Chasing Cars reported earlier this year that the Ioniq 7 is likely to gain a dual-motor configuration not dissimilar to the current Kia EV6 with 239kW/605Nm.