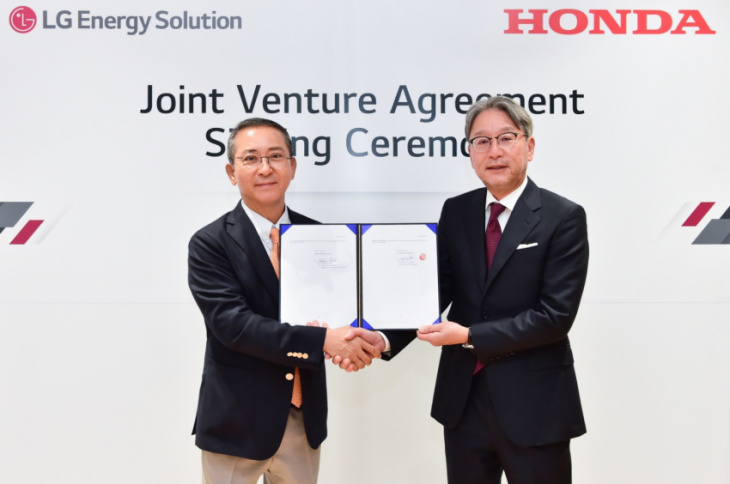 The effect of enacting the Inflation Reduction Act is starting to take root.

Honda and LG Energy Solutions have recently entered a partnership agreement to create a new electric vehicle (EV) battery plant in the US.

If the plant’s construction comes along smoothly, both companies expect it can produce EV batteries by the end of 2025.

Honda and LG Energy have announced they have entered into an agreement to establish a joint venture company that will produce lithium-ion batteries in the US to power Honda and Acura EV models for the local market, per Honda’s released statement.

Youngsoo Kwon, CEO of LG Energy Solution, mentioned that the joint venture with Honda is another milestone in LG Energy’s mid-to-long-term strategy of promoting electrification in the North American market.

He added that LG Energy is looking forward to working with Honda in achieving its core initiatives for electrification and providing sustainable energy solutions to “discerning end customers.”

According to the two companies, they will invest $4.4 billion to establish the plant, which is expected to have an annual production capacity of about 40 GWh.

The plant will be used to manufacture and be a source of pouch-type lithium-ion EV batteries for Honda’s facilities in the region, providing jobs and EV battery self-sufficiency for people living in the US.

Both companies aim to begin the plant’s construction in early 2023 to start the mass production of pouch-type lithium-ion EV batteries by the end of 2025.

However, the location of this new plant has yet to be finalized. Additionally, although the joint venture is scheduled to be established in 2022, the closing is subject to customary closing conditions, including regulatory approvals.

Honda’s President and CEO Toshihiro Mibe, who is also the representative director of the company, mentioned that the company is committed to the “local procurement of EV batteries which is a critical component of EVs.

“Honda is working toward our target to realize carbon neutrality for all products and corporate activities the company is involved in by 2050,” Toshihiro said.

The joint venture between Honda and LG Energy is probably one of if not the first effects of the Inflation Reduction Act. According to Tech Crunch, it seems to have accelerated the automotive industry’s dash to bring battery manufacturing to the country.

Under the previously mentioned Act, the government will support American workers with targeted tax incentives aimed at manufacturing US-sourced products like batteries, solar, and offshore wind components, and technologies for carbon capture systems, per the act’s fact sheet from the White House.

Honda and LG Energy are not alone in the rush. Panasonic is considering putting a lithium-ion battery plant in Oklahoma to supply Tesla with high-capacity batteries, per The Wall Street Journal.

The company is also thinking of building a $4 billion lithium-ion battery plant in Kansas.