Toyota’s pickup trucks–both its midsize Tacoma and full-size Tundra–are renowned for their ability off-road. One of the ways the automaker achieves this is by sticking with tried-and-true technology, such as a 4WD powertrain with a traditional transfer case. For this reason, Toyota’s truck is one of the only pickups not available with full-time 4WD or AWD at any trim level.

Does Toyota’s truck have all-wheel drive?

You can only order the Toyota Tacoma and Toyota Tundra with 2WD or traditional, part-time 4WD. In fact, while the Ford Raptor and Ram TRX feature full-time 4WD, Toyota has stuck with a traditional transfer case even for its Tundra TRD Pro. 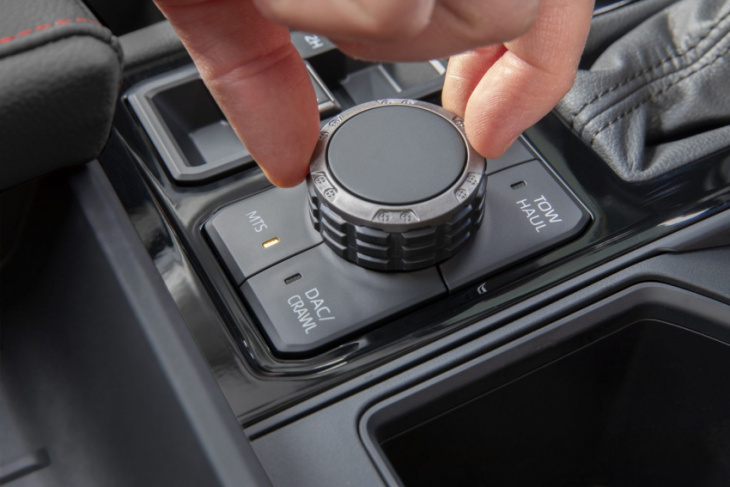 That is not the only traditional aspect of Toyota’s 4×4 powertrain. You can also order the Tundra and Tacoma with a locking differential–a standard option on the TRD Pro trim level. This is an option prized by many off-roaders. But reviewers point out that Toyota’s Multi-Terrain Select software is so good at using the brakes to prevent wheelspin, that the locker is barely needed.

Learn more about the difference of AWD vs 4WD.

Does Toyota’s truck have full-time 4WD?

Full-time 4WD is different than AWD because it offers a Hi/Lo transfer case–just now 2WD mode. Toyota does not offer any trucks, even TRD Pro trim levels, with full-time 4WD. Every 4WD Toyota truck offers a traditional 2WD/4Lo/4Hi transfer case. 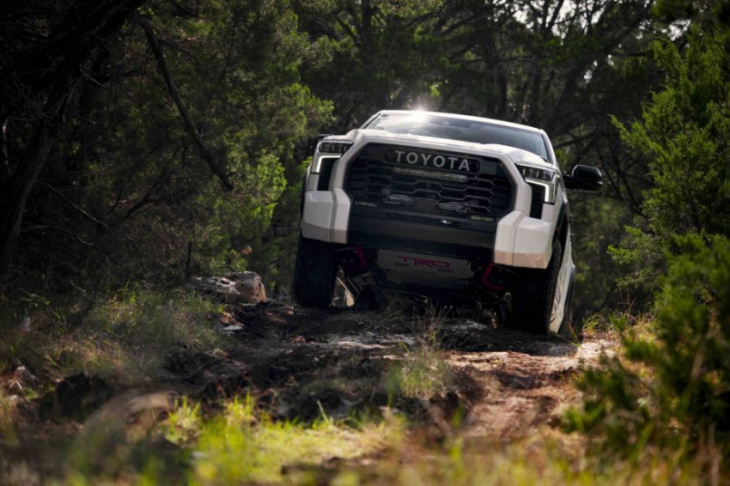 Full-time 4WD is less a technical term and more a marketing term. As American automakers began offering off-roaders without a 2WD mode, such as the F-150 Raptor and Ram 1500 TRX, they were hesitant to advertise these drivetrains as AWD. Perhaps this is because American 4×4 fans distrust AWD systems. Several manufacturers settled on full-time 4WD.

No vehicle advertised as a full-time 4WD doesn’t have a two-speed transfer case. But unlike traditional 2WD/4Lo/4Hi transfer cases, these systems can’t lock the front and rear axles together, but must instead include a center differential like an AWD system.

Not everyone uses the “full-time 4WD” branding. Some automakers, such as Land Rover, build “AWD” off-roaders with a Hi/Lo transfer case and no 2WD setting.

Learn more about the difference between full-time 4WD vs AWD.

Toyota builds many crossovers and cars with AWD. This includes its third-row Highlander, RAV4, and electric bZ4X. Toyota does not offer any of its full-frame SUVs with AWD: the Toyota 4Runner and Sequoia both share their drivetrain with a Toyota truck and thus have traditional transfer cases. 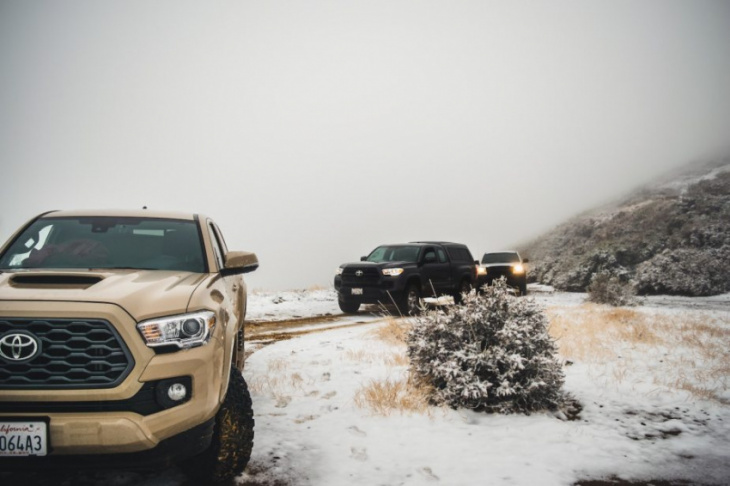