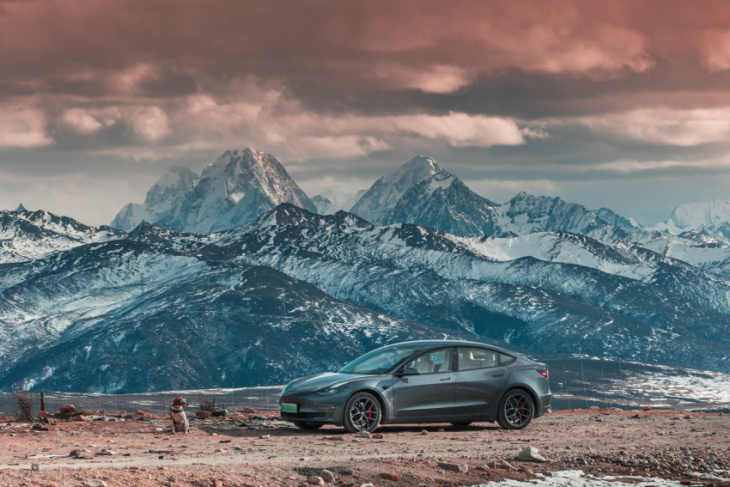 China’s Ministry of Finance, State Taxation Administration, and Ministry of Industry and Information Technology (MIIT) announced it will extend its subsidy program for new energy vehicles (NEVs) until the end of 2023. The program was set to be terminated at the end of 2022.

The MIIT said the extension was to support the NEV sector’s development and stimulate automobile consumption. Vehicles purchased in 2023 of specifically-qualified models will qualify for the extended subsidy program, a statement from the agency said. An official list is set to be released soon.

The MIIT’s decision marks the third time the NEV subsidy program has been extended by the Chinese government. The newest extension, which will bring the program to a close at the end of next year, will cost taxpayers roughly 100 billion yuan, or over $14 billion.

The Chinese EV market is the largest globally, just as its overall passenger vehicle market is also the biggest on Earth. Last year, the country accounted for more than 57 percent of the world’s total EV production. Even Tesla’s Gigafactory Shanghai accounted for a majority of the automaker’s global deliveries as it was utilized as an export hub for the European market while also supplying cars for customers domestically.

The growth of the Chinese EV market has obviously convinced the government to continue extending subsidies as the country’s focus on sustainable transportation and technology comes to the forefront. China could widely be considered the global leader in EV-related sectors as well, as it has some of the largest EV battery manufacturers and suppliers in the world. CATL, a company based in China, supplies several of the world’s biggest EV companies with battery cells.

Mercedes-Benz wants to double its production capacities for electric drives at the Untertürkheim plant. Previously, up to 500,000 units per year were to be produced there, but now the Stuttgart company is aiming for output in the order of up to one million units per year. This was first ...


View more: Electric car batteries: everything you need to know

The General Motors brand BrightDrop now also produces electric vans in Canada. Following the conversion of the plant in Ingersoll, the Zevo 600 will be produced there with immediate effect and the Zevo 400 from the end of 2023. BrightDrop also presents its first Canadian launch customer: DHL Express ...

What is an EV heat pump? How will it improve your EV? Does your EV need a heat pump? It appears that some people may be putting the brakes on buying an electric vehicle (EV) due to cold temperatures. Chilly weather can sometimes have a negative effect on range ...


View more: What Are Heat Pumps, and Are They Necessary for Electric Vehicles (EVs) Driving in Cold Weather?

The very nature of Lithium-ion batteries (LiBs) means that they have a lifespan and will eventually no longer hold charge. The question has been levelled around how long that time frame is. The results are rather surprising. South Africa is a little different to the rest of the world in ...


View more: What is the life expectancy of an electric vehicle battery?

The US automotive supplier BorgWarner has acquired DriveTek AG as of 1 December 2022. The Swiss company offers engineering and product development services for inverters, electric drive solutions, and power electronics. The transaction is worth CHF 35 million. DriveTek’s competencies include designing and developing power electronics and electrical machines, ...

Canoo has delivered its new Light Tactical Vehicle (LTV) to the United States Army for Analysis & Demonstration in fulfilment of a contract awarded in July 2022. The LTV is engineered for extreme environments and can be converted from a pickup to a flatbed truck, a cargo vehicle and ...

Opel is recalling 16,605 units of its Corsa small car worldwide due to a software error, causing prescribed compliance test bench measurements with the exhaust emission regulations to not be able to be carried out. Curiously, the recall also affects the all-electric variant of the Corsa. “In accordance with ...

Valmet kicks off production of the Lightyear 0

Switzerland rumoured to consider a ban for EVs