Street racing — using city streets or abandoned industrial areas to race vehicles — began decades ago during Prohibition. Smugglers carrying alcohol across state lines upgraded their cars to go faster and avoid catching authorities’ attention. After World War II, street racing proliferated, and movies involving the activity gained popularity, including the 1955 James Dean classic Rebel Without a Cause. In modern times, the Fast and Furious franchise continues romanticizing street racing and driving a culture of modifying cars for the unsanctioned sport.

However, street racing can end badly. Case in point: A recent drag race between a Chevy sports car and a Toyota sports car in Las Vegas caused a seven-car wreck. 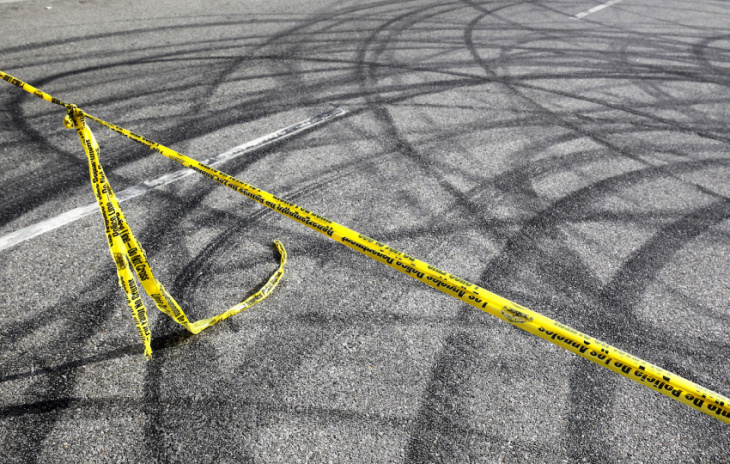 Las Vegas Metropolitan Police (LVMPD) told KTNV that seven vehicles were involved in an accident near Ft. Apache and Flamingo Road around 8:55 p.m. on October 17. The drag race pitted a Chevy sports car and a Toyota sports car against each other when a C8 Corvette Stingray driver challenged a Supra driver.

The investigation revealed a Corvette C8 and a Toyota Supra were racing more than 100 miles per hour according to witnesses, failed to stop at a red light, and crashed.
One person was taken to the hospital.

According to LVMPD, the two cars were racing at more than 100 mph when both ran a red light and crashed. Five other vehicles were involved. One person was taken to the hospital. And one of the drag racers was arrested and charged with reckless driving, participating in a speed contest, and disregarding the safety of a person and property.

“I arrived on scene and located chaos”
That's how one of our responding officers described this crash.@LVMPD_Traffic Bureau posted these pictures of a serious crash at the intersection Ft. Apache and Flamingo. pic.twitter.com/HHA1mtXSnO

LVMPD said debris from the collision stretched about a quarter-mile past the intersection. One transformer was smoking, three vehicles suffered major damage, and multiple other cars had minor to moderate damage. In addition, the drag racers hit a fire hydrant and parked vehicles. Also, damaged light poles and power lines caused a minor outage, and a bus stop was demolished, KTNV reported.

Photos taken at the scene show an overturned white Corvette with significant damage. The black Supra also sustained major damage to the driver’s side. However, no deaths were reported.

Is this type of racing dangerous?

Though incidents of street racing are declining, they’re still common. An Insurify study shows a correlation between street racing and reckless driving, which is dangerous.

In those states, offenders might pay up to $2,500 and have their driver’s licenses revoked for one year or serve jail time.

Speeding and reckless driving are dangerous and costly. Bankrate estimates drivers with a speeding ticket on their record pay more per year for auto insurance. For minimum coverage, the average difference is $112 per year. For full coverage, that increases to $367.

Though Hollywood has made street racing look thrilling and glamorous, drag racing a sports car is not worth it. It’s dangerous and needlessly endangers people beyond the participants.

Keyword: An Undesirable End to a Drag Race Between Chevy and Toyota Sports Cars