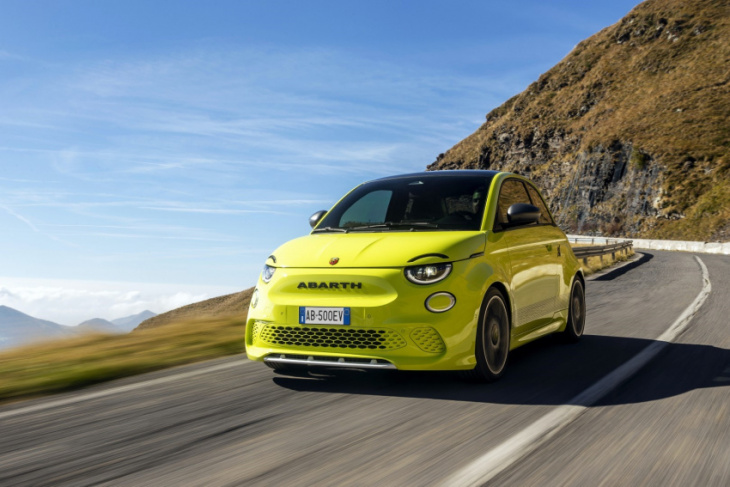 Abarth recently unveiled the fully electric Abarth 500e, marking the beginning of the brand’s journey in the world of electrification.

On the exterior, the new modernized and electrified Scorpion signature logo makes its debut on the New Abarth 500e and projects the brand into a new era.

Several aggressive elements on the exterior make the New Abarth 500e unique and eye-catching, such as the new dedicated front sporty bumper, the elusive and sporty lines of the lateral skirt, the cool white front DAM, the rear diffuser inserts, dedicated alloy wheels and the new Titanium Grey mirror caps. 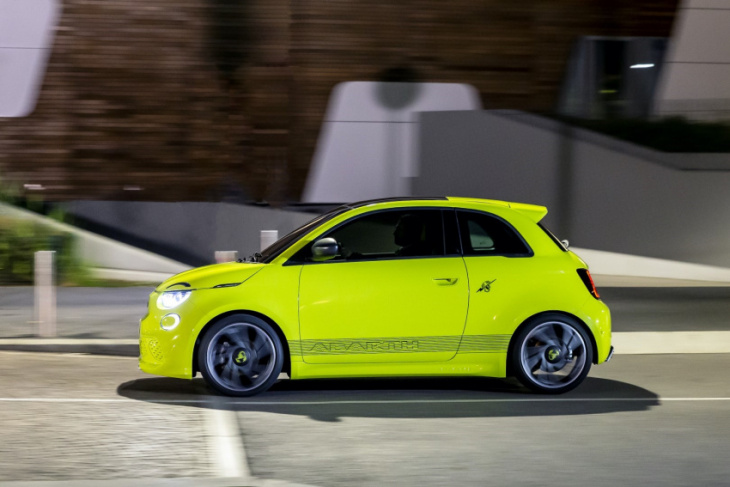 The sporty character of the New Abarth 500e is also enhanced by full LED front lighting with a new Abarth signature, front and rear disk brakes, new front and rear Abarth lettering in dark titanium Grey, a new lateral electrified Scorpion signature logo, and a black capote with an integrated sporty spoiler for the cabrio. The hatchback version is also equipped with rear privacy glass. 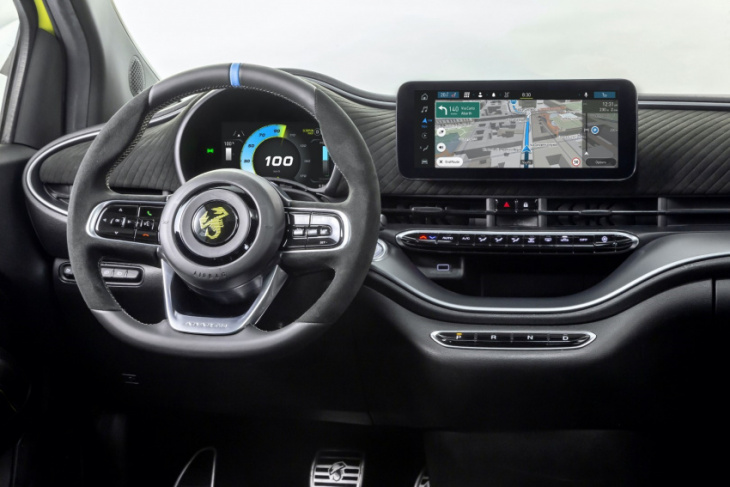 Thanks to its electric architecture, in fact, along with improved weight distribution, better torque, and a wider wheelbase, the New Abarth 500e is faster and more exciting in both urban and suburban driving, ensuring the best performance.

On the open road, the full electric New Abarth 500e performs overtaking manoeuvres faster than its petrol version, reaching a speed of 100 km/h a second quicker than the 695.

Furthermore, the more responsive electric motor, a longer wheelbase, improved support due to widened track widths, and the better balance between the axles offer great handling and driving dynamics, providing the New Abarth 500e with a quicker response, better corner entry, and a higher cornering and exit speed. 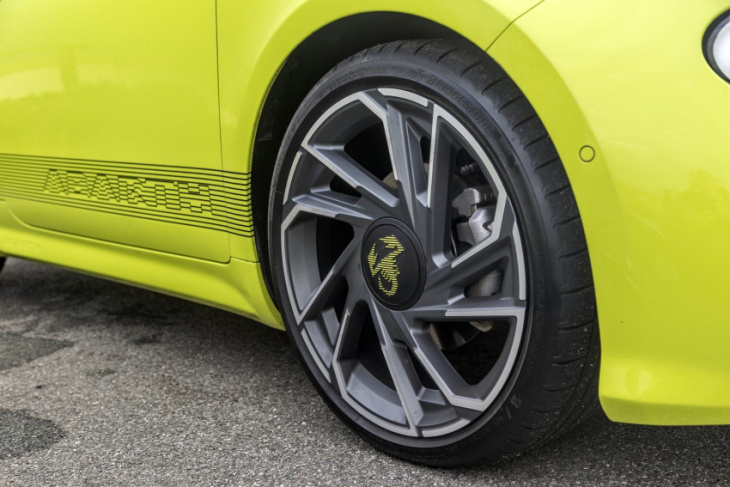 The New Abarth 500e is equipped with a 42 kWh battery coupled with an e-motor, resulting in 155hp and a 0 – 100 km/h acceleration time of seven seconds.

Three driving modes are available, which focus on performance – Turismo, Scorpion Street and Scorpion Track – giving customers total freedom to fully enhance the sporty set-up and unleash the power of their Abarth in every challenge on the road.

To minimize its charging time, the New Abarth 500e is equipped with the 85-kW fast-charging system to charge the car’s battery very quickly and guarantee never-ending fun.

For example, all it takes is less than five minutes to build up a sufficient energy reserve for daily mileage requirements (around 25 miles), which is less than the time it takes to choose your next destination. When in a hurry, the fast charge reaches 80% of the range in only 35 minutes. 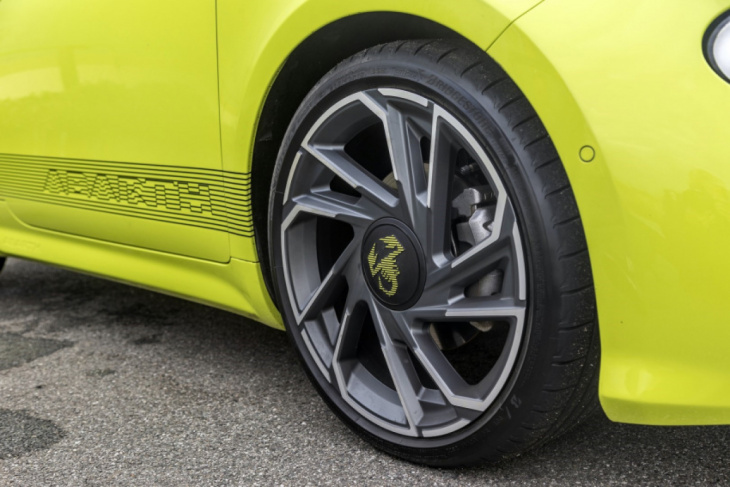 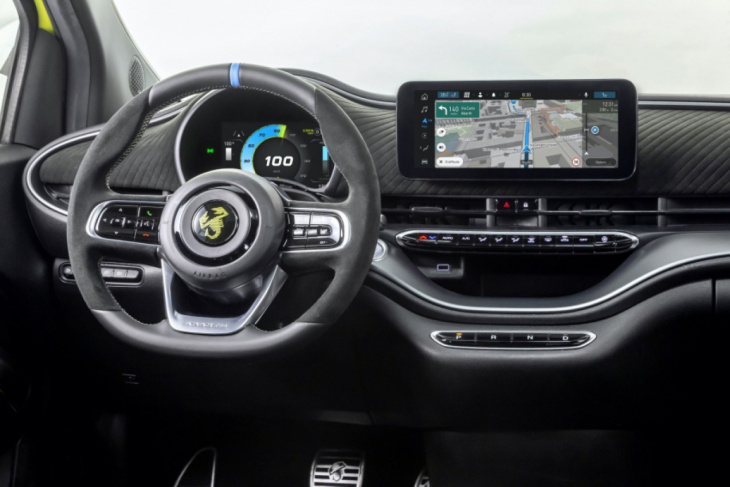 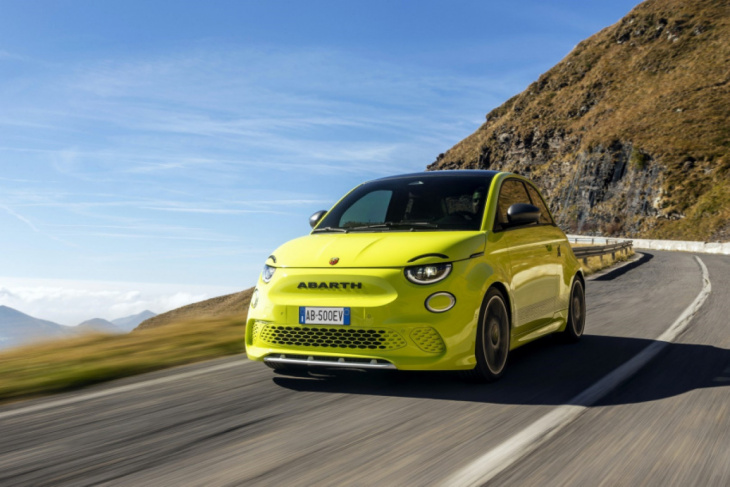 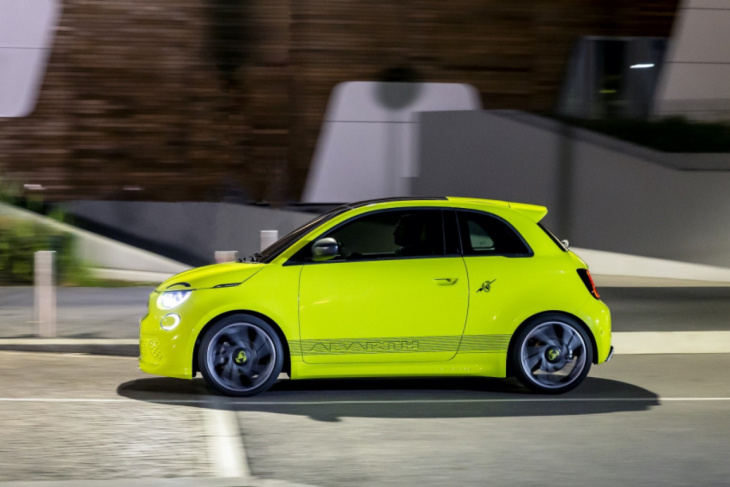 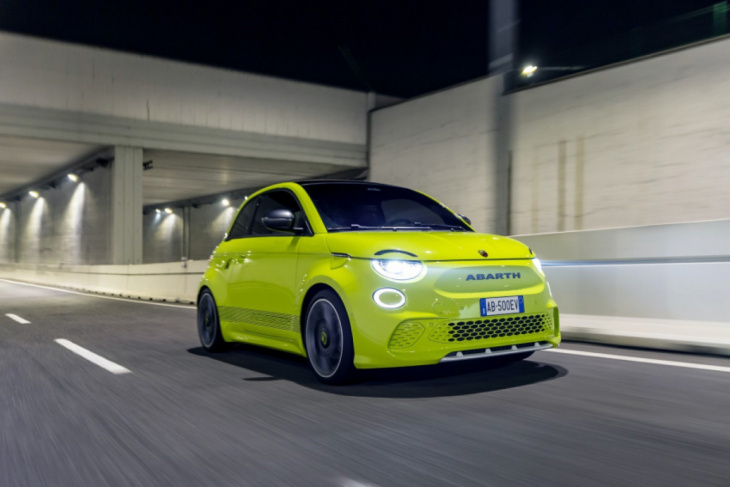 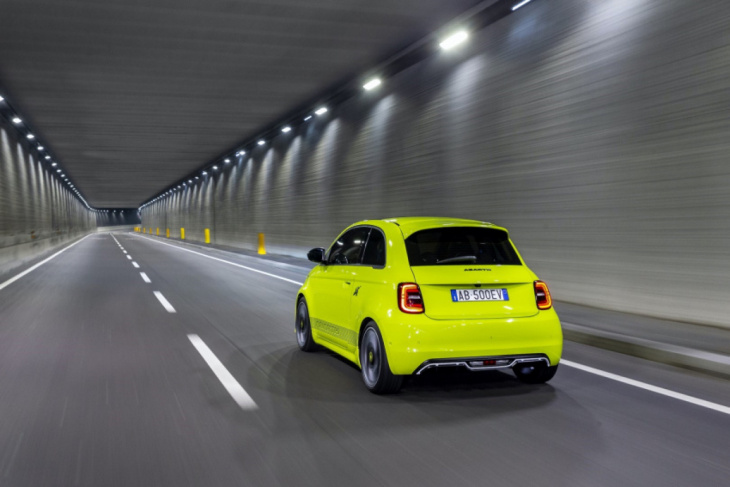 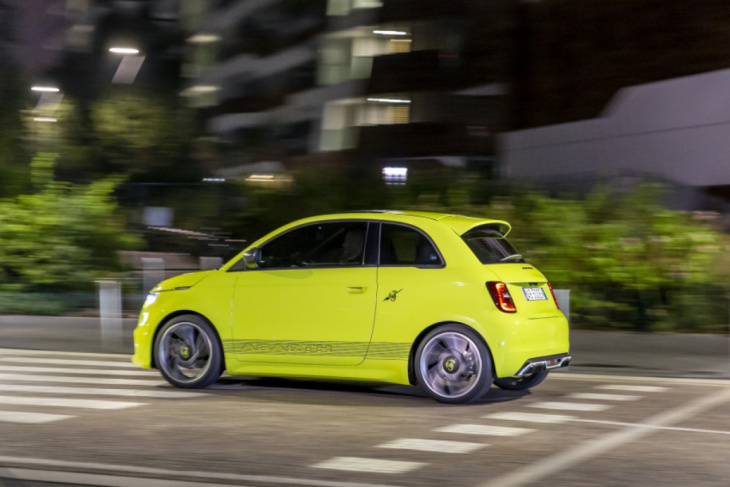 What does it look like? How does it drive? How spacious is it? How easy is it to use every day? How safe is it? What’s the tech like? How much does it cost to own? The Polestar 2 has that futuristic EV look, but it’s not over the ...

These 4 New Cars Tied as The Best New Midsize Cars of 2022 According to J.D. Power