It wouldn’t have been tough to improve the Toyota Prius. While it soothed the souls of customers focused solely on fuel economy, it was rather dull and reluctant. A new paint color, a more interesting key fob, or even Minesweeper in the infotainment system would have helped.

None of the above were pursued to create the all-new Toyota Prius. Instead, a complete, top-to-bottom, inside and outside, six-ways from Sunday redesign has the automotive world gawking in near disbelief. Below are five things you need to know about the new Prius and why the Toyota hybrid is no longer the butt of any jokes.

1. The new Prius is shockingly attractive

The one that started it all, ready to lead the way again. Say ? to the all-new 2023 #Prius: https://t.co/y7Hq17HXo2 #LetsGoPlaces pic.twitter.com/vh4SwZKSqR

The Toyota Prius always had looks only a mother could love. However, it has shed its awkward and ugly exterior from something Toyota itself describes as a “flowing, one-motion silhouette.” At first glance, it may seem like the new Prius has gotten a bit sportier. Is the hyper-miler now a two-door coupe? No, it’s a clever design. Much like Toyota’s C-HR, the rear door handles are integrated into the window trim, making it look like it has only two doors.

The new Prius is underpinned by the second generation of Toyota’s TNGA-C architecture—a global unibody compact platform. With lighter, lower, and more rigid underpinnings, the 2023 Toyota Prius is longer, lower, and wider than its predecessor. It’s an elegant, sleek, and surprisingly seductive shape that is all but common among eco-minded vehicles.

2. The Prius is even more fuel efficient than before 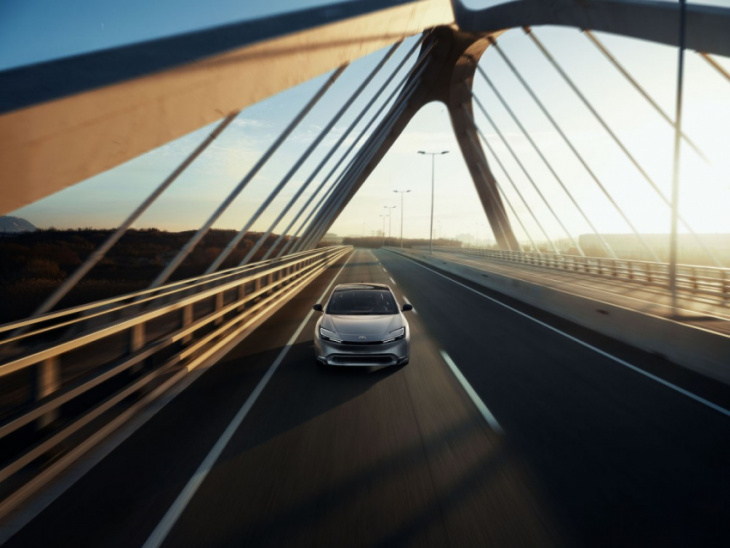 The hallmark of the Prius has been its fuel economy since its 2000 debut in the American market. The 2023 Toyota Prius is no different. The fifth-generation hybrid system will achieve 57 mpg in the LE trim front-wheel drive model (FWD), per Toyota.

Toyota crafted the Prius to join their 10 hybrids, two plug-in hybrids, a bZ4X EV SUV, and the hydrogen-powered Mirai to achieve carbon neutrality. The 2023 Prius will wear Toyota’s new “Beyond Zero” badge as a symbol of that commitment.

3. Surprisingly, the Prius is now a quick car

Speed and power are not areas where the Prius did well, nor was it asked to. However, the 2023 Prius is the fastest and most powerful yet. The hybrid powertrain is coupled with a larger 2.0-liter engine and a newly developed lithium-ion battery located underneath the rear seat. The battery pack offers a 15 percent increase in output compared to the previous generation nickel-metal-hydride unit.

The result is a combined 194 horsepower—196 horsepower in all-wheel drive (AWD) models—a massive leap from the fourth generation’s 121-hp 1.8-liter. The Drive reports that FWD models hit 60 mph from a standstill in just 7.2 seconds.

Higher-priced all-wheel drive models cut that time by 0.2 seconds, nearly a three-second improvement over the previous Prius. Subsequently, the new Prius is as quick as the last-generation Toyota 86.

4. Toyota added some quirks to the ever-serious Prius 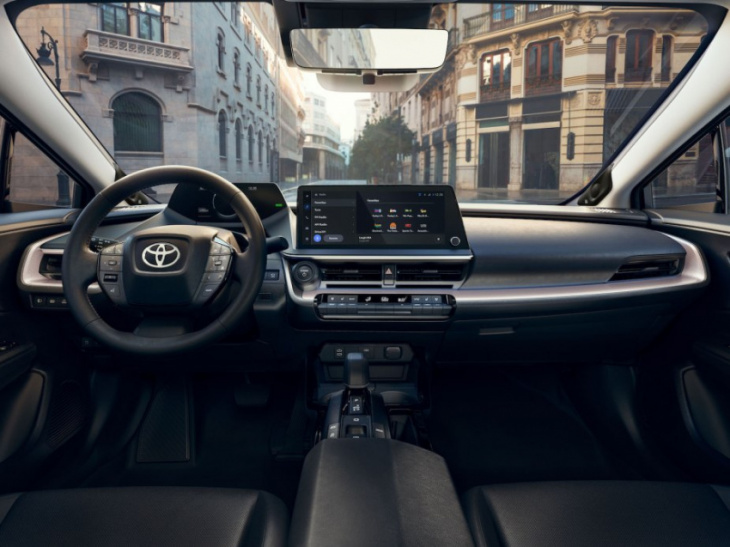 The Toyota Prius has always been quite a serious car. After all, it takes sternness to battle against rising global temperatures. Yet, the new Prius was designed to bring out some laughs. For example, the eagle-eye reviewers at Car and Driver spotted several hidden details inside and outside the new hybrid.

Using their “Hybrid Reborn” slogan for the fifth-gen model, the phrase is found in a few locations on the Prius. For instance, on the cowl below the windshield and inside the back hatch opening. The Prius is also full of hashtags.

A hidden compartment in the front of the center console, below the cup holder tray, is labeled “#hiddencompartment.” Toyota includes a handy “#glovebox” label inside the glovebox to remind customers of the days when people kept gloves in there.

One of the most critical aspects of the 2023 Toyota Prius is how its identity has changed. Gone is the sole reason one would have bought a Prius: its fuel economy. Before, the Prius never had to pull at one’s internal emotional strings—that sense of desire, excitement, sensuality, or zeal.

The only appeal a Prius had to offer was found in longevity rather than spontaneity. It would always be there for you in a dependable, rehearsed manner but lacked the intimacy found in seeking wonder.

Philosophical postulations aside, the Prius is finally a cool car—not for what it does, but for what it is. It’s a low-slung, tech-heavy, slightly comical, and trustworthy mode of transportation that’s easy on the eyes and the environment.

Keyword: 5 Facts You Need to Know About the All-New 2023 Toyota Prius

How the Toyota Prius Became an Unlikely Racing Hero