Anyone searching for the next SUV they want to buy researches the best options. For many, Consumer Reports is an easy source to find the best of the best. Each year, the publication simply notes whether it recommends or doesn’t recommend every car, truck, and SUV model. Recently, CR’s reliability survey returned results from owners, altering its opinion on a few models. Although some suffered and lost points with the experts, three Kia SUVs are newly recommended by Consumer Reports. The Kia Seltos, Sorento Hybrid, and Soul. 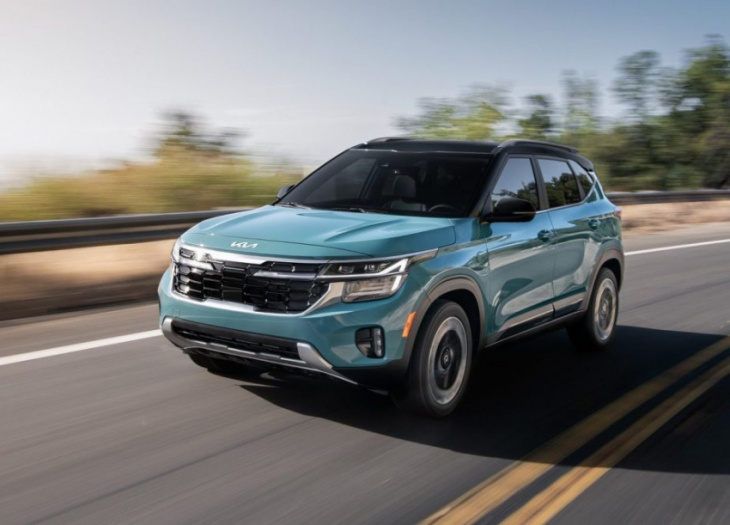 The first SUV that Consumer Reports newly recommends is the Kia Seltos. Thanks to excellent reliability scores, the Seltos went up in the rankings. CR’s Auto Reliability Survey asked members about issues they’ve had with their vehicles in 17 potential problem areas in the last 12 months. This includes anything you can think of, like engine, transmission, brakes, electrical systems, noises, leaks, etc. For models like the Seltos, the survey proved beneficial. Thanks to being right on the cusp of greatness with CR’s original review, a high-reliability rating was enough to push it over the top.

Furthermore, one of the best things about the Seltos is its affordability. As a small SUV, the Kia model is cheaper than many other models bigger in size. However, according to Edmunds, the Seltos starts at just $24,135 for the base model. Even with the range-topping SX trim, it still doesn’t exceed $30,000. Highlights of the cheapest Seltos trim are all-wheel drive, keyless entry, Apple CarPlay/Android Auto, automatic headlights, forward collision mitigation, and lane-keeping assist. 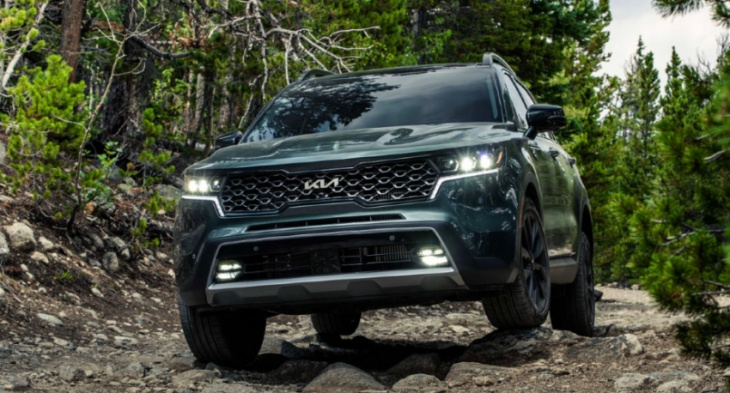 Another highlight of the Consumer Reports Auto Reliability Survey is hybrid data. The publication says it “received more data on hybrids in this year’s survey than in past years.” As a result, it determined most hybrids have reliability as good or better than non-hybrid vehicles. One clear indication of this is the Kia Sorento Hybrid. It’s one of just a few hybrid or plug-in hybrid models that gained a recommendation for its excellent reliability.

The 2022 Kia Sorento Hybrid starts at $35,385. Only the S and EX trims from the Sorento lineup are available with the hybrid powertrain. This three-row SUV uses a turbocharged 1.6-liter four-cylinder paired with a hybrid system that’s good for 227 horsepower and 258 lb-ft of torque. Additionally, it’s rated for 39 city and 35 highway mpg, making it far more efficient than many non-hybrid three-row SUV competitors.

Consumer Reports says the Kia Soul is worth buying

Finally, the last Kia SUV newly recommended by Consumer Reports is the Kia Soul. The boxy, unique-looking small SUV has had surprisingly good ratings as of late. Pair that with owners alerting CR of its outstanding reliability, and you’ve got yourself the coveted recommendation from the publication. Additionally, it was redesigned just a few years ago, in 2020, so the modern design is fresh.

Highlighting the model are its many features for the money. Like the other newly recommended Kias, the Soul is affordable. The base LX model starts at $21,085; the most expensive EX trim is just $25,385. However, a surprising number of features are included. The base Soul has a digital instrument cluster, an eight-inch touchscreen, Apple CarPlay/Android Auto, six speakers, remote keyless entry, automatic headlights, 16-inch steel wheels with wheel covers, forward collision mitigation, lane departure mitigation, automatic high beams, rear occupant alert, driver attention warning, and a center console USB port.

In conclusion, Consumer Reports newly recommends three Kia SUVs. The Kia Seltos, Sorento Hybrid, and Soul gained a CR recommendation thanks to the annual Auto Reliability Survey. Owners revealed that these models had very few issues in the past few years. As a result, their reliability scores were enough to put them over the threshold and enter “recommended” territory.

Does this make you more likely to buy a Kia SUV in the future?