Toyota’s most highly anticipated 2023 vehicles include two enthusiast specials: a manual-transmission GR Supra and the GR Corolla. Three pedals are a no-cost option for the Supra 3.0, and there’s an A91-MT Edition with appearance tweaks that will be limited to 500 units, while the GR Corolla channels its rallying sibling. 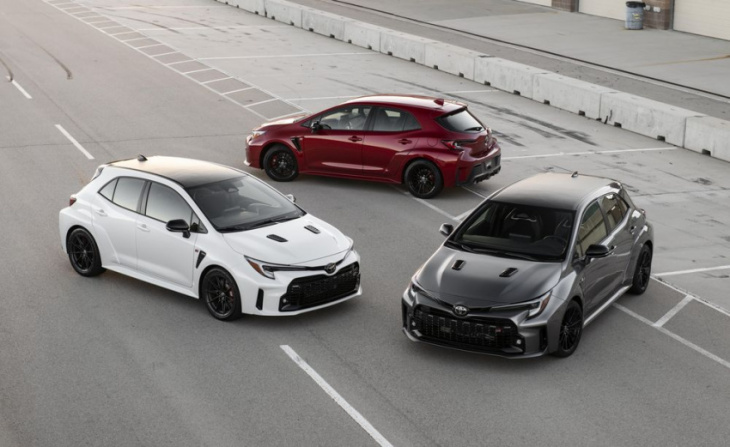 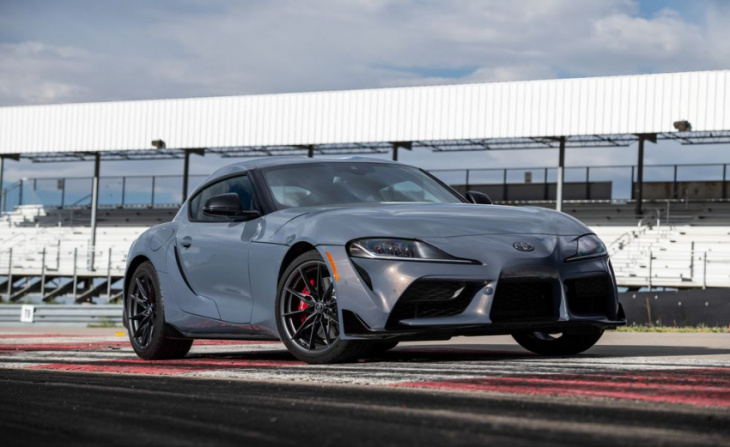 The bZ4X gives Toyota an entry into the mainstream electric-SUV segment. Co-developed with the Subaru Solterra, the Toyota differentiates itself by offering both single-and dual-motor versions, with the front-wheel-drive base model producing 201 horsepower, and the all-wheel-drive upgrade bumping output to 214 horsepower. EPA range is 222 to 252 miles on a charge.

The Avalon is dead, and its replacement is a new large sedan called the Crown. At launch later this year, customers will choose between two all-wheel-drive hybrid powertrains: a 340-hp Hybrid Max or a base 236-hp model. The roomy sedan starts at about $40,000.

The Sequoia full-size SUV follows its Tundra pickup sibling with a long-overdue refresh. Unlike the pickup, the body-on-frame SUV gets only the 437-hp i-Force Max hybrid powertrain, consisting of a twin-turbo 3.4-liter V-6, one AC motor, and a 10-speed auto. A nonhybrid version of the engine is available on the pickup. Both the Tundra and the smaller Tacoma receive new SX appearance packages.

A new Prius is on its way but hasn’t been revealed yet. Word is it’s significantly more stylish than before (which won’t take much) and more efficient too.

The Highlander swaps its 3.5-liter V-6 for a turbocharged 2.4-liter inline-four that’s less powerful (265 horsepower versus 295) but more torquey (309 pound-feet versus 263 for the six). The non-GR Corolla is facelifted and drops its base 1.8-liter engine, meaning the 169-hp 2.0-liter is now standard. The Corolla hybrid sedan now offers all-wheel drive, and its Corolla Cross SUV sibling also adds an all-wheel-drive hybrid model with 194 horsepower and a claimed 37 mpg combined.