You’ll be on the hook for $53,445 for the 340-horsepower Hybrid Max-powered Crown Platinum, though. 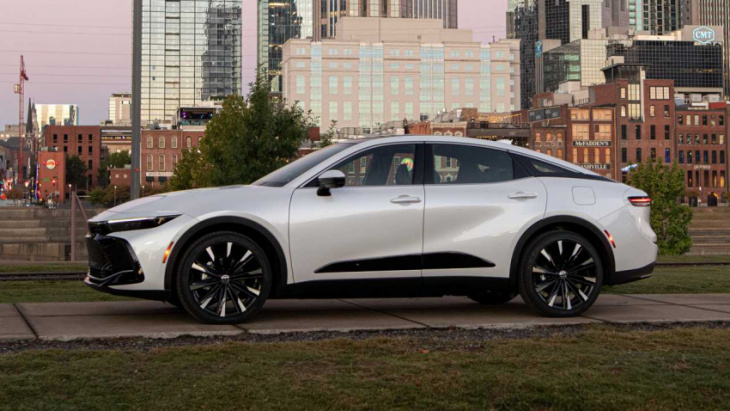 The 2023 Toyota Crown is a marked departure from its spiritual predecessor, the Avalon sedan. Packing a hybrid-only powertrain lineup, including a new, 340-horsepower Hybrid Max offering, the Crown also includes standard all-wheel drive to go with its taller body and slightly loftier ride height. And while we’ve known all that for a minute, Toyota is finally sharing how much the thing will cost.

Prices for the Crown begin at $41,045, including a $1,095 destination charge. That’s $2,100 more than the Avalon Hybrid XLE, although like that vehicle, it’s modestly equipped. There are cloth/leatherette seats, heated front chairs, 19-inch wheels, and twin 12.3-inch displays (one touchscreen running Toyota’s latest infotainment system and a digital instrument cluster). Toyota Safety Sense 3.0, the latest version of the brand’s active safety suite, is standard, too. As of this writing, Toyota hasn’t launched a configurator, so we can’t say if there are optional extras for the Crown XLE or how much they’ll cost. 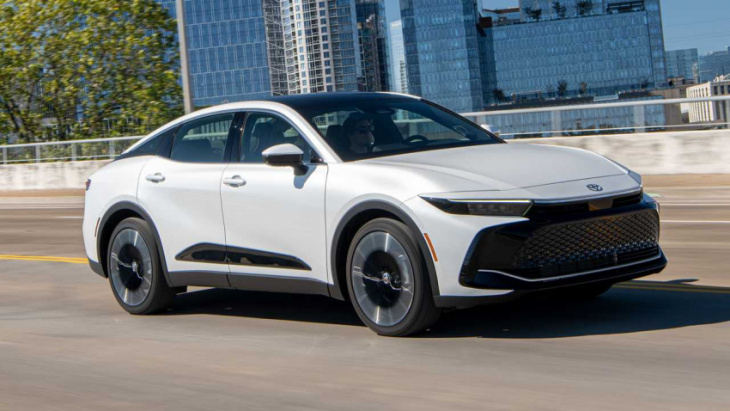 Stepping up to the Limited, we find the best value in the range at $46,595, or $1,350 more than the equivalent Avalon. It retains the same hybrid system as the XLE – a 2.5-liter Atkinson-cycle four-cylinder, an eCVT, and a pair of electric motors that draw on a nickel-metal hydride battery – but adds considerably to the standard equipment list. On top of the XLE’s kit, the Limited adds multibeam LED headlights, a fixed glass roof, heated/ventilated front seats with leather upholstery, heated rear seats, an 11-speaker JBL audio system, rain sensing windshield wipers, and automatic parking. Like we said, a good value.

Splitting the difference between the Limited and range-topping Platinum is an optional Advanced Technology pack. Again, Toyota hasn’t shared option pricing, but this package adds 21-inch wheels, a surround-view camera system, and a digital key system. Unless the price is absurdly low, there’s not much there to recommend. 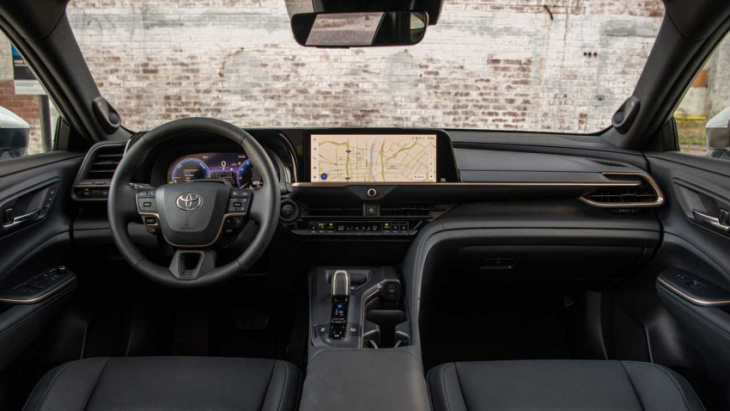 And that brings us to the range-topping Crown Platinum, which is hard to judge. Starting at $53,445, it’s substantially pricier than the Limited and has no analog with the old Avalon. That number is only down about $1,300 on a fully loaded Lexus ES300h, for crying out loud.

And yet the price increase is easier to understand when considering the Platinum’s Hybrid Max engine, which increases output to 340 ponies and cuts the sprint to 60 down from 7.6 seconds to 5.7. The upgraded powertrain pairs with a unique all-wheel-drive system which never sends less than 30 percent torque to the rear axle. Adaptive dampers and six total drive modes are standard too, while 21-inch wheels and optional two-tone paint schemes up the visual ante. Still, $53,000 is a lot of coin, considering how good the $47,000 Crown Limited is. 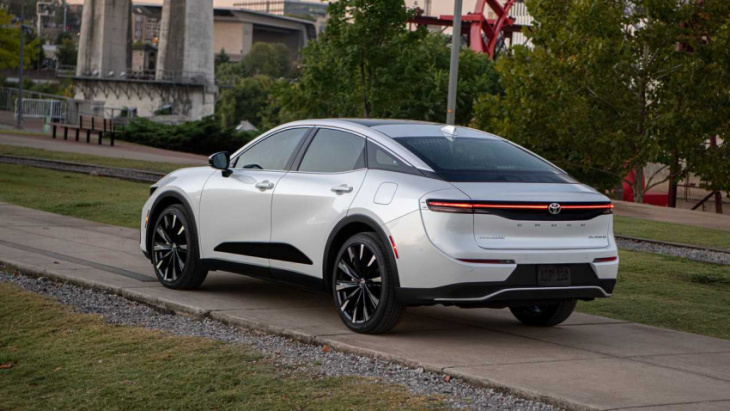 There’s an efficiency argument to make, too. While Toyota originally announced the base powertrain would net 38 miles per gallon combined and the Hybrid Max would net 28, the Crown is even more efficient. Per Toyota, the 2.5-liter model will net 42 miles per gallon city, 41 highway, and 41 combined. The 340-hp Platinum will return 29 city, 32 highway, and 30 combined. Those improvements are nothing to sneeze at.

For more on the Crown, be sure to check out our full first drive. You can look for the Crown at Toyota dealers in early 2023.