The screen is bigger and it has a much thinner bezel than before, as shown in a photo posted by a Tesla Owners Club member on Facebook. 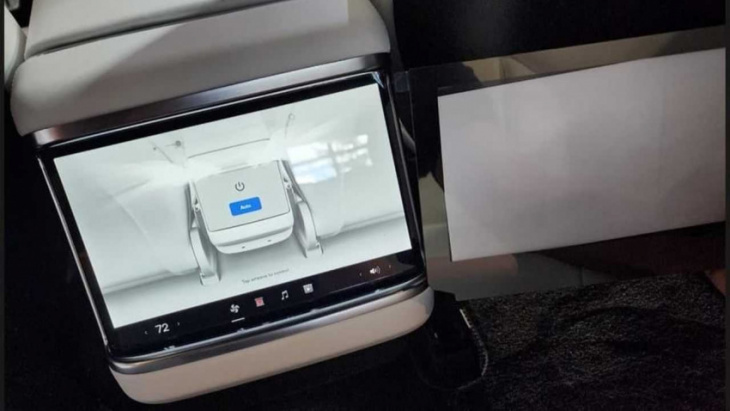 Tesla is apparently upgrading the rear screen found in the Model S and Model X for the 2023 model year. This according to a Tesla Owners Club Romania member who posted a photo of the old screen next to the new one installed in the car, highlighting the difference between the two.

In the photo posted by Vlad Ionut Coste on the Facebook group shows the new screen is evidently larger than the old one, but it appears to fit exactly in the same space – it doesn’t look like Tesla changed the design of the console (so owners could also retrofit the new screen and upgrade if they have a car equipped with the older screen). The extra screen space comes courtesy of the fact that the new screen has considerably thinner bezels all around; this also makes the rear passenger area in the Model S and Model X look considerably more modern.

It also looks like the new screen is higher resolution and has better definition of the graphics and text it displays. Colors also appear different, and the new screen seems to not have the slightly warm look that the old screen exhibited, although this could just be due to how the photo was taken, so we can’t say for sure, but it does look like it displays a cooler image.

We don’t know if Tesla added any new functionality with this new screen, there has been talk of adding support to connect bluetooth headphones directly to the rear screen – this has yet to be confirmed.

It is also not clear when Tesla will officially introduce this screen in production vehicles – perhaps it already has but it was not observed until now. Let us know in the comments if you recently took delivery of a new Model S and Model X and whether you have the old or new style screen.