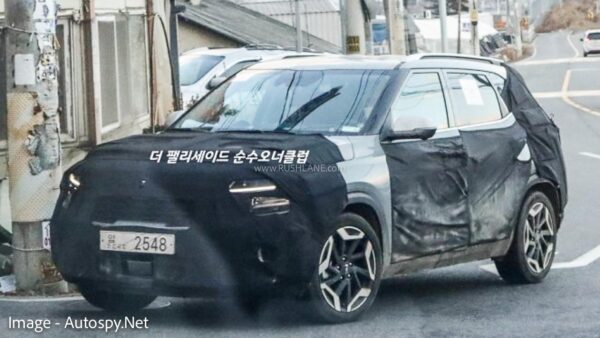 An upgrade has become necessary as panoramic sunroof is available with not just Creta, but MG Astor as well

At the time of its launch in 2019 and even today, Seltos comes with a single-pane sunroof. With growing preference for panoramic sunroof in SUV segment, Kia will be introducing this feature for Seltos. It will be available with Seltos facelift, which is expected to be launched later this year. The updated compact SUV is likely to debut before Creta facelift, which is also due in H2, CY2022.

Design changes will be a lot. Upcoming Seltos 2022 will be inspired by Kia’s new design language which we have already seen on the new gen Sportage. The front as well as the rear will be heavily updated. New alloys can be clearly seen in the latest spy shots. Interiors too are expected to get revamped with new features, seat fabric, new dual tone dashboard, etc.

Engine options for Kia Seltos facelift will be same as current model. It includes a 1.5 litre NA petrol (115 hp), a 1.4-litre turbo petrol (140 hp) and a 1.5 litre turbo diesel (115 hp). Prices will slightly be increased, considering the new features.

While there is no confirmation, it could be possible that some sensor-based ADAS (Advanced Driver Assistance Systems) features may be offered with Seltos facelift in India. International spec test mules have been spied with ADAS radar module in the front. In this segment, only MG Astor currently offers ADAS features. 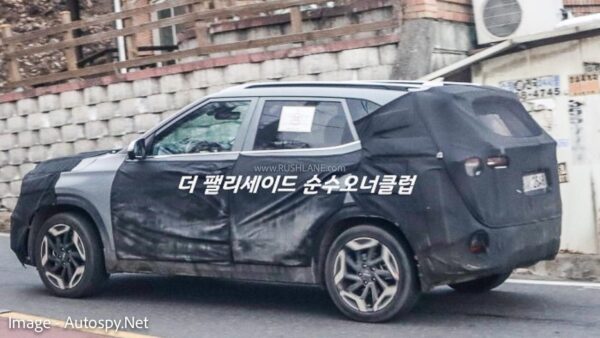 Astor utilizes an Autonomous Level 2 system that has lane functions, speed assist system, adaptive cruise control, rear drive assist and front collision warning. If Seltos facelift gets ADAS, it’s likely that it will be made available with Creta facelift as well. 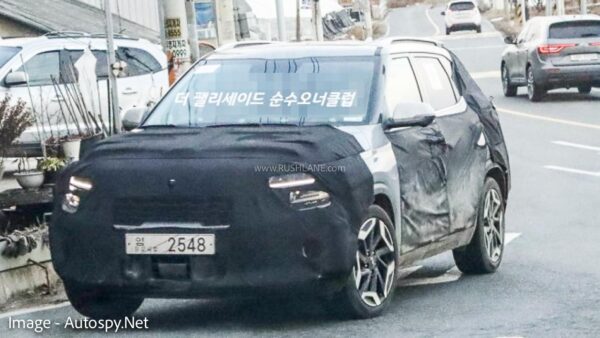 Multiple new rivals have emerged in compact SUV space in last couple of years. It includes Skoda Kushaq, Volkswagen Taigun and MG Astor. While Seltos is ahead currently, its sales are not as good as they were at the time of its launch. New rivals have been registering consistent sales, which appears to have eroded Seltos’ sales volumes.

In Feb 2022, Seltos sales were at 6,575 units. This is better than Kushaq (2,307), Astor (2,275) and Taigun (2,388) individually. But when taken together, the trio has better numbers to show. Competition will increase even more in this segment later this year, as Maruti and Toyota will also be launching their respective mid-size SUVs. 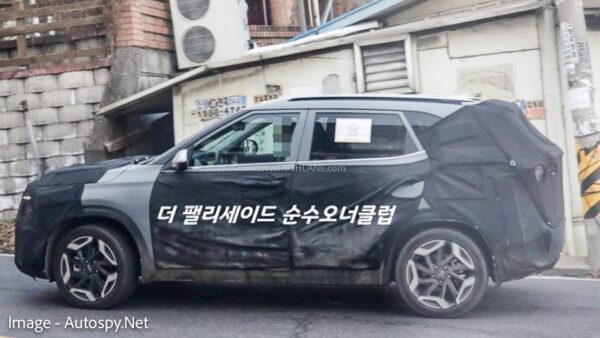 These will be twins, something similar to the product sharing partnership evident with Baleno/Glanza and Brezza/Urban Cruiser. However, it is not known if Maruti / Toyota new compact SUVs will be equipped with panoramic sunroof.

Adding a panoramic sunroof will place Seltos at an advantageous position in comparison to its nearest rivals. This feature is expected to be offered with top-spec variants of Seltos facelift. Other variants will continue with the existing single-pane sunroof.

I have driven on almost all terrains so far with as much as 7 full grown adults and weekend luggage and found no power issues whatsoever with the diesel auto. BHPian guru_to_be recently shared this with other enthusiasts. Hi all, Would like to post a quick few review points ...