If you’re looking for a midsize crossover SUV, you’ll have plenty of choices in this crowded segment. But if you want all-around excellence at a reasonable price, the field narrows a bit. According to Vincentric, the best value among midsize SUVs is the Hyundai Palisade, which recently earned a 2022 Best Value in America award. The Palisade beat out stiff competition, including its lauded cousin, the Kia Telluride. 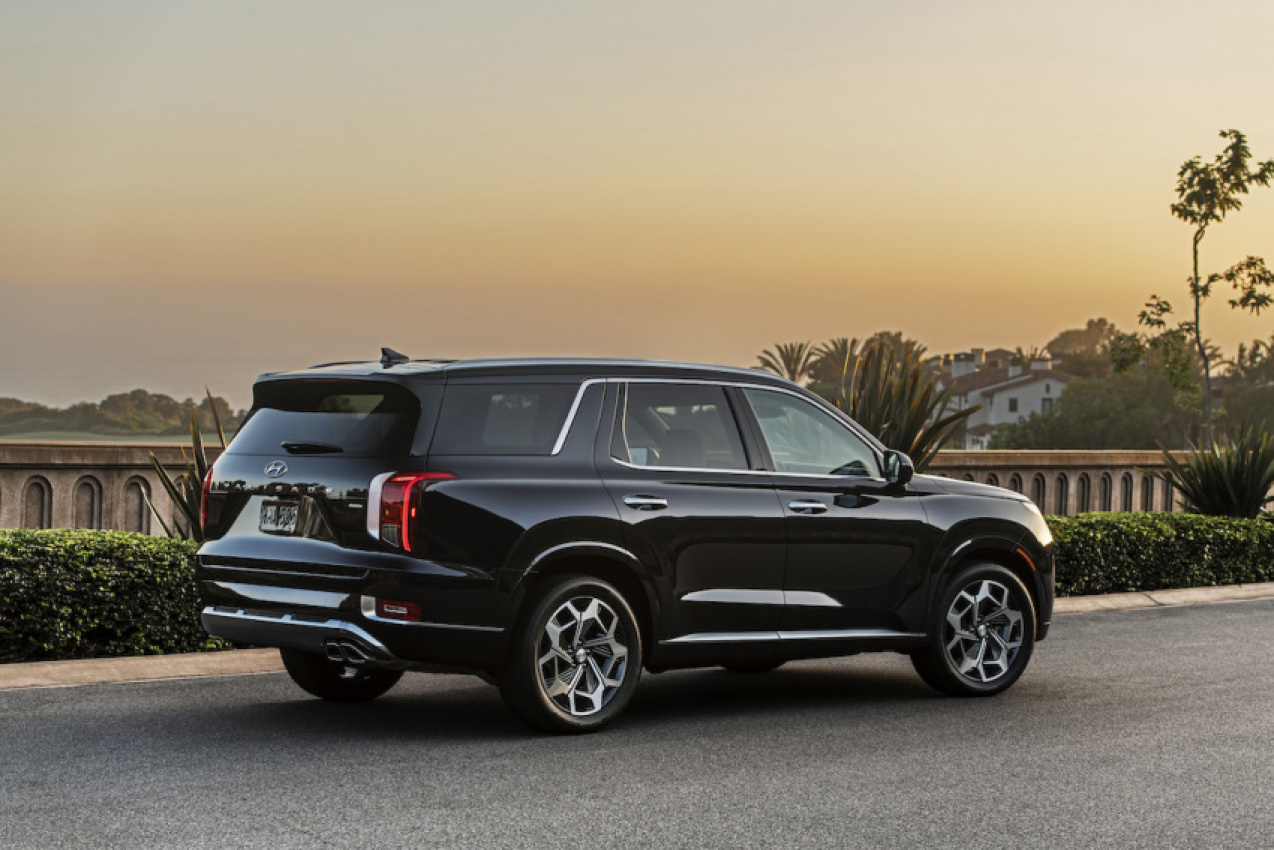 Vincentric is a privately owned automotive market research firm based in Bingham Farms, Michigan. The company provides car dealerships with sales and industry data and marketing tools for businesses looking to establish fleets. But prospective car buyers can find value in Vincentric’s cost-of-ownership data, drawn from multiple sources and well-respected in the auto industry.

Vincentric also showcases its data through the Best Value Awards. The firm bestows these honors on cars with the lowest ownership costs in the U.S. and Canada. Vincentric hands out these awards in multiple segments of new, certified pre-owned (CPO), and fleet model vehicles.

And though, ultimately, the 2022 award for Best Value Midsize SUV went to a Hyundai, sibling brand Kia won awards in multiple categories in the CPO category this year, including best-value subcompact sedan (Kia Rio), compact sedan (Kia Forte), and compact hatchback (Kia Soul). And among new cars, the Rio won for best value among subcompact hatchbacks.

But despite the critical and consumer praise the Kia Telluride has garnered, it couldn’t match the Hyundai Palisade for overall value.

What makes the Hyundai Palisade the best value among midsize SUVs?

According to Vincentric, the Hyundai Palisade notched the award because its five-year cost of ownership comes in 8% below the firm’s estimates. Vincentric analysts compared the average market price of the Palisade with those ownership costs, and the SUV came in far lower than 21 other vehicles in the segment.

Despite the Telluride’s loss in this category, Kia shouldn’t feel too bad. Or perhaps the Hyundai Motor Group should not, as that company owns and manufactures Hyundai and Kia vehicles. The two midsize SUVs are similar, sharing many of the same mechanical elements. Though their exterior and interior design and features differ slightly, the Palisade and Telluride are corporate cousins.

And Kia has continued to score awards that illustrate the high value of its cars. Recently, the 2022 Kia Telluride won this year’s Kelley Blue Book Best Buy Awards in the midsize three-row SUV category. It’s the third year in a row the Telluride has picked up this honor. And the Kia Seltos won the same award in the subcompact SUV category in 2022 and 2021.

Awards or not, demand for the Kia Telluride remains high. In recent months, the Telluride’s price has skyrocketed. A dramatic increase in market price could be a clue as to why it didn’t best the Palisade, according to Vincentric’s metrics.

What owners value in the Hyundai Palisade

And when you examine the Hyundai Palisade more closely, you’ll find that, in addition to enjoying low ownership costs, Palisade drivers are also highly satisfied with the SUV.

As Consumer Reports notes, the 2022 model packs a V6 engine, paired with an eight-speed automatic transmission, that can hit 0 to 60 mph in 7.1 seconds. That’s impressive for a vehicle in this segment. And though you’ll pay more for gas when driving a larger vehicle such as an SUV, the Palisade’s fuel economy is respectable, with 21 mpg combined (15/29 mpg city/highway).

The Palisade performs well enough for an SUV, with stability control and braking being positives. Inside, occupants will find minimal wind and engine noise, adding to ride comfort. And both the driver and passengers can find a lot to like in a cabin offering comfortable seats and plenty of legroom and headroom.

Standard tech features such as a touchscreen infotainment system with Android Auto and Apple CarPlay integration are nice, though the controls aren’t as easy to use as those of some competitors. But the Palisade’s inclusion of multiple advanced safety features — such as forward-collision, blind-spot, and rear cross-traffic warning systems and automatic emergency braking with pedestrian detection across all trims — is a nice touch.

The Hyundai Palisade is a great option for prospective buyers looking for a high-value, affordable alternative to the Kia Telluride. And the Palisade boasts an award to prove it.

3 Most Common Hyundai Elantra Problems Reported by Hundreds of Owners

Hyundai Elantra N vs. Golf GTI: The Newcomer Takes on the Old Guard

Comparing the Elantra N and Golf GTI: By the Numbers Performance focused features Road-tripping the Golf GTI and Elantra N Which car provides the better value? In the conversation about practicality and fun, the Golf GTI is always a contender. Entering its fifth decade of bringing joy to the ...

2020 Kia Soul 2019 Hyundai Kona  2018 Buick Encore 2016 Honda HR-V While most affordable used cars and SUVs are usually found in the $30,000 range to start, it doesn’t mean you can’t find one that’s more budget-friendly. In fact, you can find four subcompact SUV models that have ...

This well-decorated EV really proves its worth

Hyundai Ioniq 5 receives over 650 bookings; deliveries to start in March

Hyundai launched the all-new Ioniq 5 in India at the Auto Expo 2023 and it has now announced that the deliveries of the EV will commence in March this year. The carmaker also revealed that the Ioniq 5 has received over 650 reservations. Notably, the electric crossover was launched at ...

The car has only run 20,000 km in the 5 years of our ownership. BHPian CEF_Beasts recently shared this with other enthusiasts. Even we have an August 17’ Creta SX+, in Sleek Silver with the 1.6L NA petrol mated to the 6-speed torque-converter. Our choice was between the Sleek ...

Indian television actress and winner of the popular reality show “Big Boss” Season 6 Urvashi Dholakia’s car was recently involved in an accident. The actress was travelling from her house to a film studio when the accident happened. As per reports, the actress’s Jeep Compass was hit by a school ...

Hyundai Ioniq 5 Bags Over 650 Bookings; Deliveries To Begin From March

Highlights The Hyundai Ioniq 5 has bagged over 650 bookings so far. Hyundai had expected to deliver 250-300 Ioniq 5's in one year. The Ioniq 5 is currently priced in India at Rs. 44.95 lakh. Hyundai Motor India has said that the company has received over 650 bookings for the ...

This May be Kia EV9 Configuration and Pricing Information

All-new 2023 Hyundai Verna: Production to commence in India from March

Novelis named ‘Supplier of the Year’ by Hyundai Motor Group