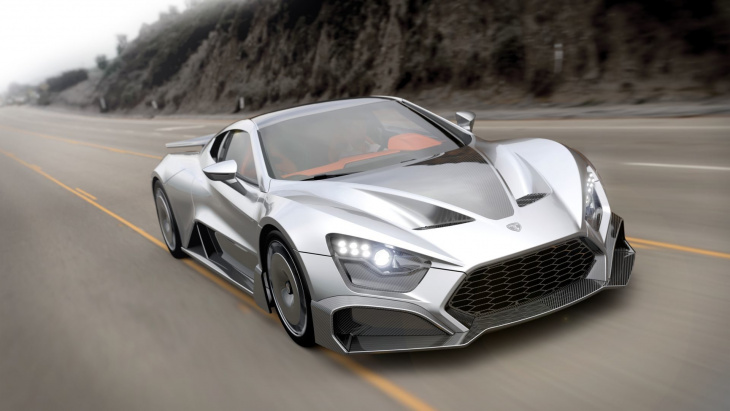 Zenvo has revealed a final, ‘low-drag’ version of its TS model: the TSR-GT. With aero wheel discs and an elogated rear spoiler, the Danish hypercar can reach a top speed of 263mph.

The luxurious, less track-focused TSR-GT is a last hurrah for the TS series after six years in production. Zenvo plans to launch a new hybrid hypercar in autumn 2023.

Only three examples of the TSR-GT will be made – and all have already been sold. The price hasn’t been published, but reckon on at least £1.5 million. 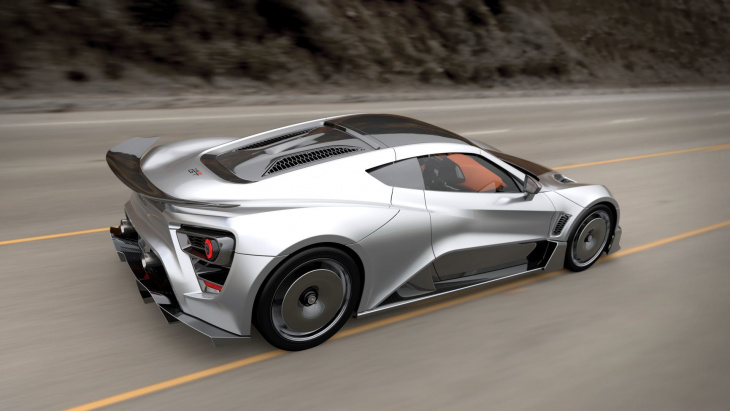 The mid-mounted, twin-supercharged V8 of the TSR-GT is fitted with the new TS Power Pack. This increases output from 1,193hp in a ‘standard’ TSR-S to 1,379hp here.

Driving the rear wheels via a brutally quick sequential gearbox with helical-cut dog gears, it blasts the Zenvo to 62mph in less than three seconds.

The new rear spoiler is hand-made from pre-preg carbon fibre, and replaces the unique ‘centripetal’ wing of the TSR-S. The latter item can tilt while cornering to boost downforce, and also flips up to function as an airbrake.

The GT’s wing is fixed and designed to reduce drag – helping towards that headline-grabbing 263mph top speed (up from 202mph in the TSR-S). 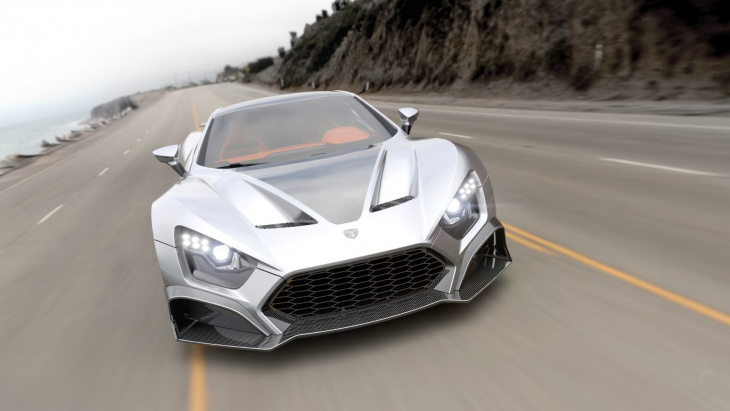 Inside, the GT swaps the raw, racecar feel of its siblings for a more comfortable and refined environment. There’s leather instead of Alcantara on the seats, dashboard and steering wheel, along with ‘noise reducing’ mats to cover the carbon fibre floor.

Zenvo chairman Jens Sverdrup, who joined from American hypercar marque Czinger in 2021, said: “A new era for Zenvo beckons, but before then, we’ve created our interpretation of a GT variant of the TS platform. We’ll make just three models, all of which are allocated to global collectors, much like Tim Burton’s [AKA YouTuber Schmee150’s] TSR-S, which he took delivery of in August.

“The final edition of the TS Zenvo platform – the TSR-GT – warrants a drastic styling change, yet remains in keeping with the traditional Zenvo aesthetic. This is a fitting addition to the TS platform, which has spanned across four models. Originally established in 2016, it has created the race-only TSR, TS1 GT and famed TSR-S hypercars.”

So what comes next? Speaking to us in an interview for Robb Report last year, Zenvo founder Troels Vollertsen confirmed the forthcoming new car is a hybrid, rather than fully electric.

“It will be an ultra-lightweight car for road or track use,” he explained. “It’s a clean-sheet design, albeit with recognisable Zenvo DNA. Hybrid tech opens up a lot of possibilities. The batteries will offer extra boost and energy recuperation, while the electric motor also acts as a starter generator and reverse gear.

“We are running a test mule with a hybrid gearbox at the moment, and working on rear- and four-wheel-drive versions of the platform. I don’t have any figures, but we’re aiming for a power-to-weight ratio of one horsepower per kilogram.”

We’ll be following the Zenvo story closely in 2023. One thing seems certain, however: this small company from Praesto, near Copenhagen, certainly isn’t slowing down.

This is the 263mph Zenvo TSR-GT… and surprise, it’s sold out