You have too much ‘fluff’ in your expenses. Here’s how to cut it

Most independent automotive shops have about 15-20 per cent of “fluff” in their expenses — money that is not going to the shop’s bottom line, according to a shop coach.

Bryan Stasch, vice president of product and content development at the Automotive Training Institute, told shop owners at a recent convention, often asks the shops he coaches questions about their expenses but can’t usually get a straight answer.

When he talks with accountants, they tell him about the “fluff” on shops’ bottom lines. He suggested going through expenses every quarter if for no other reason than to see what’s going on.

“So how often do you folks dig through those expenses?” he asked ASPs at NAPA Exp 2022.

He recommended shop owners learn how to read their financial numbers and look at where their expenses are going. “How many of you look at that, versus a ‘set it and forget it’ kind of scenario?” Stasch asked. 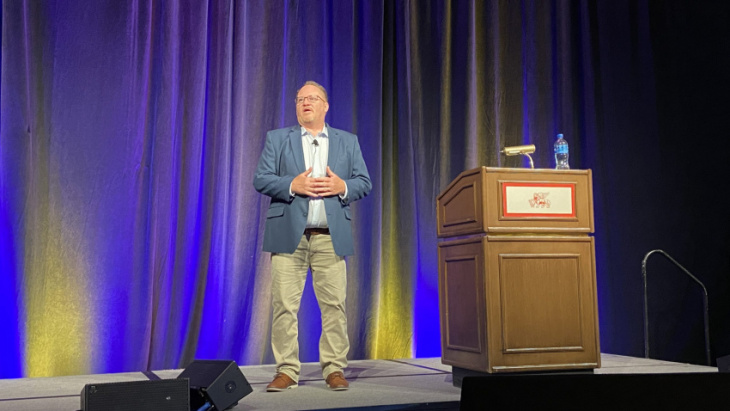 Examples he cited were cycle times — how quickly you can get a vehicle repaired and out the door — and, relatedly, technician efficiency. Improving in these areas, Stasch said, can help reduce expenses and make shops more profitable.

He also looked at 2008 when the Great Recession hit. Car counts went down. Shops took a hit. While today’s economic challenge has gone in the other direction for the aftermarket, that doesn’t mean the industry can’t be hurt in some way. What that time more than a dozen years ago showed, he stressed, was that there are areas for shops to cut back on.

“And I’d want to bet every one of you have at least 10 per cent of expenses that could be trimmed,” Stasch said during his session, Finding Money by Understanding your Financial Numbers.

He suggested starting with the first line on your chart of accounts. Is there something you can change? If yes, change it. If not, move to the next one. Repeat this process all the way through.

“Those dollars that move through your fingers, about 10% of that you can make go away,” Stasch estimated.

There are new pressures on expenses today that weren’t there before, such as higher wages and demands for better benefits.

“How many of you are competing against a limited pool of people that you need to attract from and you better be the biggest player in the market?” he observed.

Keyword: You have too much ‘fluff’ in your expenses. Here’s how to cut it