You can buy this one‑off Q40 Defender at the Revival

Here’s a special one-off Land Rover Defender with a twist: it’s been inspired by the RAF’s Chinook helicopter. Nope, it doesn’t fly and it doesn’t get twin rotors, or even a pair of engines, but it does boast a hand-crafted rebuild executed with military precision. See it – and even buy it – at the Goodwood Revival this weekend. 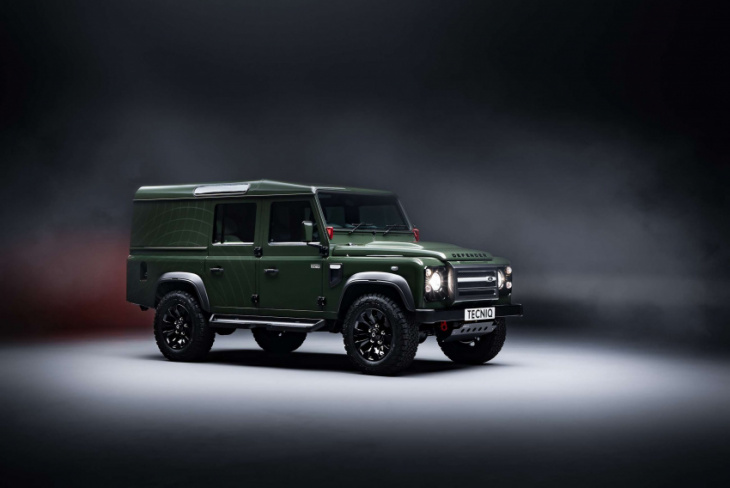 It’s called the Q40 Defender by Tecniq and the point behind it is to honour the heavy-lift aircraft and its remarkable 40 years of active service with the RAF – the Chinook is just as much of a stalwart as the Defender, after all. Bonhams will be auctioning it at the Revival sale at Goodwood on Saturday 17th September, with all proceeds being donated to the Royal Air Forces Association.

Now we all know the now-superseded Defender hasn’t exactly been short of attention from restorers, tuners, restomodders, customisers and even companies intent on building it again. But this one is a little different, even if you don’t get the helicopter connection. The reason is the company that’s built it. 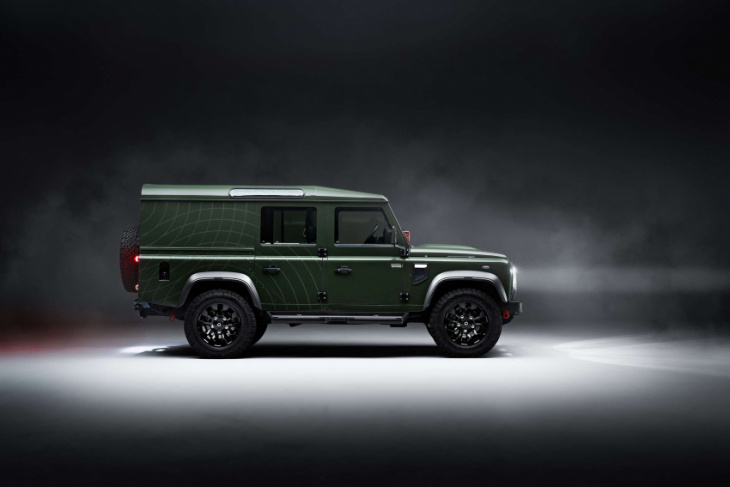 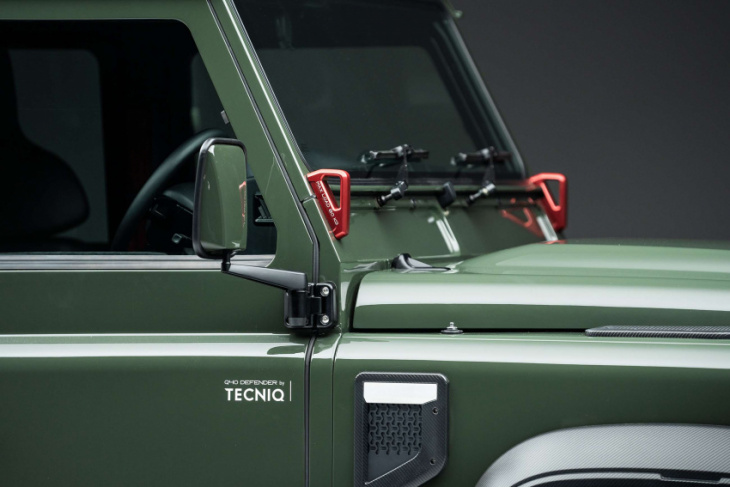 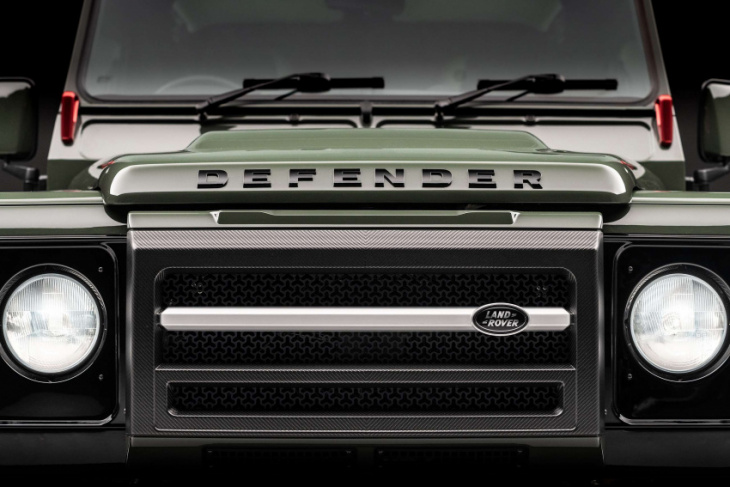 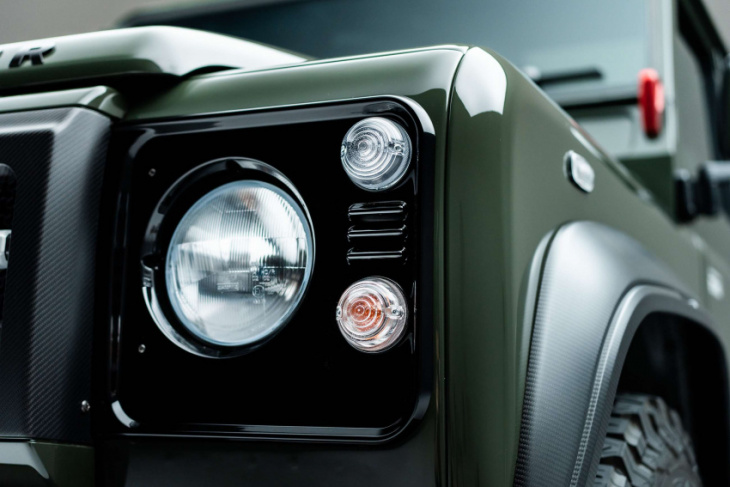 Few people outside the industry have heard of Tecniq, and most of what they do is never acknowledged. But the Essex-based automotive design, engineering and manufacturing facility is a go-to outfit for car-makers in need of specialist help with limited-volume, high-end models. For example, it’s been reported they did the entire interior of the Ford GT supercar.

So when Tecniq says it has given the Defender “a complete redesign and rebuild” to improve the 4×4’s performance, dynamics and efficiency, you’d better believe it. Colour, trim, materials and design cues have all been chosen in league with RAF Odiham, the Chinook squadron’s Hampshire base. 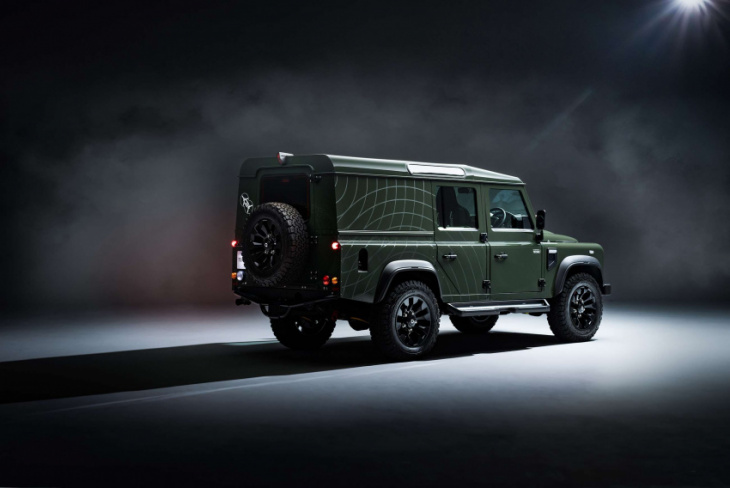 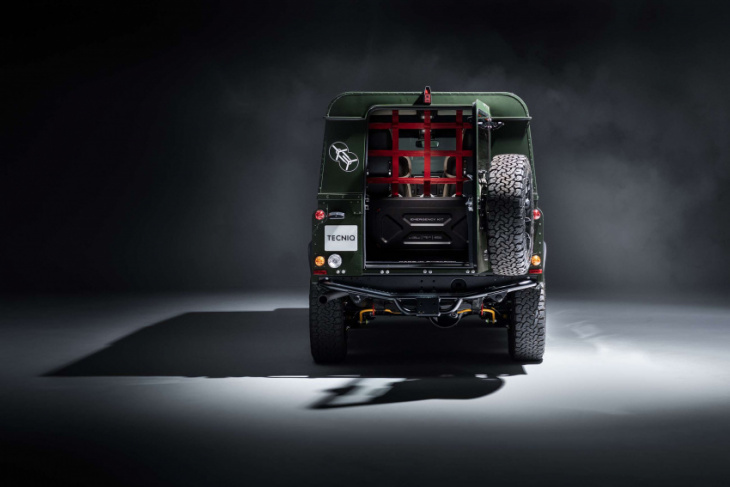 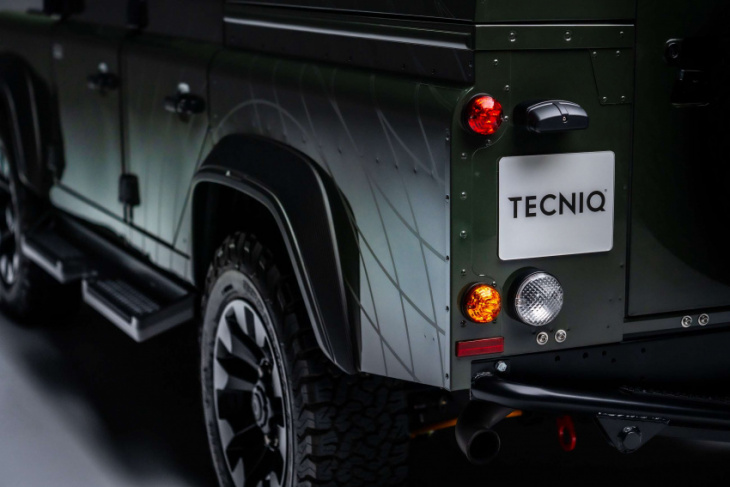 The result is a spectacular makeover of the 4×4 icon. It’s very bespoke, very cool looking and loaded with stunning details, from billet machined aluminium parts to hand sewn leather. Inside there’s a feast of aluminium, leather and Alcantara trim with a new rear bulkhead in carbon-fibre. Switch consoles, steering wheel, audio equipment and cabin lighting are all bespoke too. There’s even a bit of the Chinook in there: the webbing used to separate the luggage compartment is from the aircraft. 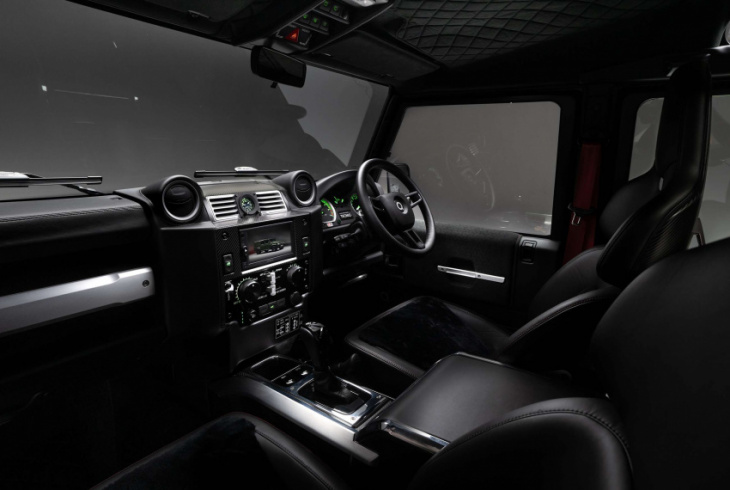 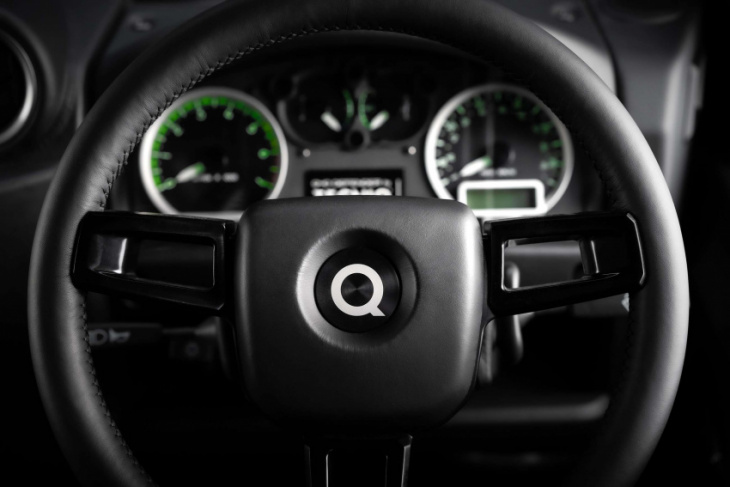 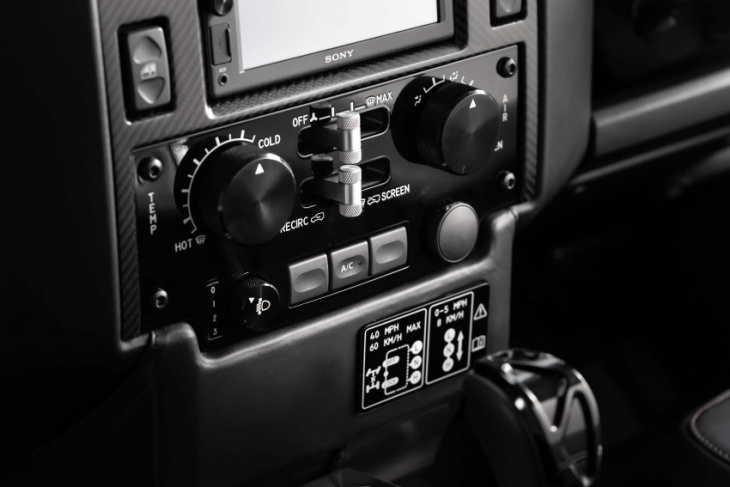 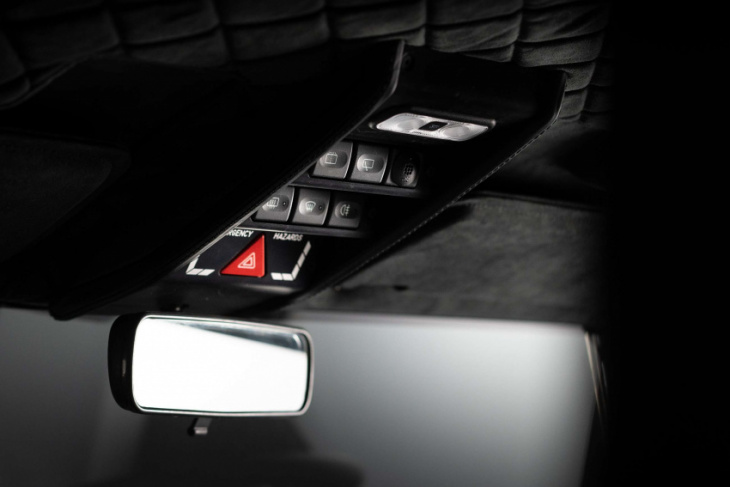 The RAF camouflage look is achieved by matt and gloss shades of olive green paint (it is actually a Porsche colour). That so-familiar body shape gets LED rear lights, a host of brushed anodised aluminium elements and carbon-fibre wheel arch extensions, bonnet vents and radiator grille.

The mechanical makeover comprises changes to make it a more sporting drive. The engine is upgraded to the 2.3-litre turbo engine from the Ford Mustang, with 307PS (229kW) and 432Nm (319lb ft) torque. There’s a new six-speed automatic transmission with sport mode. 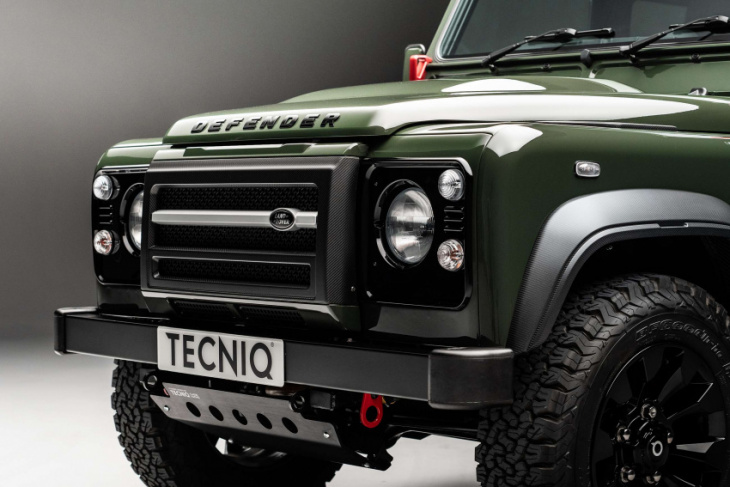 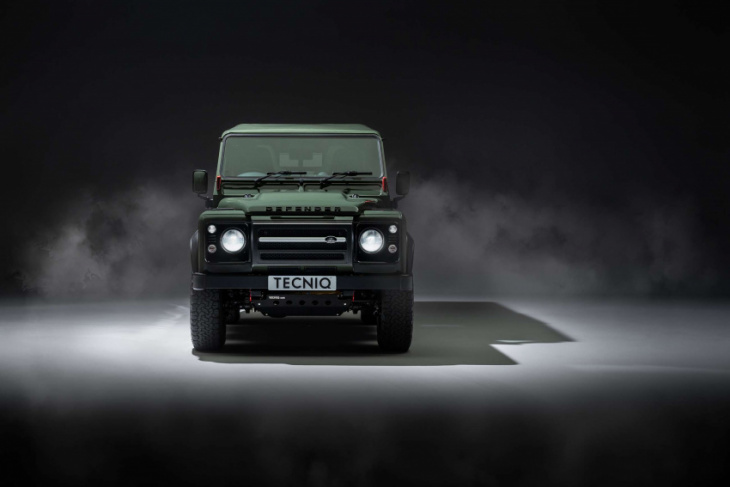 As you might imagine with all this going on, the chassis and running gear haven’t been left untouched. The body has been lowered, the suspension and brakes upgraded (there’s even a change to an electronic parking brake), and adjustable dampers fitted with off-road, sport and comfort settings.

Tecniq CEO Nigel Lempriere tells us: “We have been meticulous to create something completely bespoke which uses the aircraft as inspiration, but which elevates the vehicle to the next level.”

Two icons, one fantastic result, surely up there with the greatest Defenders around, and of which there will only ever be one. What will it sell for? Whatever it is, proceeds from the sale will help the RAF Association’s welfare work in providing life-changing help and support to serving personnel, veterans, and their families whenever they are in need.

Keyword: You can buy this one‑off Q40 Defender at the Revival