After years of anticipation, BMW finally revealed information about the XM SUV yesterday, which now sits at the top of its M range and shares a power plant with the brand’s Le Mans racer.

As standard, the XM makes use of a twin-turbo 4.4-litre V8 engine, which is mated to a plug-in hybrid system. All up, this system is good for a hefty 480kW/800Nm.

Though the XM will be able to hit 100km/h in just 4.3-seconds, it turns out that this isn’t enough grunt as a hotter Label Red variant was also spoken about in the release, which will add even more power and torque to the mix. 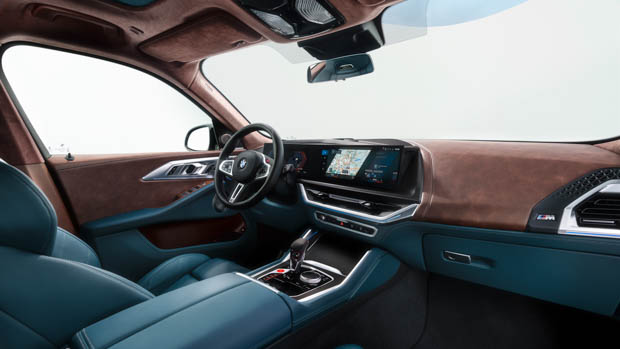 In usual internet fashion, it only took a few hours after the announcement for images of this XM Label Red to be leaked online, coming from an official BMW Austria Instagram account.

BMW hasn’t shed any light on what the Label Red will look like, but these images show that all the detailed trims around the XM will be changed to red, including the 22-inch wheels.

This XM Label Red will be officially revealed near the end of 2023, and has the potential to bring a new “Label” line to BMW’s range of high-performance M vehicles. 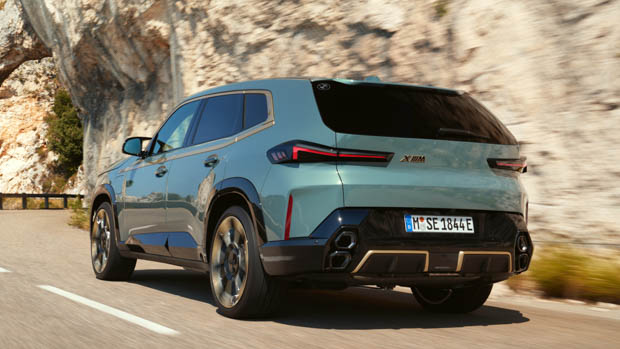 Though body panels will stay the same on the Label Red, dark colours give it an imposing look

During the unveiling of the regular XM, BMW said that this XM Label Red will make use of the same V8 PHEV powertrain as the regular SUV, but its outputs will be bumped up to 550kW and 997Nm.

This extra grunt will likely be gained from the petrol engine, which will be pushed from 360kW/650Nm to 430kW/750Nm, which leaves the 145kW/280Nm from the electric motor unchanged.

Performance will undoubtedly improve with this extra power and torque, but those specific numbers will remain a mystery until the car is revealed in full next year.

Considering that the standard XM will set Australian buyers back $297,900 (before on-road costs) when it lands locally in the first half of next year, the Label Red is likely to be priced well north of $300,000.