World's First Flying Bike Can Be Yours For RM3.5 Million

If you have mad money and want the ultimate flex, how about the world's first flying bike? Presenting the AERWINS XTURISMO 'luxury air cruiser'.

Making its first official debut at the Detroit Auto Show 2022, the XTURISMO flying bike was built and developed by Japanese start-up, AERWINS Technologies. It is also said that it's already in sale in Japan, and those living in the US can cop one for USD777,000 or around the RM3.5 million mark. 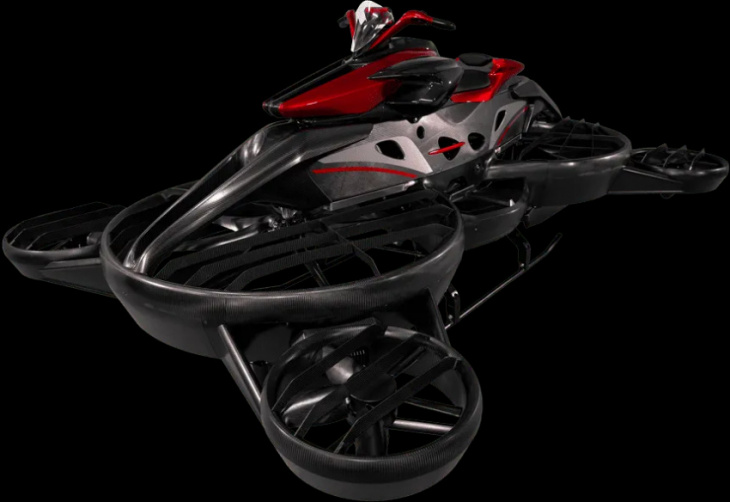 There are no specific details regarding its powertrain apart from the combination of internal combustion and battery with Autonomous Control via an Electric Control System (like a smart hybrid), the XTURISMO weighs in at 300kg with the ability to fly at a maximum speed of 80-100km/h.

With a recommended payload of 100kg, this flying bike has a cruising range of 40km for each flight – a relatively short flight for a bike that can buy you several supercars and some change. But, this is not a supercar. It's a flying bike, like the ones you see in Star Wars or that new Ultraman anime on Netflix ridden by the Alien Wadoran. 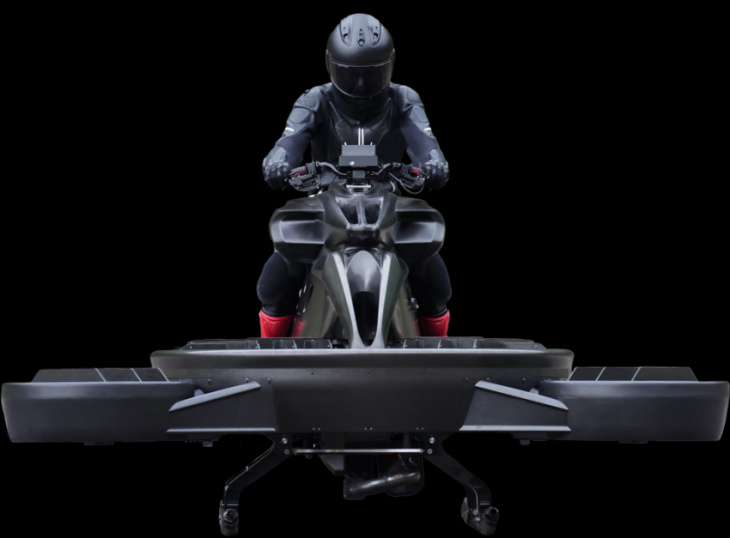 Three colour options to choose from

If you're crazy enough to spend that kind of money on a flying bike that looks like a jetski, first and foremost, can we be your friends? Second, That RM3.5 million price tag gives you an option to choose from three different exterior colours – Red, Blue, or Black.

Set to go on sale in the US sometime in 2023, we're pretty sure that some YouTubers will get their hands on one for some crazy content. Let's hope that crashing a 300kg flying beast that can travel 100km/h won't be as nasty as how we imagine it will.

Keyword: World's First Flying Bike Can Be Yours For RM3.5 Million