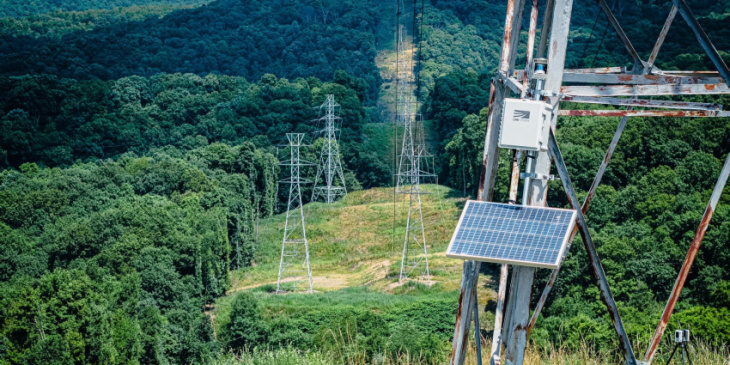 LineVision, based in Somerville, Massachusetts, provides “electric utilities with the real-time monitoring and analytics needed to accelerate the net zero grid.” Here’s why this company might play a crucial role in helping to upgrade the US grid and global grids to ensure that the electrification revolution is a success.

To explain exactly what LineVision does in layman’s terms, it’s easiest to describe it in road traffic terms, as its CEO, Hudson Gilmer, put to me in a video chat. If the electrical grid is like a network of roads, then LineVision adds an extra lane on each road that alleviates traffic as more “cars” are put on the road, such as solar, wind, electric vehicles, and so on.

Gilmer says that one GETs component takes around 20 minutes to install, and one needs to be installed between every two to three miles on the power lines.

The components of LineVision’s technology are made in Maine and Texas, and customers use a secure web interface to access grid analytics. As Gilmer says, “The magic happens in the algorithm.”

Gilmer pointed out that “transmission lines are currently not monitored today. Therefore utilities have to make conservative assumptions about weather. Our sensors can unlock up to 40% capacity, helping utilities to achieve more accurate capacity.”

LineVision’s technology is also capable of “situational awareness” – that’s the ability to sense risks such as wildfires, which can be caused by poorly maintained conductors. The company has also developed an application that detects ice on the line, which it picks up when it senses line movement due to the ice’s weight.

And the US grid needs all the capacity it can get: Gilmer noted that in order to accommodate the electrification that the Inflation Reduction Act (IRA) is going to spur on, grid capacity in the US will need to double by 2035 and triple by 2050.

And seeing how the Federal Energy Regulatory Commission (FERC) passed order 881 in December, which requires all transmission providers to improve “both the accuracy and transparency of transmission line ratings,” the regulatory tailwinds for grid improvement are now strong.

LineVision today announced the closing of its $33 million Series C financing round, which moves it from the early stage to the growth stage, and the company will use the money to accelerate global growth.

The IRA is expected to reduce emissions to 42% below 2005 levels by 2030. Gilmer rightly observes, “The IRA has significant incentives, but it does nothing to solve the grid capacity’s increased demand. Transmission is the critical link.”

Keyword: Without a grid upgrade, US electrification can’t go forward. This company is helping to fix it