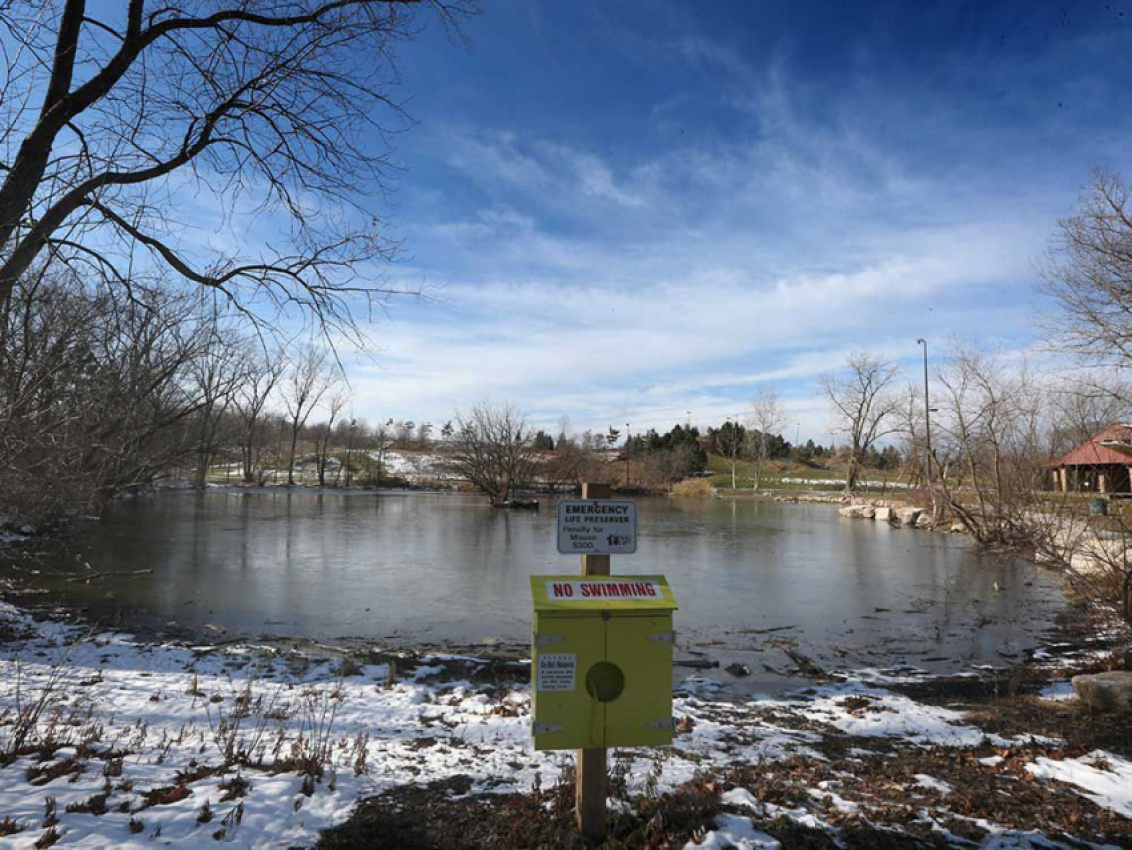 A 64-year-old motorist is facing a dangerous driving charge after his vehicle was seen careening in and around the pond area at Malden Park.

Windsor police said patrol officers responded on Saturday afternoon, around 3 p.m., to reports of a vehicle moving erratically on the pond.

Witnesses told police the vehicle was doing “donuts” on the pond and moving at high rates of speed.

Clear skies and warm temperatures at the time had brought many people to the park, and there was great concern the vehicle was putting the safety of the public at risk.

An off-duty Windsor police officer was among the park attendees. The license plate number of the vehicle and a description of its driver were obtained.

The vehicle had left Malden Park before patrol officers arrived — but a vehicle matching the description was quickly located in the 2000 block of Huron Church Road.

The driver was arrested and his vehicle was seized.

As a result of the investigation, the adult male driver — a Windsor resident — was charged with dangerous driving.