Will this be Kia's Kluger and Prado punisher? Epic Kia EV9 a lock for Australia as full-size SUV market charges up 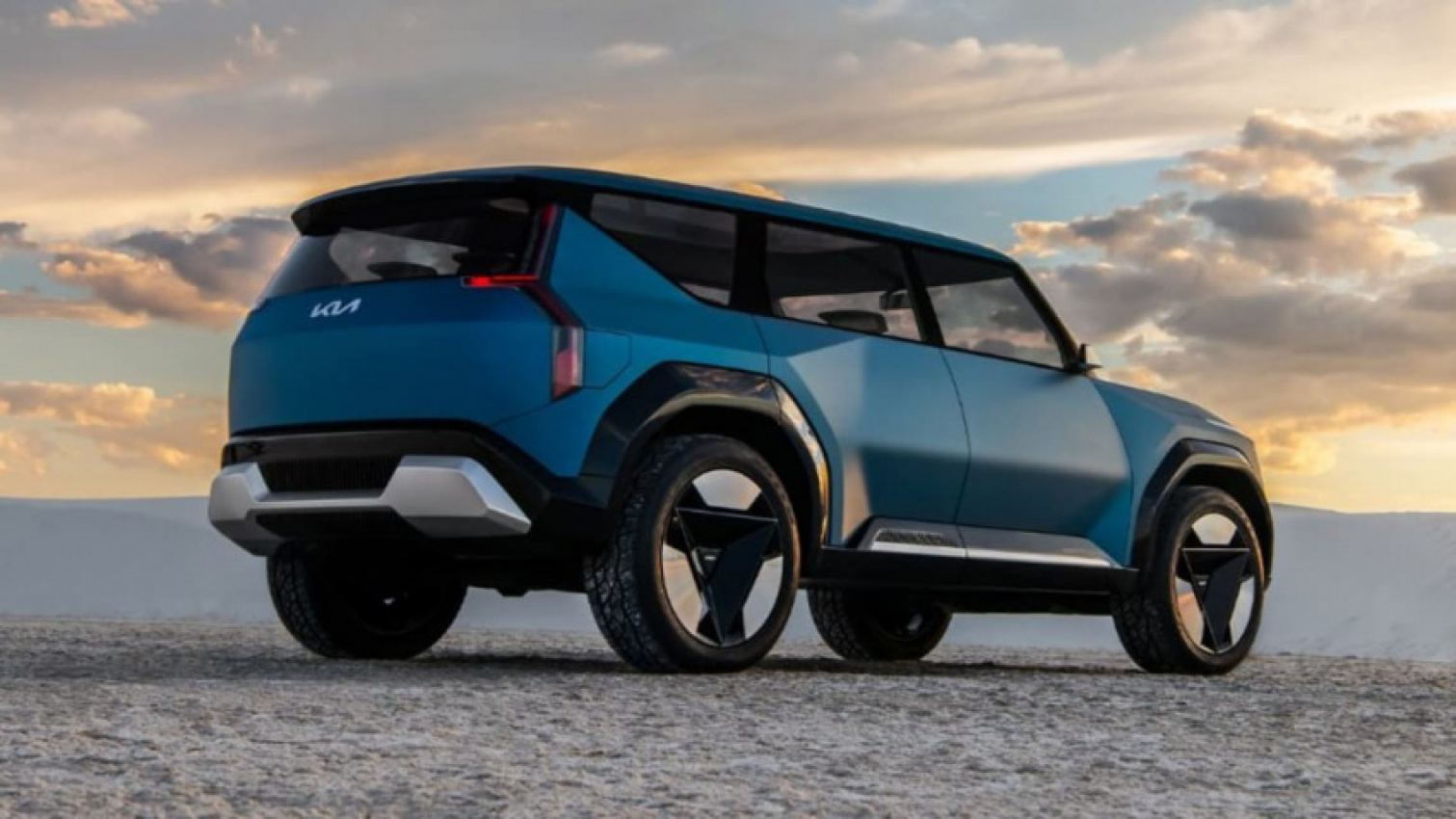 Kia’s epic EV9 has been all-but confirmed for an Australian launch, with the three-row, full-size SUV expected to touch down locally in 2023.

Billed as an all-electric answer to vehicles like the Toyota Kluger and Toyota LandCruiser Prado, the EV9 has already been revealed in near-production guise, with the real thing to follow next year.

And it’s big. The concept version stretches some 4928mm, making it just shorter than the LandCruiser Prado (4995mm) and the Kluger (4966mm).

Those dimensions are enough for Kia to craft a full-size, three-row, seven-seat SUV, making it a proper adventure-ready family vehicle.

While detailed specifications are yet to be confirmed, we do know the EV9 is promising a significant 483km driving range, and that — when plugged into a 350kW charger — should be able to recoup 80 percent of its battery charge in 30mins.

“We are negotiating strongly to bring as many (EVs) to Australia as quickly as possible,” says Kia Australia’s product planning chief, Roland Rivero.

“You can speculate that when photos of large concept vehicles are almost production like, the production version is not far away.”

How much of the concept car will make the production model remains to be seen, including the hood-mounted solar panel, the pop-up steering wheel and the 27-inch in-cabin display.

It does, however, promise to be fast. Despite measuring almost five-metres in length, and weighing in a at several tonnes, Kia promises it will be able to clip 100km/h in just five seconds.

It can accrue range quickly, too, with the EV9 can accrue 100km in range in just six minutes when plugged into the right charger. Over The Air updates and the latest in Kia’s self-driving technology also appears.

So, are you ready for an all-electric SUV?

Keyword: Will this be Kia's Kluger and Prado punisher? Epic Kia EV9 a lock for Australia as full-size SUV market charges up

EV6. Source: Kia A local spokesperson for South Korean automaker Kia has confirmed that Australia will receive a slightly larger allocation of the 2022 EV6 crossover than previously announced, though reports of a “ramp up” in 2023 appear premature. Kia Australia’s media and corporate communications manager, Alyson MacDonald, confirmed ...

The 2022 Kia Telluride Still Has It

US: In September Kia EV6 Sales Decreased To The Lowest Level So Far