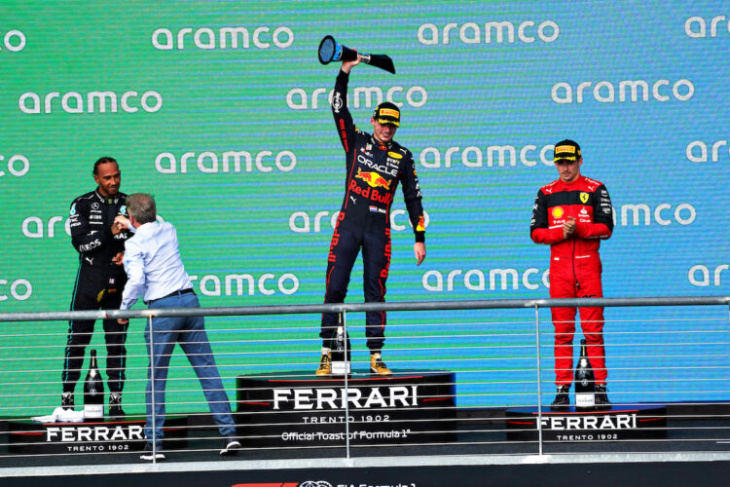 Max Verstappen took his 13th race win of the 2022 Formula 1 season on Sunday at the US Grand Prix, prevailing following a late battle with Lewis Hamilton.

The trio have all taken 13 race wins in a single season, which stands as a record in F1 – Schumacher achieved the figure in 2004, while Vettel matched his German compatriot in 2013.

Verstappen’s dominant 2022 campaign, which delivered him his second title, sees him match the impressive record – however the Dutchman asserts that the is not overly impressed by his own achievement.

Hamilton thought ‘for a second’ he could win US GP

With more and more races being added to the calendar, drivers are now more likely to break the record.

This year, 23 races are being staged, with Verstappen having the potential to take 16 wins as three remain on the 2022 schedule.

“I’ve said before that we are also doing more races a year,” Verstappen said. “So they are not always justifiable.

I mean, I think, yeah, we are having an amazing season, but of course when you have a great car, you can win a lot of races.

“But of course I’m proud of winning a lot of races, but I don’t really look at these kinds of stats. I’m just happy winning races.”

Verstappen has the chance to make the record his own this weekend in Mexico, which hosts the third-to-last round of the season.

Red Bull enters the race weekend having picked up the Constructors’ Championship in Texas, its first since its dominant 2013 season with Vettel.

Keyword: Why Verstappen is unbothered by most F1 wins in a season record