If anything, it looks inspired by Nio or Xpeng vehicles, not Tesla. 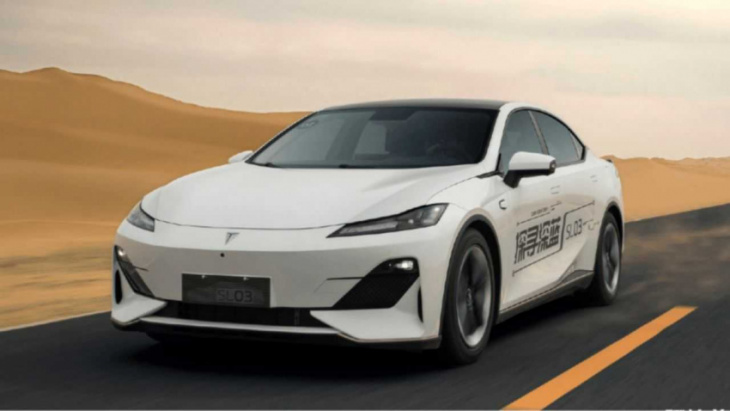 Not long ago we wrote about a new Chinese off-road EV that was announced with several features inspired by the GMC Hummer EV and a somewhat similar aesthetic. The automotive scene immediately branded it a Hummer EV clone (even though it is very different in many ways, especially looks) and it appears that the internet is at it again, with several reports stating that this sleek electric sedan from China’s Changan Automotive is a Tesla Model 3 clone.

Now frankly we don’t know what any of these articles are on about because there is little resemblance between the Changan Shenlan SL03 and the Model 3, other than the fact that they are both sedans and have the number 3 in their names. They have different proportions, different fascias and the interiors are not alike at all.

The SL03 is a fine looking sedan that looks more traditional and conventional than a Model 3, with a more aggressive front end and a more clearly defined three-box shape compared to the Tesla. Nothing about its design even appears inspired by Tesla, both inside and out, so we feel that the internet is being unfair to Changan Automotive (which wants to switch to EVs as early as 2025) in this particular instance.

If anything, it looks a lot closer to Nio (the front fascia) and Xpeng (the C-pillar area and the style of the light clusters) sedans as opposed to anything from Tesla.

The vehicle undercuts the Tesla Model 3 in China, with a starting price equivalent to around $26,000, and for that you get the base battery pack quoted for 515 km (320 miles) of range, or you can opt for the larger pack that boosts claimed range to 705 km (438 miles). Both are competitive alongside the Model 3, whose Chinese starting price is equivalent to just under $40,000.

Keyword: Why Is The Internet Calling This $26,000 Chinese EV A Tesla Clone?