When I heard the talented Frank Grillo would be playing Ferruccio Lamborghini in an upcoming film, I got very excited. There hasn’t been a historical film about taking on Ferrari since…well, Ford v Ferrari. But then I caught sight of the poster and almost laughed out loud: It shows Frank Grillo getting out of a yellow Ferrari 250 California. Though this detail will be missed by most casual moviegoers, there is actually a sound historical reason behind it.

Did Ferruccio Lamborghini drive a Ferrari?

Ferruccio Lamborghini came from a humble background but honed his talents as a mechanic in the Royal Air Force during WWII. He founded an innovative tractor company, which boomed in the postwar economy. With the profits, he bought many sports cars, including several Ferrari 250 GTs.

In 1991 Lamborghini actually completed an interview with Thoroughbred & Classic Cars which you can find on the Lamborghini Talk. He revealed that at one point he had a different sports car for every day of the week. But he had a major problem with his Ferraris:

“All my Ferraris had clutch problems. When you drove normally, everything was fine. But when you were going hard, the clutch would slip under acceleration; it just wasn’t up to the job. I went to Maranello regularly to have a clutch rebuilt or renewed, and every time, the car was taken away for several hours and I was not allowed to watch them repairing it. The problem with the clutch was never cured, so I decided to talk to Enzo Ferrari. I had to wait for him a very long time. ‘Ferrari, your cars are rubbish!’ I complained. Il Commendatore was furious. ‘Lamborghini, you may be able to drive a tractor but you will never be able to handle a Ferrari Properly.’ This was the point when I finally decided to make a perfect car.” 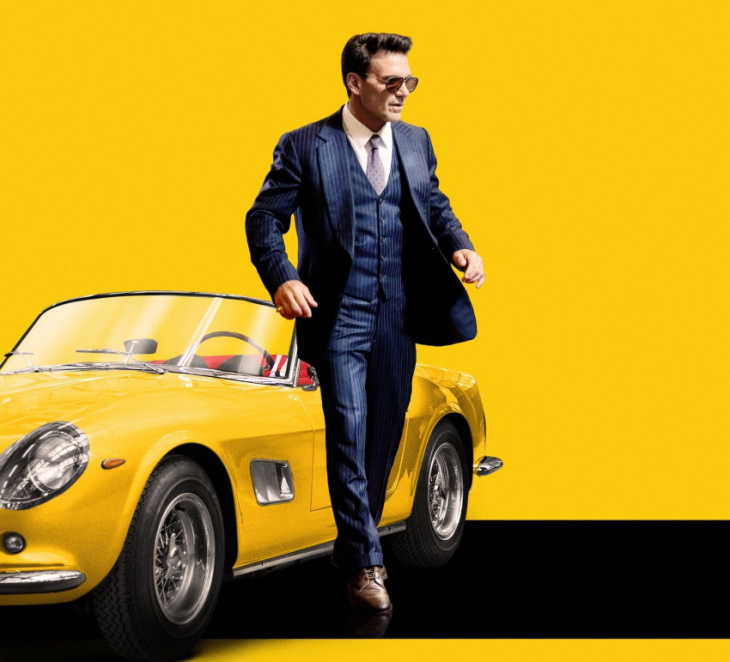 So while it may be confusing that the new movie poster depicts Ferruccio Lamborghini stepping out of a Ferrari 250 GT California, it portrays an important point in his life. Presumably, we will see Frank Grillo (Many Saints of Newark, Captain America) act out this decision to modify his Ferrari in the film. It is worth noting that the poster shows a convertible “Ferrari California,” but the real-life Lamborghini owned coupes.

Lamborghini began his automotive career by modifying his Ferrari 250 GT

Lamborghini took his modified Ferrari 250 GT to the highway entrance near the Ferrari test track and waited. When he saw the test drivers leaving the track and merging onto the highway he followed–then he raced them. He remembers that his modified car was “at least 25kph faster than theirs thanks to our four-cam conversion.”

Beating the cutting-edge Ferrari test cars was exactly the boost Lamborghini needed to found his own car company. He released his first grand touring car in 1963.

Read more about the difference between SOHC Vs DOHC.

Automobili Lamborghini was a major Ferrari competitor from the jump 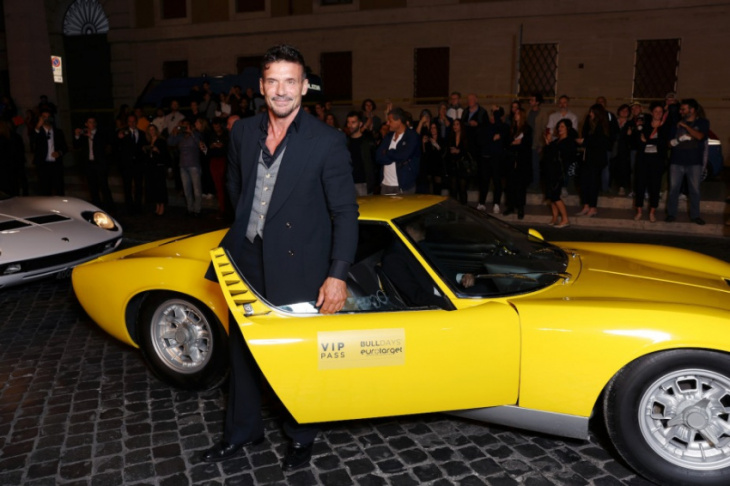 Lamborghini was not only a Taurus, but he had a lifelong fascination with bullfighting. When time came to decide a symbol for his self-named car company, a raging bull was the clear choice.

The primary goal of Automobili Lamborghini was to build a grand touring car. That means a track-ready race car capable of covering long distances, corning well, and outfitted with the latest luxury features. Ferruccio Lamborghini’s first car was the front-engine, RWD 350 GT. It was the clear evolution of his work modifying–and improving–his Ferrari 250 GT.

For the 1966 model year, Lamborghini upgraded to a rear mid-engine, RWD layout with his introduction of the Miura. This is the layout that Lamborghinis are known for to this day. But the financial crisis of the early 1970s hit all of Lamborghinis businesses, and he ended up selling of his controlling shares in Automobili Lamborghini and retiring by 1974.

Next, read why Lamborghini killed the Aventador or watch the trailer for the new film in the video below:

Keyword: Why is Lamborghini Driving a Ferrari in the Poster for the Frank Grillo Movie?

Charles Leclerc is set to benefit from Ferrari reportedly opting to hire Frederic Vasseur as their new team principal. Mattia Binotto resigned from the job after losing the trust of Ferrari’s hierarchy amid a series of strategy errors, despite leading them to second-place in the constructors’ championship and steering ...

F1 driver Charles Leclerc’s ex-girlfriend Charlotte Sine is a fellow resident of Monaco. Sine, aged 22, began dating Ferrari driver Leclerc, 24, at the end of 2019 but they broke up in December 2022. They both hail from the Principality of Monaco. Sine is an architect who also owns a ...

Haas team principal Guenther Steiner has claimed Ferrari’s engine for F1 2023 will be “the bomb”. Ferrari made sizeable gains with their power unit during 2022 but a series of early catastrophic failures forced the team to wind down their engines during the second half of the season amid ...