Designers don't run car companies, so what's the business reason behind it? 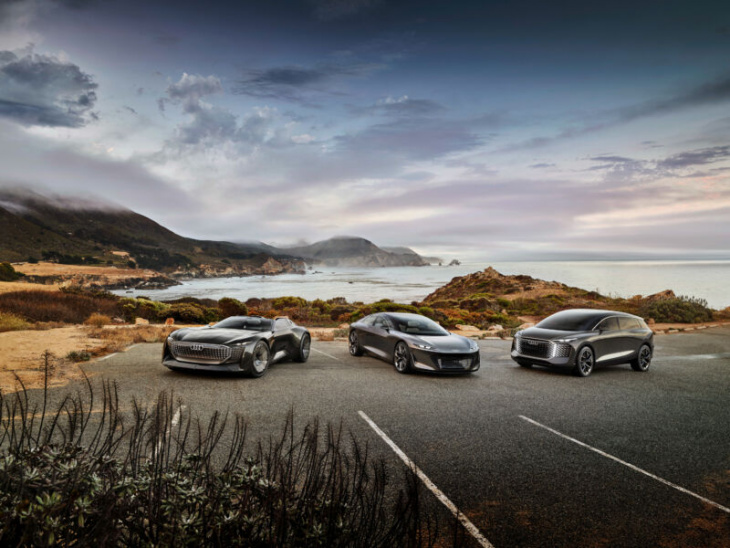 / From left to right, the Skysphere, the Grandsphere, and the Urbansphere concept cars.Audi

MONTEREY, CALIF.—Freed from the strictures of road legality legislation, it’s obvious what car designers get from making concept cars. But car designers don’t run car companies, and in a business with such tight margins, there has to be a financial imperative to bother creating a car that may never see production.

Which there is. Running the gamut from next year’s model in a slight disguise all the way through to “none of this exists yet but wouldn’t it be cool” flights of fancy, concepts serve as a way to gauge the general public’s tastes when it comes to something new. At this year’s Quail at Monterey Car Week, I spoke with Filip Brabec, Audi of America’s SVP of product management, to get the suits’ perspective on concept cars. 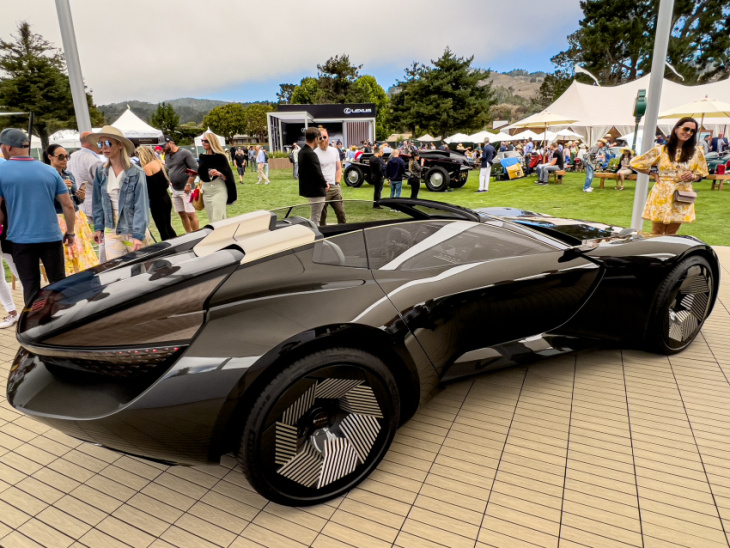 / The Skysphere’s wheelbase grows by 250 mm when it switches into autonomous mode.Jonathan Gitlin

Specifically, I wanted to know what the process looks like from the practical side of the business. For example, does the design team arrive with a new concept as a fait accompli? As it turns out, that’s not at all how it works.

“So first of all it’s not a process of different steps; it’s more organic in the sense that we typically brainstorm these things together,” Brabec told me. “So what we do I think really well together with Gael’s [Buzyn, Audi of America’s senior design director] team, is we look at the market together, we look at the segments, and we say, ‘Gee, that’d be kind of cool.’ So we brainstorm together in a way.” 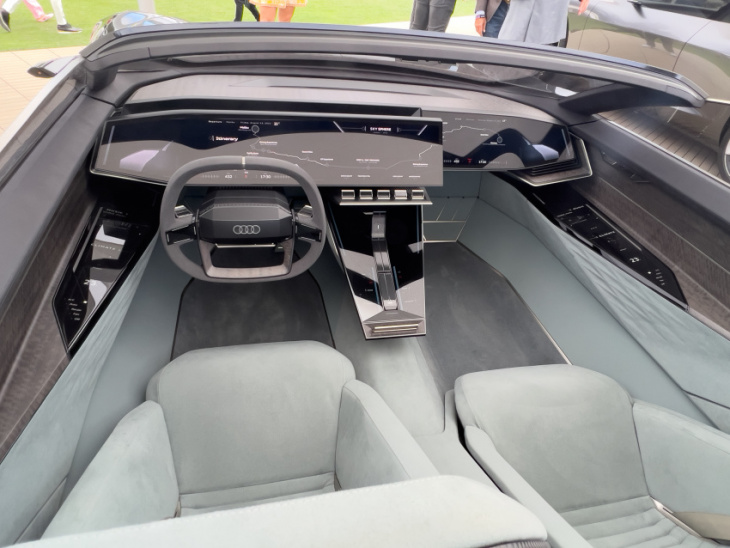 / While morphing bodywork is a ways off, this interior isn’t.Jonathan Gitlin

“And it’s good because it kind of gets them going on certain things. And then we leave them alone. And then they sort of do their own process. And then something comes up. And it’s an idea, typically, and now together again, we start building on that idea. ‘That’s pretty cool. What if we did this? What if it did that?'” Brabec said.

As you might have noticed, some concept cars are closer to reality than others. “So if you look at Skysphere, or even if you look at PB18, you would probably say, ‘Okay, those are a little bit farther out in terms of reality, right?'” he said. 2018’s PB18 and last year’s Skysphere both depend on technologies that aren’t ready yet, like solid state batteries and autonomous driving. And each features ideas that may never appear on a production car, like a driver’s seat that moves to the centerline of the car or a wheelbase that grows by nearly a foot.

The Grandsphere is a handsome electric GT concept. Audi

It’s going to be some time before we have cars where the steering wheel retracts into the dash as they switch into autonomous mode. Jonathan Gitlin

“But if you look at the Grandsphere, you can say, ‘Okay, I could imagine making that car’,” Brabec continued. Unveiled last September, it’s a handsome and futuristic grand tourer. “So now, we can take elements out of that and say, ‘Okay, where can we apply these elements?’ But it also gets at kind of the next style direction as well,” he said.

“What we almost never do, certainly not with Gael is, “Oh, here it is. Shoot, now, what do we do with it?” It’s always organic. And then we think about from a business case standpoint, because that’s really then the next step: to try to figure out could I commercialize this? Or is it just a wonderful idea, but at $2 million, no one’s gonna buy it,” he explained.

The Urbansphere is not the most exciting concept to look at in terms of exterior styling. Jonathan Gitlin

But that large exterior contains a voluminous interior. I’d be pretty happy if one of these picked me up at the airport after a long flight. Jonathan Gitlin

The newest of the ‘sphere concepts is the Urbansphere, designed with Chinese megacities and their traffic in mind. It’s a big beast of an EV, with massive interior volume that takes the luxurious front seats from the Grandsphere and puts another pair in the rear. But the potential market for that EV could be the future version of someone buying a Q7 today.

“That’s one way to think of it. Sure. And there, we can have a long debate. But then there’s another sort of aspect to say, ‘okay, but could I use this as a mobility vehicle that is used more as a service?’ There’s ways to think of it that is not necessarily just us to consumer right away. So that’s why I’m staying open-minded on that,” he explained. 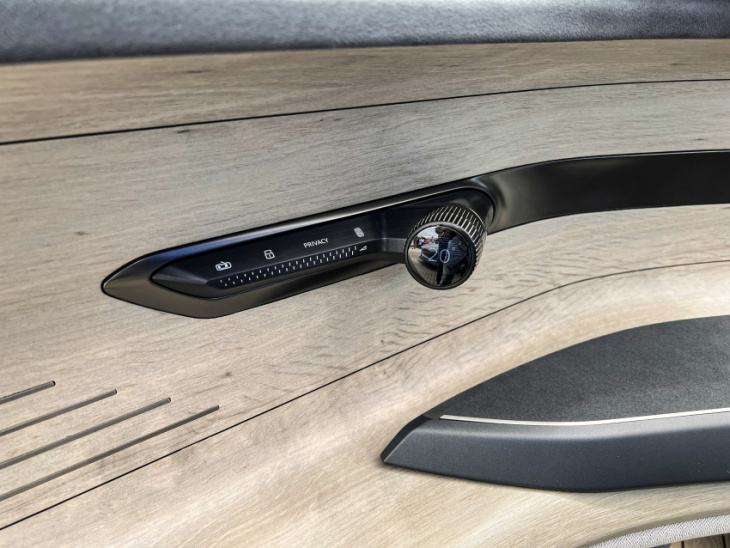 / We might not have steering wheels that telescope out of the way for some time, but I wouldn’t be surprised to see something like this in future production Audis.Jonathan Gitlin

But it’s not all futurism; even on concepts as high-concept as these. “I can tell you that all of the cars have elements in them that we are employing in our future cars—no debate, you’re gonna soon see the first pieces of how it all starts coming in. Lighting elements and interior elements and different things that we’re definitely already employing in our next vehicles,” Brabec said.