More gigafactories are on the way, but solid-state battery tech may take a bit longer to arrive. 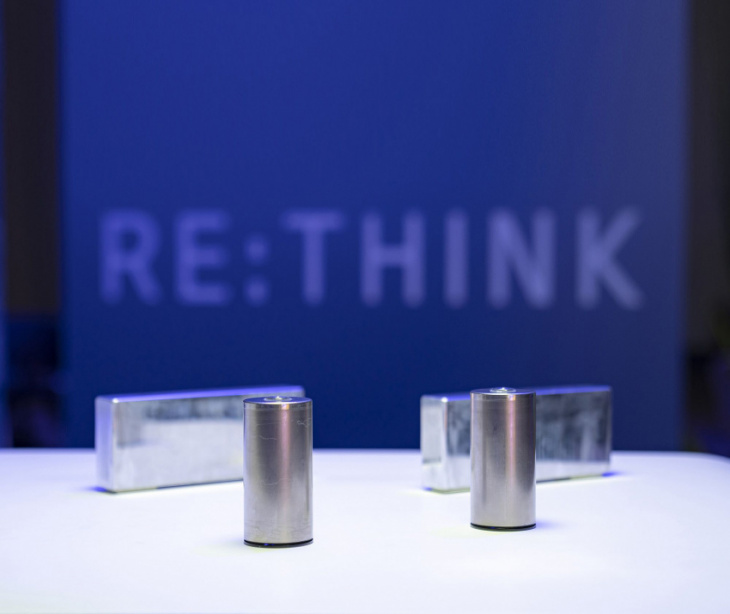 BMW plans to use a new type of battery cell in its vehicles starting in 2025, destined for its Neue Klasse EVs. The newly developed round cells promise longer range on a full charge, as well as faster recharge times and cost reductions as high as 50% compared to current cells used by the automaker.

BMW has been able to reduced the cobalt content in the sixth-generation cells, while also engineering them with a higher nickel content on the cathode side—improvements that increase volumetric energy density by over 20%. The cells themselves will be part of an 800-volt battery pack, promising recharge times that are 30% faster.

The sixth-generation cells were developed by BMW at its Battery Cell Competence Center, along with a new integration concept for pack construction. The cells measure 46 millimeters in diameter and will be produced in two different heights.

“The newly developed sixth generation of our lithium-ion cells will bring a huge leap in technology,” said Frank Weber, member of the Board of Management of BMW AG responsible for development.

If these dimensions sound familiar, that’s because this size standard is identical to Tesla’s 4680 cells, with suppliers EVE and CATL slated to produce the batteries for BMW.

“We are also reducing CO2 emissions from cell production by up to 60%. These are big steps for sustainability and customer benefits,” Weber added.

BMW has already awarded contracts in the two-digit billion-euro range to EVE Energy and CATL for the construction of two gigafactories in Europe and China in the coming years. Each gigafactory is expected to have a total annual capacity of up to 20 GWh, with BMW indicating that two more battery factories are planned for the NAFTA region.

“We have also reached agreement with our partners that they will use a percentage of secondary material for the raw materials lithium, cobalt, and nickel, as well as utilizing green power for production, to ensure CO2-reduced manufacturing,” said Joachim Post, member of the Board of Management of BMW AG responsible for purchasing and supplier network.

The automaker also revealed the sixth-gen batteries will accommodate cathodes made of lithium-iron phosphate (LFP), allowing nickel and cobalt to be avoided in their construction.

Further out, BMW is also working on all-solid-state batteries (ASSBs) and is aiming to put them into production by the end of this decade, with a demonstrator vehicle expected to materialize by 2025.

But solid-state tech, overall, is not exactly imminent in BMW’s estimation, which echoes the expectations of a number of other battery developers.