Which Type of Sunroof Is the Best During a Crash?

Even if you closely follow all the rules of the road, a car accident can happen when you least expect it. Wearing your seatbelt and driving a car with a decent amount of safety features can help mitigate injuries. Also, having good car insurance allows you to claim proper compensation after an accident.

If you experience a rollover crash, you’ll likely walk away with more severe injuries. This is especially true if your car has a sunroof, which will almost always shatter upon impact with the pavement. However, one type of sunroof could be safer than the other. 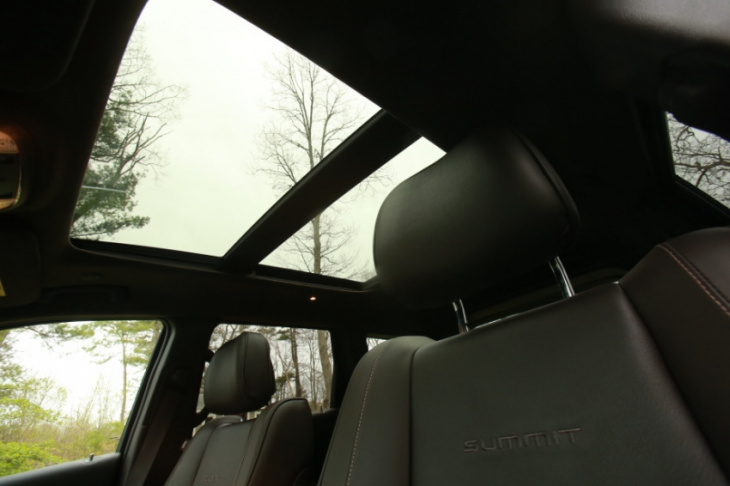 A panoramic sunroof, also called a moonroof on some cars, is the more extravagant option. It’s made of laminated glass that spans a large section of the car’s entire roof. On a few models, there are separate panels so that each rider can adjust the opacity of the glass to their liking.

This large sheet of glass sits on rails to slide open just like your car’s side windows. A panoramic sunroof is sometimes standard on luxury cars, but more commonplace vehicles might have it on their options lists.

With an available panoramic moonroof, the luxury of the #BuickEnvision now includes the moon and stars. pic.twitter.com/V5Q2Q4aOy2

In addition to the motors that allow it to open and close, more glass on your roof makes it heavier. This might strain your car’s suspension and cause it to experience more body lean.

How is that different from a pop-up sunroof?

A pop-up, or embedded, sunroof is usually only placed above the cabin portion of the vehicle. It’s made with tempered or laminated glass and has a similar motor mechanism to panoramic roofs. However, the motors on these roofs function a little differently.

When you open it, the window tilts upward first before sliding back completely. Since it’s a smaller pane of glass, that means more weight savings for your vehicle. However, you’ll still probably pay more for insurance than you would if your car didn’t have a sunroof.

Which one performs better in a rollover crash?

Erie Insurance says that a pop-up sunroof is the better one to have in severe accidents. Most of the roof is still made of metal, so you’ll have excellent protection if the vehicle flips upside down. There’s a good chance the sunroof will still break, but its range of damage will be relatively smaller than a panoramic roof.

With panoramic sunroofs, you also have to worry about riders potentially being ejected from the car. That’s not even a concern exclusive to rollover crashes: any severe impact can be potentially deadly. It’s yet another reason why wearing your seatbelt is so important.

Regardless of their crashworthiness, both types of roofs are prone to damage because of their glass construction. A stray rock or other small pieces of hard debris can create cracks or chips in your sunroof.

Sunroofs can also be broken in minor collisions if the airbags are deployed. Insurance experts say the resulting pressure often causes the roof’s glass panel to pop out of place and shatter. Sometimes a glass roof can even break into several pieces spontaneously, though this is incredibly rare.

Besides the broken glass, sunroofs can also have water leaks because of clogs or worn-down seals. In this scenario, you’ll likely have to pay for some interior damage and a sunroof repair. We’re not saying to avoid sunroofs, but it’s helpful to know about the risk factors they carry.

Keyword: Which Type of Sunroof Is the Best During a Crash?