Ash T writes: “Having a bit of trouble here deciding my first car. It will be used for everyday things and also for work purposes such as carrying tools and equipment to work sites. I’ve narrowed it down to an ’04 Holden Crewman SS and an ’04 Ford Falon XR8 Ute. Looking forward to your input and open to any other suggestions”

It sounds like you’re after a daily workhorse with V8 drama for some weekend fun. The lazy Boss 260 in the blue corner is a heavy unit, yet it gets up and boogies with revs. Its live rear axle doesn’t scream dynamic brilliance, but it looks the part inside and out.

Pragmatism is taken up a notch with the Crewman, especially if you want to bring mates along. The four-door Commodore monocoque (with the LS1 up front) is married to a tray chassis with leaf springs like the XR8. Corner carver it isn’t, but the V8 does have a braked 2500kg towing capacity. 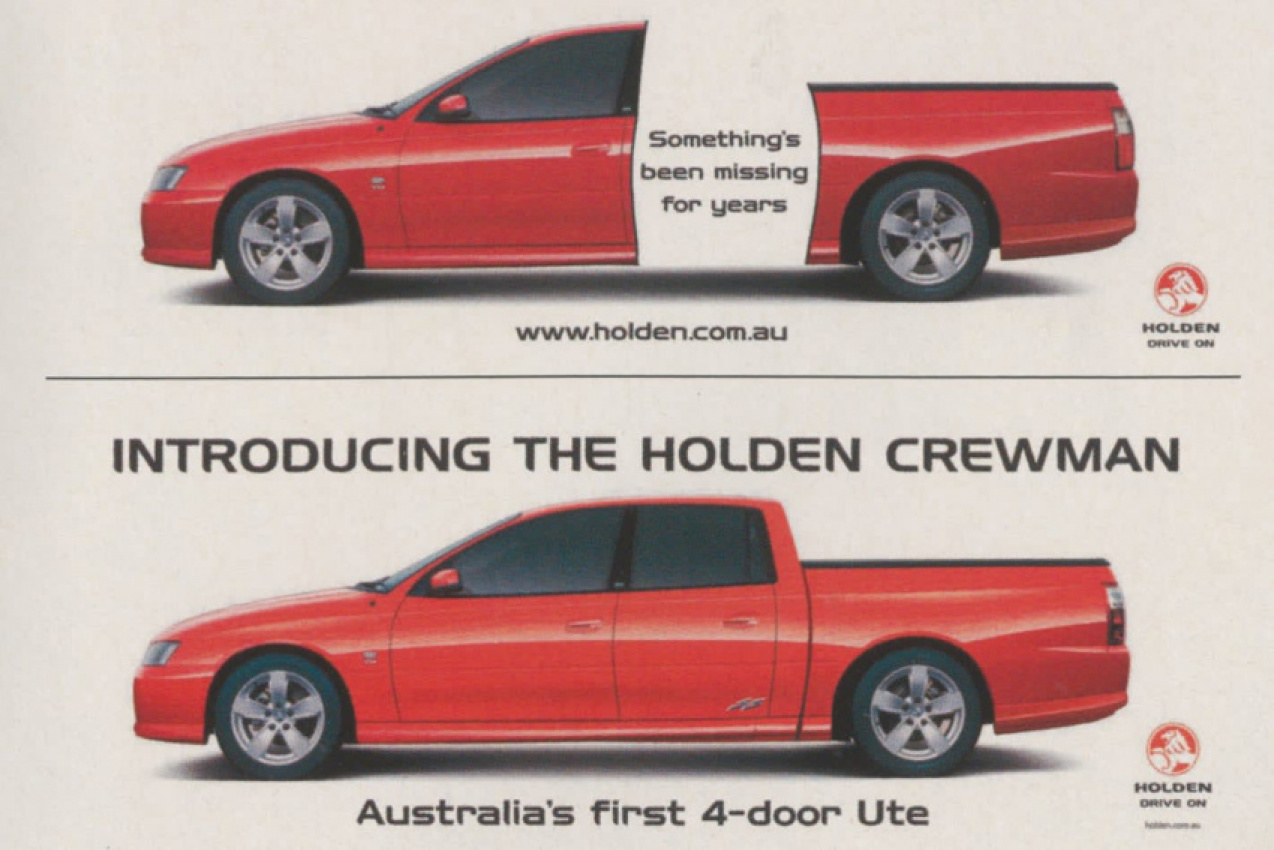 In 2005 an all-wheel-drive version was added. Both are best as a manual given the autos are four-speeds. But we’d buy an XR6 Turbo instead. After all, it’s claimed a BFYB title. – TG