Which Car Company Is Complaining About Making EVs? Stellantis 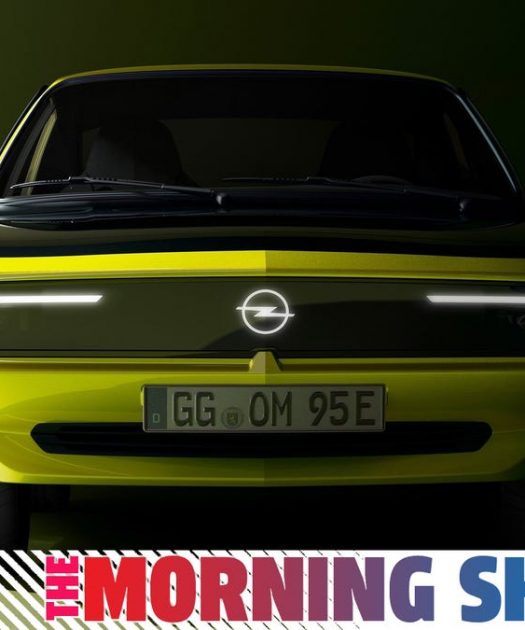 We should take it seriously when the boss of Stellantis complains about the costs of transitioning to EVs, but I’m not going to be surprised about it either. All that and more in The Morning Shift for December 1, 2021.

1st Gear: It’s Not Just About Current Trucks And Challengers — Stellantis Has Struggled With Going EV For Years

Stellantis is a huge mix of international car companies, combining top manufacturers from a number of different countries. Given how much shade the Stellantis umbrella casts, it’s almost funny how little EV experience is shared among these different automakers. Stellantis’ most prestigious marque would have to be Ferrari, and up until recently it swore it’d never go fully electric.

In any case, after all of these years of compliance cars and stalled-out efforts to get EVs going, Stellantis is complaining about how much it costs. Here CEO Carlos Tavares in Reuters:

Governments and investors want car manufacturers to speed up the transition to EVs, but the costs are “beyond the limits” of what the auto industry can sustain, Tavares said in an interview at the Reuters Next conference released Wednesday.

“What has been decided is to impose on the automotive industry electrification that brings 50 percent additional costs against a conventional vehicle,” he said.

“There is no way we can transfer 50 percent of additional costs to the final consumer because most parts of the middle class will not be able to pay.”

G/O Media may get a commission

Honestly, Tavares has a point. Going EV isn’t cheap. But the idea that it’s passing on unsustainable costs to consumers seems invalidated by the presence of all-EV startups like Tesla or Nio.

Again, Tavares is not wrong that all of this EV development does not come cheap. VW, shamed from Dieselgate into going EV, just put a price tag on its own battery development work and it’s a lot, as Reuters reports:

Volkswagen Group’s new battery cell plants and securing vital raw materials will cost as much as 30 billion euros ($34 billion), board member Thomas Schmall said, putting a price tag on the expansion for the first time.

VW will seek outside partners to help fund the automaker’s push to open six large battery cell plants in Europe by the end of the decade, Schmall, who is in charge of technology at VW, said in an interview at the Reuters Next conference.

“We are talking about 25 to 30 billion (euros) … including the vertical chain of raw materials, not only the factories,” Schmall said.

3rd Gear: Stellantis (With Mercedes) Is Investing In Solid State Battery Tech, Though

Stellantis isn’t only complaining about having to spend money; it’s spending money, too. From TechCrunch:

Factorial Energy, a startup working on solid-state batteries for electric vehicles, has added two more major automakers to its investor sheet: Mercedes-Benz and Stellantis, both of which plan to co-develop batteries in separate joint collaboration agreements.

Mercedes, a brand of Daimler AG, said it invested a “double-digit million dollar” amount in Factorial. Stellantis declined to specify its investment. The news comes scarcely a month after Factorial announced a separate investment and partnership deal with Hyundai and Kia, to co-develop and test battery tech in Hyundai EVs.

The first cell prototypes will likely be tested as early as next year. Looking longer-term, Mercedes aims to introduce the tech to series production within the next five years, and Stellantis wants to roll-out solid-state technology by 2026.

Millions is not billions, though, and Stellantis has a lot to spend to get in line with current EV trends.

They’ve had four straight months of declining sales here in the U.S., as Automotive News reports:

Supply-chain disruptions, driven by the ongoing shortage of microchips that has dented new-vehicle stockpiles, undercut U.S. sales at Hyundai and Kia for the fourth straight month in November.

Volume dropped 20 percent at Hyundai — its biggest decline of the current slump — and 5.4 percent at Kia last month, the companies said Wednesday.

Hyundai cut its fleet deliveries a staggering 97 percent last month, as good an indication as any that it’s struggling to get cars to individual consumers.

Meanwhile, Hyundai’s continued shadowing of Toyota in investing in hydrogen continues to be kind of tragic. Bloomberg has a big story on how Hyundai is sticking with it, despite a general inability for people to easily operate a hydrogen car:

The experience of Song Young-jin shows just how tough it will be for Hyundai to succeed in a world increasingly embracing electric-battery-powered motors. The 38-year-old sales manager in Euiwang city bought a Hyundai Nexo, whose hydrogen-fuel-cell engine emits only water vapor, in March 2020. Wooed by Hyundai’s advertising, he felt a hydrogen car would be good for long commutes and better for the environment.

By August though, fed up with having to drive 50 kilometers (40 miles) every week to the nearest hydrogen refueling station, he was looking to sell. In a double blow, Song watched in dismay as the value of a second-hand Nexo crashed on a used-car site by around $1,000 a month.

“I liked the hydrogen car itself—it’s quiet, and charging takes just 5 minutes, faster than an electric car,” Song says. “But refueling stations are lacking, and the maintenance costs [for parts such as hydrogen tanks] are huge, which is probably why they’re so cheap in the used-car market. Next time, I’ll buy electric.”

Bloomberg also includes that Hyundai’s chairman admitted that hydrogen owners are “having troubles refueling” but that they should “endure this pain.” The whole story is worth a read.

Reverse: It’s Still Amazing How Much Of The Civil Rights Movement Worked Through The Angle Of Transportation

Neutral: How Is Your Stellantis EV?

Have you spent time in one of Stellantis’ few EV products? There must be a bunch of 500e owners out there in the crowd.

Keyword: Which Car Company Is Complaining About Making EVs? Stellantis