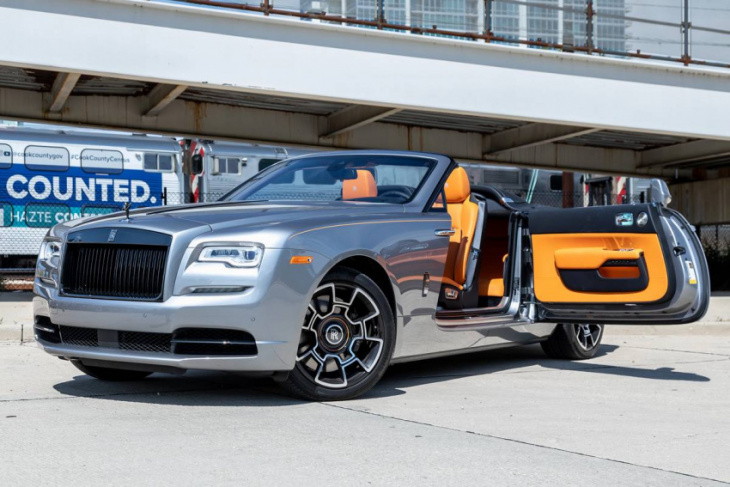 Suicide doors — full-size car doors hinged at the rear — have been an endangered species for decades and inched closer to extinction for 2022, with two more models disappearing and just one or two on the way (both electric vehicles) to replace them.

Below is the list of model-year 2022 vehicles with suicide doors. For purposes of this list, we are including only proper suicide doors — that is, rear-hinged full-size doors that fully open. We are excluding half measures, such as the rear-hinged half-doors that require opening the front door first. Those are found on some extended-cab pickups as well as on other vehicles as diverse as the Mazda RX-8, Honda Element and Toyota FJ Cruiser; among current examples is Mazda’s 2022 MX-30 EV. We also are excluding other non-standard doors such as gull-wing, butterfly-wing and scissor doors generally found on exotic cars, as well as Tesla’s Falcon Wing variation on a gull wing that’s found on the Model X.

Maybe it’s the horror-film name — carmakers prefer the label “coach doors,” but good luck with that. (On the other hand, the nickname “donorcycles” has not been a problem for motorcycles.) Or blame Ralph Nader. His 1966 book “Unsafe at Any Speed” took just one chapter to kill the Chervolet Corvair; the rest of the book takes aim at just about everything else about cars, and among his targets was the suicide door. (It’s worth noting that in 1972, the National Highway Traffic Safety Administration refuted Nader’s Corvair allegations.)

But suicide doors continue to make cameo appearances on expensive luxury cars and concept show cars thanks to an image of being classy and stylish. They date literally to the doors of horse-drawn coaches, hence that name, and had a heyday with cars in the early- to mid-20th century. Then, as now, their major functional advantage was making entry easier and more gracious, which has burnished their upscale image. On a more mundane level, they also make installing a child seat easier.

The safety criticisms include being more prone to flying open at speed (at least before burst-proof latches), more likely to let car occupants fall out (at least before seat belts) and being prone to trapping a departing passenger if the door is hit (of course, with a front-hinged door, they would hit you first). Among the worst safety examples was the tiny Subaru 360, the first Subaru sold in the U.S. Consumer Reports in 1968 rated the car as “not acceptable” and among the many, many flaws CR found, the suicide door flew open and back when an occupant tried to secure a partially latched door while underway.

Despite the feature’s prevalence on high-end cars, the doors have made a brief appearance on more affordable vehicles. The least expensive example in recent years was Lincoln’s limited-run 2019-20 Continental Coach Door Edition, a stretched Continental with rear suicide doors.  Earlier, the doors had a good run on the classic 1961-69 Continental (including the convertible) and made appearances on the 1967-71 Ford Thunderbird Landau four-door and 1957 Cadillac Eldorado Brougham. One of the last mainstream cars with rear suicide doors (dubbed FlexDoors in this case) was the Opel/Vauxhall Meriva family hauler in Europe, unveiled for 2010 while Opel was still a GM subsidiary.

All models on the latest list have price tags well into six figures and all have four doors with the suicide doors for the rear. They are in the super-rich stratosphere, where suave entry and exit could matter and where, in some cases, they are more convenient to reach for the chauffeur opening the rear door. Rolls-Royce trimmed the list this year by two when it dropped its two-door Dawn and Wraith models. Global production ends in 2023.

The brand will, however, bring suicide doors into the electric-car era with the coming two-door Spectre (like the James Bond movie). It’s a coupe EV due in 2023 and currently undergoing testing in (where else?) the fashionable south of France. The much-delayed Faraday Future FF 91 high-end EV also will have suicide rear doors when it lands.