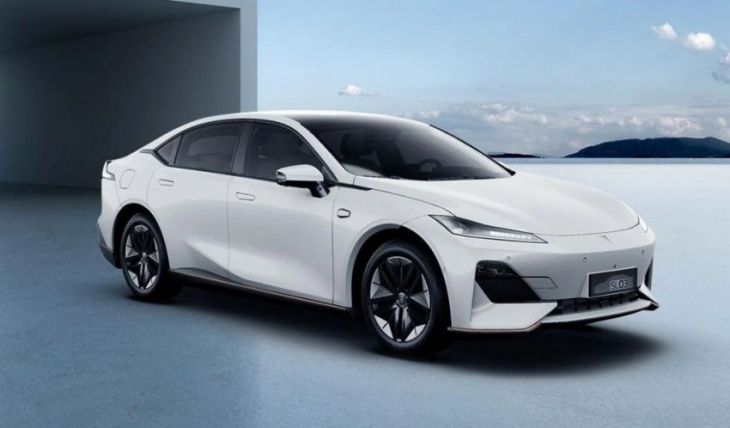 SHANGHAI: At first glance, the Changan electric sedan looks a lot like a Tesla Model 3. But on closer inspection, it’s actually quite different, if only for its price, which starts at US$25,125 (RM116,000).

That may be a small fortune in China, but it’s still much more affordable than its American rival.

Through its Shenlan brand, the Chinese carmaker Changan has unveiled a new SL03 sedan that looks similar to the Tesla Model 3.

The dimensions and shape of this car are surprisingly similar to those of the American model.

The same goes for its large touch screen in the centre of the dashboard.

The Chinese manufacturer has also announced a range similar to that of the Tesla, at a little over 500km in its basic version, and even exceeding 700km with a more powerful battery pack.

For drivers in China who want a stylish, high-performance electric sedan, this model is an economical alternative to Tesla’s Model 3.

Its biggest difference with the American car is perhaps its price. It is indeed available to order from a little over 180,000 yuan, or about US$25,125.

At that price, however, don’t expect to benefit from Autopilot, Tesla’s semi-autonomous driving technology. The first models should be shipping in China at the beginning of 2023.

Note that the Changan Group is not only inspired by Tesla.

Earlier this year, it launched a car model in China that is surprisingly reminiscent of Citroën’s Ami.

The Avatr Lumin Corn is an ultra-compact city car, with a slightly gimmicky look and a rock bottom price tag. Note that here, as for the Shenlan SL03, Changan collaborated with CALT and Huawei for the development of the batteries.

For China’s car-makers, Tesla is proving a real inspiration.

Before Changan, it was XPeng that stood out with its electric SUV and sports sedan offer, strangely reminiscent of what’s available from Tesla.

Many Chinese manufacturers are expected to be attending the forthcoming Paris Motor Show, from Oct 18 to Oct 23.

So, who knows? Maybe one day these car-makers could represent a genuine alternative to the American manufacturer in Europe.

Keyword: When Chinese car-makers find inspiration in the Tesla Model 3

Tesla China’s November wholesale figures have been shared, and they are extremely impressive. Over the course of the past month, Tesla China sold a record 100,291 domestically-made vehicles, formally establishing a new record for Giga Shanghai. The numbers were reportedly shared by the Texas-based electric vehicle maker. With such ...

Tesla introduces its battery-powered Semi heavy truck and says its technology is better than the hydrogen fuel cells favored by other companies for big rigs.