What’s That Loud Weird Sound That Happens When One Car Window Is Open?

Vehicles throughout the years have had issues with the engine, road, and even roof rack noises caused by the wind. However, one of the loudest and most distinct noises comes from wind buffeting. This happens when you open your window while driving down the road. Why does this happen?

Why open the window when driving down a roadway? 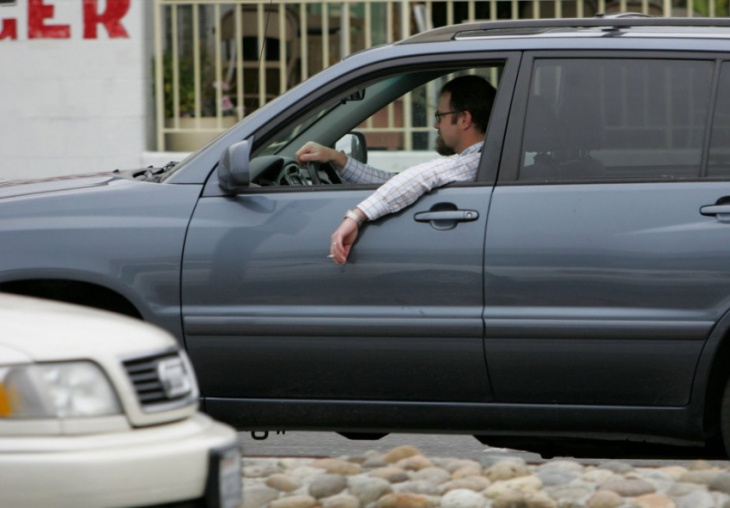 Opening a window in your vehicle while driving down the road is something many do. People do this mainly to allow fresh air to enter the interior. Owners of convertibles do the same thing, except they take the whole top down to experience the wind whipping through their hair.

When you don’t have a drop-top vehicle or can’t afford one, you make do with what you got. Opening the sunroof or one of your side windows can suffice, even though it’s not the same as letting the roof down on your car. However, some vehicles suffer from a very loud noise problem with wind buffeting near the sunroof opening.

As freeing as it is to have a window open, it’s not always the most pleasant experience. It has one drawback, and it’s enough to drive anyone nuts.

The weird sound you hear when the car window is open

That occasional, horrible resonance when you roll down window: Helmholtz resonance. https://t.co/TD24JJeeII pic.twitter.com/8JoQelAzPK

You’re probably pretty familiar with the sound you hear when driving down the road at a reasonably high speed and you put down one of your windows. The minute you open it, you hear this high-pitched thumping sound, sometimes as loud as a freight train. What causes that noise?

The wind is the culprit, but it’s only one part of the problem. According to Erie Insurance, the phenomenon is called Helmholtz Resonance. This occurs when the slow-moving air inside the cabin meets the fast-moving wind outside the vehicle. Basically, the two pockets of air compress and decompress, clashing with each other, resulting in a loud noise.

This wind buffeting happens more often with the newer vehicles because they have a more aerodynamic design than the older boxy-looking cars. Also, the sound will be louder if you open the rear window than if you put down the front one because the side mirrors break up the air near the driver and passenger window.

What can you do about the weird sound?

The sound can be off-putting and hard to listen to for a long time, especially if there is only one window down. That doesn’t mean you can’t enjoy some fresh air sometimes. There are a few ways to minimize the noise without spending a ton of money.

One trick is to slow down while you drive. The faster you go down the road, the louder the noise is likely to be. It won’t go away completely, but it will help make it more bearable.

Another simple tip to utilize is to open another window. With two of them put down, you’ll be able to stabilize the air better, which will help keep the noise to a minimum. This method is the most common one used among drivers. However, you can purchase an aftermarket wind deflector to divert as much air as possible away from the window.

Wind buffeting can be loud, which is annoying for most drivers trying to focus on the road. You can always keep the window up, but if you want fresh air, you can easily combat the loud noise when another car window opens.

Keyword: What’s That Loud Weird Sound That Happens When One Car Window Is Open?