These are the most likely candidates to receive V8 power for years to come.

General Motors announced a sizeable $918 million investment in four US facilities, but the big news is an all-new sixth-generation small block V8 engine. So, where will this V8 be used?

While GM has been pushing EVs hard via brands like GMC and Chevrolet, it is following Toyota, Hyundai, and BMW's lead by not placing all of its eggs in one basket. We think it's a smart move, as there are certain segments in which customers won't accept an EV-only range.

GM's announcement only referenced full-size trucks and SUVs, and those models are easy enough to identify within each brand. Looking at the various brands closely and GM's previous statements about what will go electric, we can make an educated guess as to where this V8 will eventually pop up.

It's worth noting that no technical specifications are available, and we won't see this new engine for a few years. 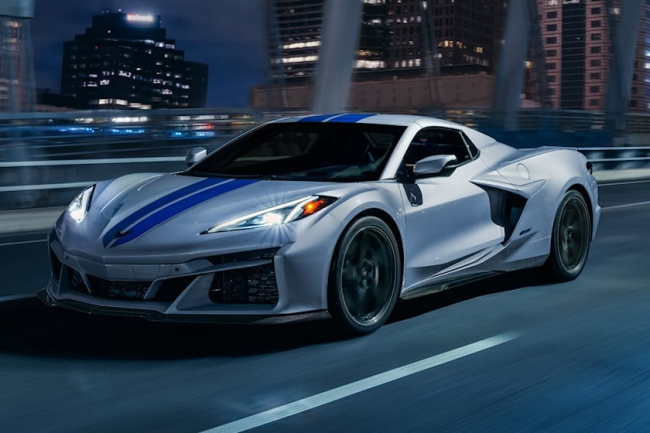 Buick has been left stagnant for a long time. Most of the models currently on offer arrived on the Ark with Noah.

The Electra-X Concept will come to America as the Electra E4, offering another competitor in a hotly contested segment. Buick's latest concepts are all EVs, and it doesn't seem like GM has any ICE plans for the brand beyond the models it currently has on sale. These old models will likely be phased out to make room for the E1 to E9 mentioned above. 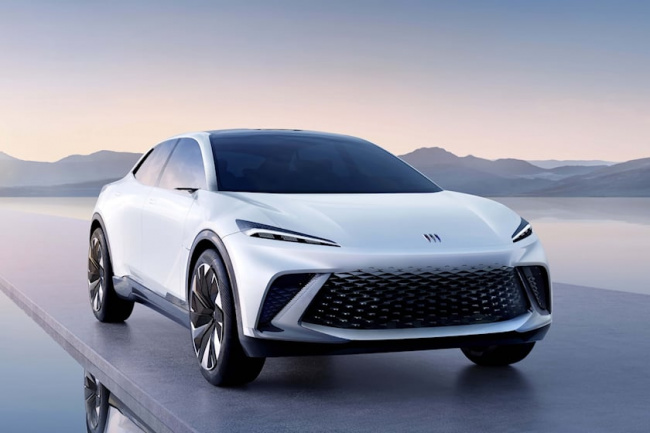 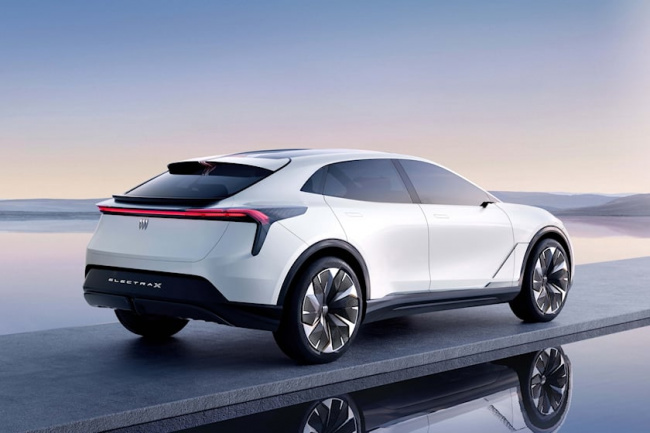 Cadillac is leading the charge for GM's electrification. The Lyriq was the first out of the gates, and it will be followed by an all-new halo model, the Celestiq. Caddy also owns the trademarks for Ascendiq and Lumistiq, so we know more EVs are coming. In fact, Cadillac wants to be fully electric by 2030, and that includes its famous full-size SUV, the Escalade.

The CT5-V Blackwing is not getting a successor, and Cadillac hasn't sold a truck since 2013.

Still, we can't see Cadillac not selling an Escalade with a V8 engine. The biggest Caddy can adopt the same massive battery pack as the Hummer, but the brand might alienate thousands of loyal customers by only selling a battery-powered Escalade.

It's also worth noting that the current fifth-generation Escalade will likely survive for a few more years before Cadillac's switch to electric power. The new V8 could be an ideal way of keeping ICE fans happy with more power and reduced emissions. 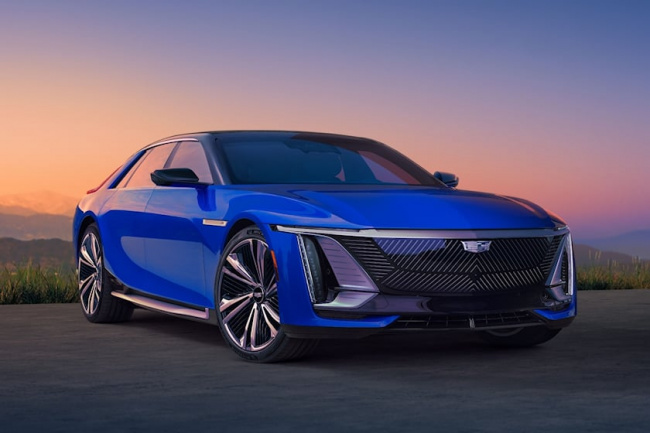 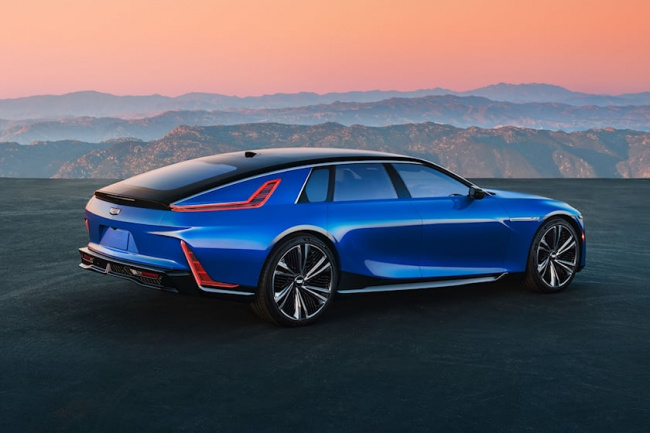 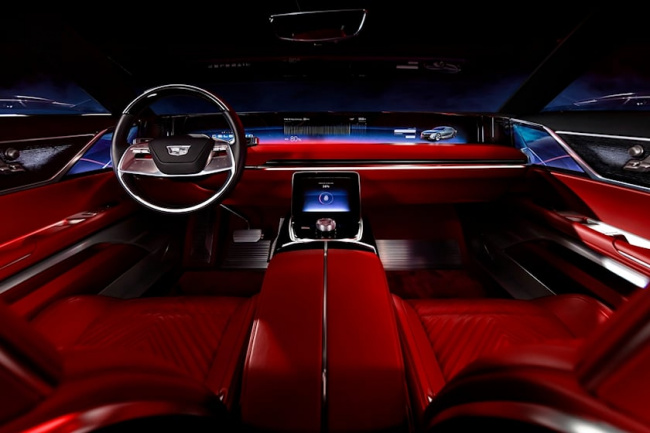 Chevy will undoubtedly be at the receiving end of this new V8 engine. While its Bolt EV has been a smash hit and the upcoming Equinox is bound to sell up a storm, a few of its models will remain V8-powered.

Chevrolet already broke tradition when it introduced the Corvette E-Ray, and we don't think Americans are ready for a world without a V8 Corvette. Already there are rumors that the C9 will retain its V8. Chevrolet will likely want to keep its supercar combustion-powered for as long as possible, especially now that a Corvette sedan and SUV are rumored to be in the pipeline. Those cars can have electric powertrains, but the OG American supercar slayer needs to stick with internal combustion as long as possible. The next-gen E-Ray hybrid will almost certainly also use the new V8 engine. 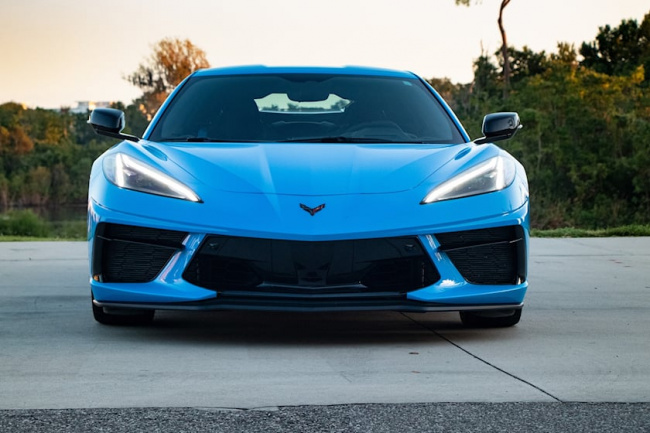 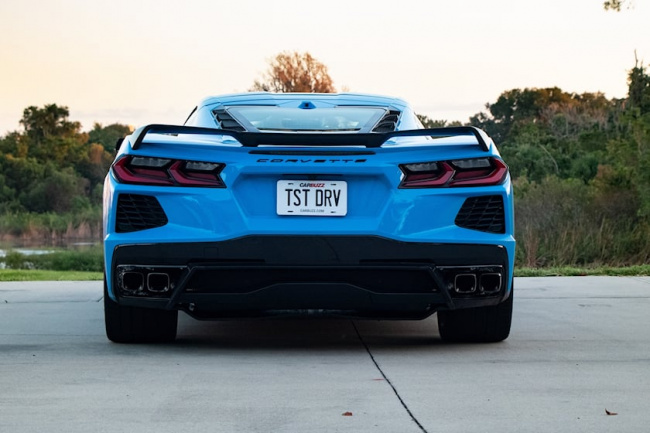 The Silverado EV is also coming, but it's highly unlikely Chevy will stop producing ICE trucks. EVs aren't particularly good at towing or in cold weather, so the V8 engine needs to stick around in the 1500, 2500HD, and 3500HD models.

For proof, look no further than Ford. The oldest American automaker is hitting the EV segment hard, but even it decided that its Super Duty models won't be electrified anytime soon. In fact, Ford reckons heavy-duty trucks will go the hydrogen route before going fully electric.

EV prices aren't coming down, which is why SUVs like the Suburban and Tahoe will likely remain V8-powered for as long as possible. 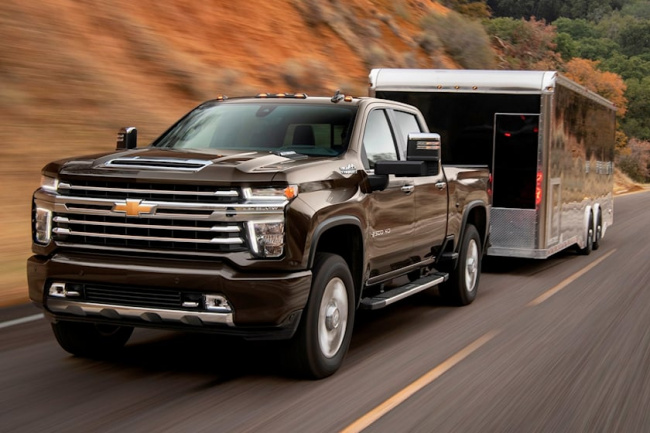 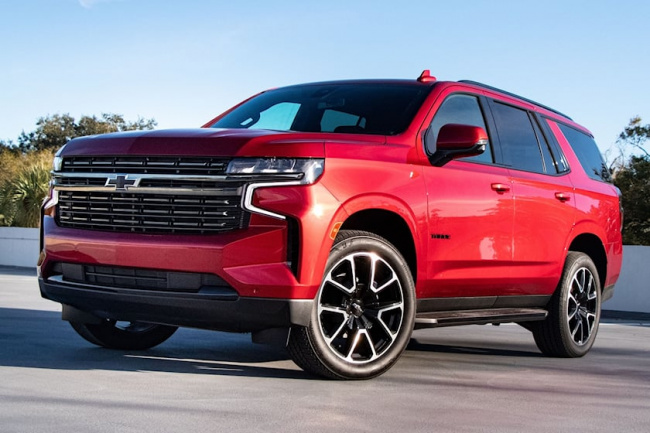 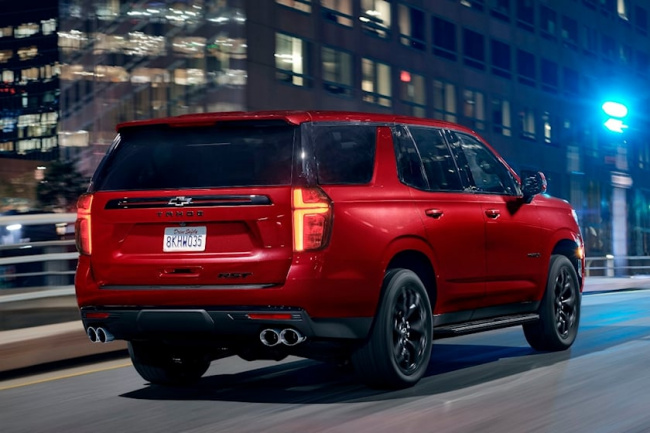 While GM chose the GMC Hummer as its halo EV, we can see several models carrying on with the new small block V8 engine.

As with Chevrolet, GMC's truck portfolio will remain mostly ICE, even though the Sierra EV is on the way. The same goes for the Yukon.

As mentioned earlier, EVs are not getting cheaper. A top-spec Sierra EV is expected to cost more than $100k, nearly twice as much as a V8-powered 1500. We're sure there will be enough noisy customers demanding V8s for GM to at least consider imbuing GMC with its new small block, but it seems like a no-brainer.

Whatever the future holds, at least the V8 will be around somewhere. Here's hoping it's worth the wait. 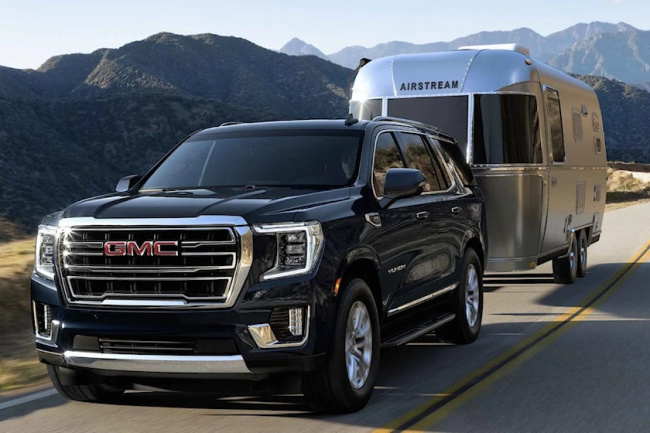 Driven: 2022 Audi S3 Is An Autobahn-Blaster That Blows Away The Competition

Alpine posts 33 per cent global growth in sales in 2022

New 2024 Nissan GT-R debuts in base and Nismo variants

Audi Has Some Amazing Plans For Electrified RS Models

1965 Bizzarrini 5300 GT Strada. Bizzarrini S.p.A. was an automotive manufacturer in the 1960s. Founded by former Alfa Romeo, Ferrari and ISO engineer, Giotto Bizzarrini, the company built a small number of highly developed and advanced sports cars and race cars before failing in 1969.

The prototype Integra Type S is hitting the track. Acura is set to debut the Integra Type S in North America as the lead vehicle at the start of the Rolex 24 at Daytona International Speedway this weekend. It will be wearing a special “Type S” camouflage wrap because, well, ...

The BMW M3 CS Will Be Extremely Rare And Desirable

Built in lower production than the legendary 1 Series M. The new BMW M3 flagship, the 2024 BMW M3 CS, has been revealed as a four-door, all-wheel-drive equivalent to the M4 CSL, but the bad news is that production will be limited to just a single year, making it a ...


View more: The BMW M3 CS Will Be Extremely Rare And Desirable

The best electric cars to buy in 2023, including superminis, SUVs and supercars

The choice of cars is growing


View more: The best electric cars to buy in 2023, including superminis, SUVs and supercars


View more: Porsche Vision 357: Why looking to the past is important for the German brand's future

And it's based on the Cayman GT4 RS. Say hello to the Porsche Vision 357, a concept vehicle that harkens back to the legendary Porsche 356, which debuted 75 years ago in 1948. Though it's only a design study, the Vision 357 has a real powertrain from the 2023 Porsche ...

This Is Why The Porsche 911 Dakar Is Not Called Safari

The cause of the problem lies with an automaker that does not even rival Stuttgart's offerings. According to the director of the 911 Dakar program, Thomas Krickelberg, the off-road-friendly sports car eschewed the Safari name due to a trademark dispute. Speaking with Edmunds.com at an event in Morocco, the executive ...


View more: This Is Why The Porsche 911 Dakar Is Not Called Safari

Aston Martin Valkyrie Owners Have To Rebuild Their Transmissions Every 31,000 Miles

And replace the center-locking wheel nuts every 6,000 miles. We all know that hypercars are built differently, both figuratively and literally, but it's still shocking when you see things like the recommended maintenance for a car like the upcoming Aston Martin Valkyrie. This upcoming F1 car in road car guise ...


View more: Aston Martin Valkyrie Owners Have To Rebuild Their Transmissions Every 31,000 Miles

Can the X-Trail and Pathfinder lead Nissan back to sales success? Why 2023 is a crucial year for Nissan with its refreshed SUV line-up

BMW M3 CS Leaked Ahead Of Next Week's Reveal

Have Fun Building Your 2024 Corvette E-Ray

Subaru Reveals Its Insane Race Cars For The 2023 Season

C9 Chevrolet Corvette May Not Be All-Electric After All

Production-Spec Tesla Roadster Will Be Much Better Than Expected

Porsche In Talks With Google About Using Its Software

The Porsche Crest: A History

2024 Jaguar F-Type Bows Out With One Final Special Edition