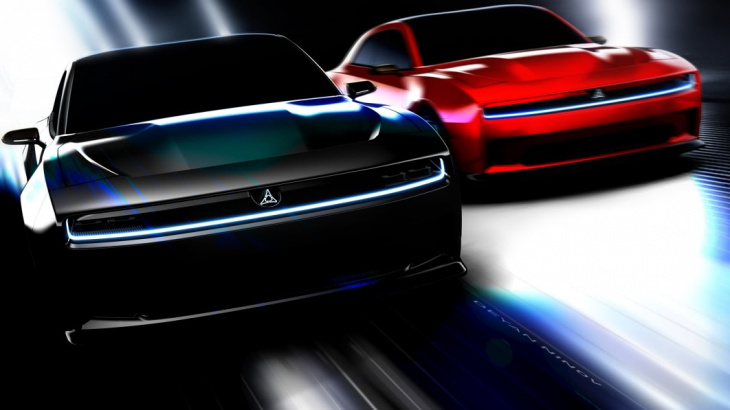 Dodge successfully executed its first step toward electrification with the swaggering Charger Daytona SRT concept. It creates excitement for the post-Hemi V8 world and assuages the Mopar base, which is often skeptical toward electric cars.

The Charger Daytona, revealed earlier this month, previews Dodge’s strategy to replace the Charger and Challenger with electrics after the current models end production in 2023.

Look at it. The Daytona SRT is a Coke-bottle-shaped, two-door muscle car complete with the narrow grille with vertical accents. It’s the 1968 Charger reborn. Even with the sleeker lines and flashy wheels, it looks more like the idea of a Dodge Charger than the current sedan does, though we’d love to see some side scallops on the production version, like the ’68 has (below). 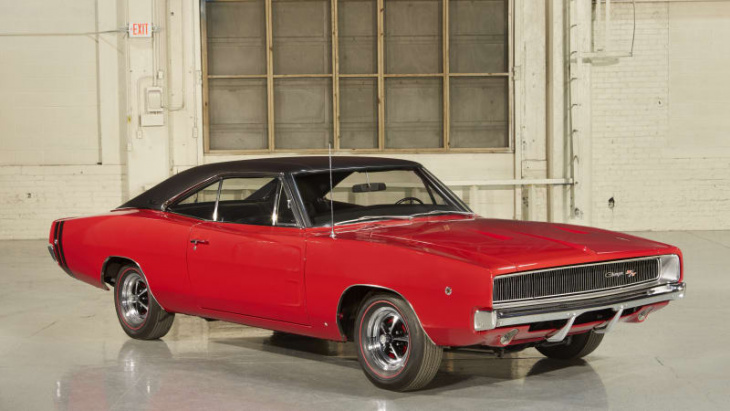 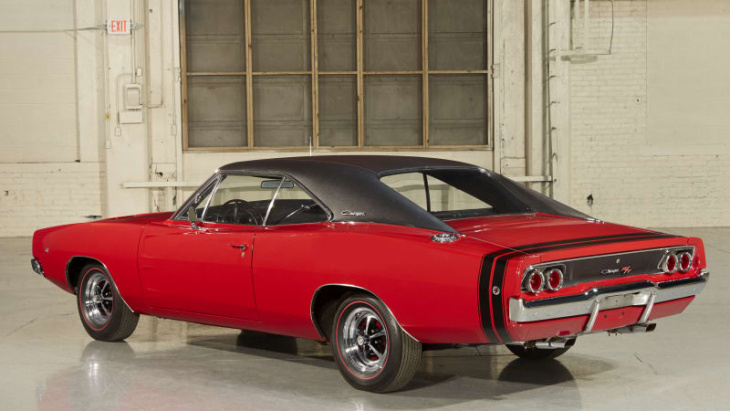 This is how you win over a customer base. Dodge is saying: Don’t fear EVs. The one we’re making will look more like the car you’ve wanted all along. Mythology never hurts in marketing. The jockular Dodge announcement touts the Fratzog badge (used from 1962-76 on Dodge muscle cars), 126-decibel exhaust (which dismissively pans EVs’ usual quiet demeanor) and electro-mechanical shifter (called eRupt) that effects a manual transmission experience. The 800-volt all-wheel-drive propulsion system is dubbed Banshee. It’s all very Dodge.

But what exactly does the Daytona SRT portend? This is where it gets murky. Dodge will replace the Charger and Challenger. The question is how. Making a Charger coupe like this concept sounds great to enthusiasts, but that would forfeit sedan sales, especially to police fleets and other livery businesses. Maybe that’s OK if Dodge wants to position the Charger upstream. More critically, a two-door Charger makes the Challenger coupe redundant.

Given that the Challenger is still a strong seller, Dodge doesn’t want to serve up volume to the Mustang, which is continuing for another generation in its traditional pony car form, or give the slow-selling Chevy Camaro any daylight.

Another thought: Perhaps the Daytona SRT concept signals Dodge’s pivot to electrics, but it’s not meant to be taken literally. Under that scenario the Charger stays four doors, while the Challenger continues as its two-door wingman.

The tricky part with the Challenger is that it only lived as a muscle car for one generation (1970-74). Unlike the Mustang and Camaro, which have had multiple lives, there’s no other stylistic direction. The modern Challenger is almost a carbon copy of the old one, just larger. Theoretically, Dodge could taper the lines and get it even closer to the original. The Challenger is in Porsche 911 or Jeep Wrangler territory as far as design evolution at this point, regardless of the propulsion system.

The Charger and Challenger have had a tremendous run — resurrecting the muscle car segment in the United States since their launches in 2005 and 2008, respectively — but there’s no denying they’re long in the tooth. On some level, the ancient LX platform on which they ride is still genetically Mercedes E-Class from the DaimlerChrysler days. Dodge has been owned by three companies since then.

Replacing them was always going to be sticky for Dodge, perhaps more so than the pivot to electrification. While the Charger Daytona concept raises questions, it has already succeeded by showing a vision, which is both brazen and cryptic, for Dodge’s electric muscle cars.

Keyword: What the Dodge Daytona SRT concept could mean for the Charger and Challenger

The seventh and final of Dodge’s “Last Call” models, which will based on the Challenger, won’t make its scheduled debut during November’s 2022 SEMA show, Dodge announced late on Monday. Dodge blamed “product and supply challenges” for the disruption to its plans and said a new reveal date will ...

America's forgotten supercar gets some added performance from a long-gone hot-hatch.

Is the 2023 Dodge Durango SRT Hellcat Actually ‘the Most Powerful SUV on Earth’?