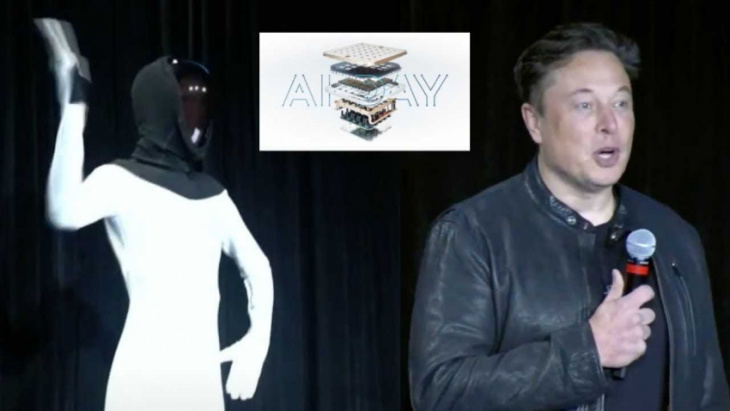 Posted on EVANNEX on September 24, 2022, by Peter McGuthrie

Tesla’s AI Day 2022 is coming up quickly, and investors and fans alike are wondering what the event may hold. From the latest technology in its cars to upcoming projects — such as the Optimus robot, expected to be debuted this year — Tesla’s second AI Day event is likely to be full of pleasant surprises.

Above: An promo banner for Tesla’s AI Day 2022. Photo: Tesla

When considering what to look out for at Tesla’s 2022 AI Day, the Optimus robot is expected to be shown off in full view, according to statements from CEO Elon Musk at the automaker’s annual stockholder’s meeting last month (via Forbes). The project, announced at AI Day 2021, gained a massive press audience, and this year’s debut is likely to garner several onlookers.

Last year, Tesla discussed the Optimus robot and unveiled its in-house D1 chip, which powered the company’s Dojo Supercomputer, along with other updates about its FSD beta, Autopilot, and other AI-related programs. While this year’s AI Day may be quite similar to last year’s, it also may include some important updates and, according to Tesla’s CEO, will feature a live-working Optimus robot.

The Optimus robot from Tesla is a humanoid, AI-driven bot meant to help users perform basic, repetitive or dangerous tasks in daily life. CEO Elon Musk has previously suggested that the development could be a game-changer for the world, with some of Tesla’s first robots set to work in the company’s car factories.

Additionally, Tesla is likely to provide updates on the Dojo Chip, which the company built on its own for the purpose of “pure machine learning.” It’s set to power Tesla’s next generation of AI technology, making it a huge development in general.

Tesla will also talk about the future of robotaxis at the company, which has long been considered a link to future increases in valuation by bullish investors. The concept of Tesla’s robotaxis will require the use of Full Self-Driving, and is expected to let owners of the company’s cars rent out their vehicles as self-driving taxis — though it’s unclear whether or not this is how it’ll turn out, since it’s at least a few years away.

Among other things still, we’re also likely to hear more specific updates about Tesla’s FSD beta, which a select number of customers are testing already. With Musk previously stating a wider release of FSD as one of his two main goals for the end of this year, the FSD beta could also be slated to play a huge role in Tesla’s upcoming AI Day event.

Tesla’s AI Day 2022 is scheduled for September 30 in Palo Alto, California. The event will be live-streamed, and those who were invited to attend must respond via email by September 28.

Keyword: What Is Tesla AI Day? Here's Everything You Need To Know