When car enthusiasts think of a Nissan Skyline, they likely picture the fabled R32 Skyline or the R34 model. The former was the model that won all of the races and gained the notoriety that afforded the Japanese supercar its legendary “Godzilla” nick name. The R34 model was the one that stole the show when it came to the “Fast and Furious” franchise and popular racing video games. But what about the Skyline model between those generations? What made the R33 so special? 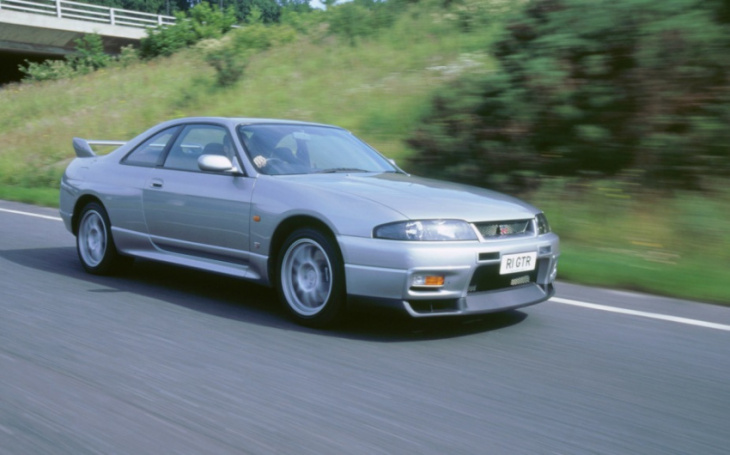 Take a look at the R33 Nissan Skyline and the previous R32 generation, and the exterior changes are clear. The R33 Skyline – produced from 1993 to 1998 — was taller, wider, and longer than its predecessor, but that was only the tip of the iceberg. The real changes lie beneath the car’s exterior sheet metal.

Starting with under the hood, the R33 Skyline was powered by a host of six-cylinder engine choices. The GTS trim level received the RB20E engine, while the GTS-25t had the turbocharged 2.5-liter RB25DET. However, the most notable engines offered in the R33 included the venerable 2.6-liter RB26DETT in the GT-R trim and the 2.8-liter RBX-GT2 twin-turbo in the 400R.

The RB26DETT put out more torque and could rocket the car to 60 mph from a standstill in only 5 seconds – which was quicker than before.

Nissan also improved the HICAS system in the R33 Skyline. The HICAS – or High Capacity Actively Controlled Steering – the system was introduced on the R32 model, which used hydraulic actuators to turn the rear wheels. The upgrade came in the form of electronic actuators, which made the system much lighter.

In addition to the upgraded powertrain and steering components, the R33 Skyline was imbued with an active limited-slip differential (LSD) to put the added horsepower to the ground. According to Hot Cars, “the new system automatically locks the rear differential when traction loss is detected in one of the wheels.” The active LSD was standard on all of the higher-trim models, including the V-Spec.

Additionally, the R33 Nissan Skyline featured a more advanced all-wheel drive system called the “Advanced Total Traction Engineering System for All-Terrain – Electronic Torque Split version,” or ATTESA-ETS for short. The brilliance of the ATTESA-ETS system was its 16-bit computer which was able to sense the vehicle’s traction loss by monitoring the vehicle’s movements 10 times per second and calculating the wheel speed using the ABS sensors.

New exterior aesthetics were the cornerstones of the updated R33 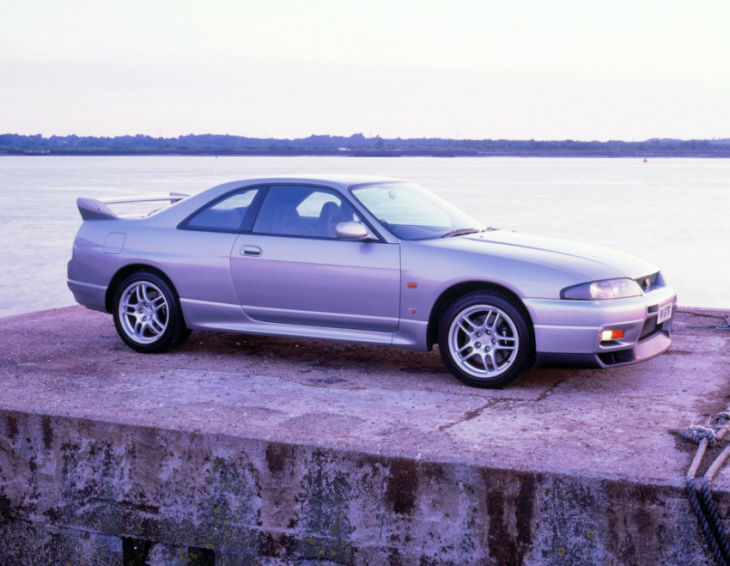 Ultimately, while all of the improved mechanical trickery incorporated on the R33 Nissan Skyline made it a beast on the streets and the track, it was its looks that set it apart. Not only was the R33 Skyline larger than its predecessor, but it also garnered a smoother look overall.

The headlights were more integrated into the front bumper and the iconic circular taillights were more pronounced. Anyone that has played any of the Gran Turismo video games will likely remember the rear view of the R33 Skyline from staring at it for hours during the game.

However, most may not know what exactly made that car great underneath that sheet metal. Apparently, there were a lot of mechanical upgrades that made the R33 Nissan Skyline so special and allowed it to carry on the Godzilla name.

Keyword: What Is So Special About the R33 Nissan Skyline?