What Does it Mean When Someone Has Fuzzy Dice Hanging From Their Rearview Mirror?

Today, a driver who hangs fuzzy dice from their rearview mirror is likely just into the aesthetic of vintage custom cars. But this was not always the case. Once upon a time, fuzzy dice car accessories had an important symbol for veterans used to “gambling with death.” Here’s how fuzzy dice became such a common accessory for custom cars.

WWII pilots and their dice fuzzy dice in a classic car | Taylor Martin via unsplash

According to LiveAbout.com, the story goes that fighter pilots in WWII knew every mission was a true “roll of the dice.” The U.S. was losing 170 aircraft every day, and you never knew if you would be next.

What’s a common way to deal with the unknown? Routine and superstition: combat pilots began setting a pair of dice on their instrument panel. They always made certain that seven of the pips were facing skyward. 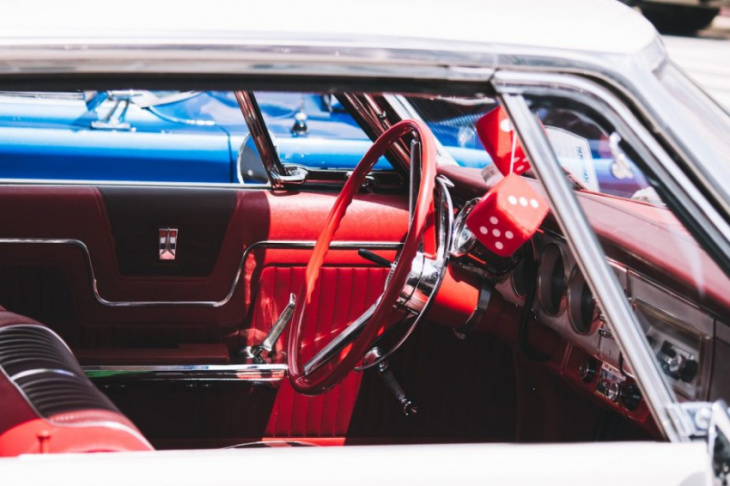 fuzzy dice in a classic car | sean foster via unsplash

Many veterans returned from WWII with extensive mechanical knowledge and a little income. These factors led to 1940s and 50s hot rod culture. Add a need for adrenaline to that and you have the beginnings of street race culture.

No one is sure which enterprising veteran had the idea to sell plastic dice accessories for hot rod racers, but they hit the market in the 40s. These early dice were not fuzzy, they were plastic. But they were connected and designed to hang on your rearview mirror.

Later, hot rodders found that their plastic dice were melting in the sun. The solution was fuzzy dice, and when they caught on several manufacturers began making them. Some companies offered fuzzy dice in a dizzying array of colors. It became popular for hot rodders to try to match their dice to the color of their car or of their interior. 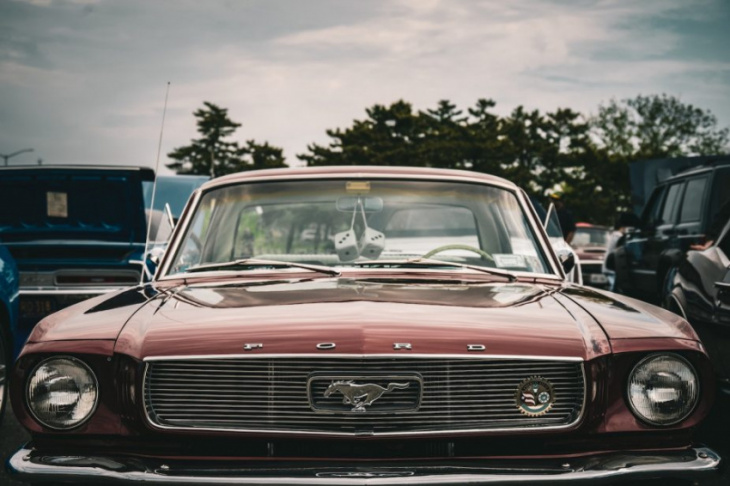 Fuzzy dice in a Mustang | christopher luther via unsplash

Today, you can purchase an incredible array of fuzzy dice varieties. Manufacturers are still offering them in a full palette of custom car colors. In addition, you can buy fuzzy dice that are large or small.

If you want to hang fuzzy dice on your rearview mirror, make certain that local laws allow it. Many places have rules against hanging anything–even an air freshener–between yourself and the windshield because that obstructs your view.

Some hot rod customizers keep fuzzy dice in their car, but only hang them up from the rearview mirror during auto shows.

Keyword: What Does it Mean When Someone Has Fuzzy Dice Hanging From Their Rearview Mirror?