Why tyre dust, brake particles and road wear can be a significant source of pollution, and how you can reduce these non-exhaust emissions from your car 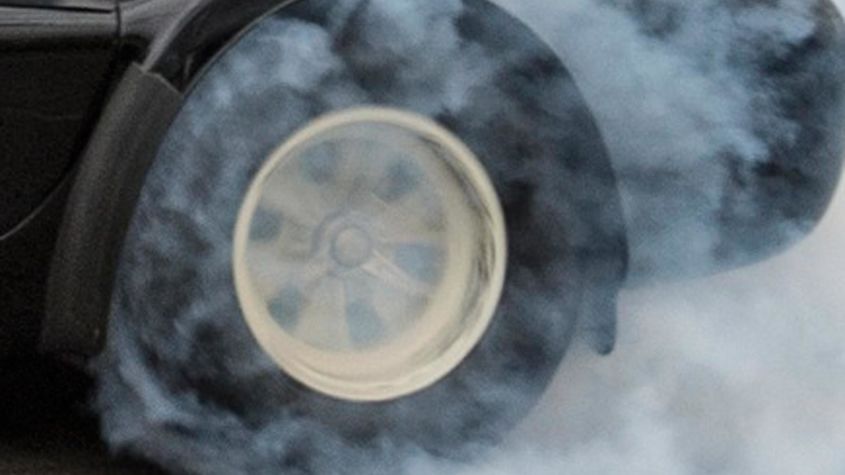 Recently we’ve all become more aware of the impact that emissions from petrol and diesel cars have on the environment and on air quality. When people talk about car emissions, they are usually referring to the gases and particles that come out of the car’s exhaust, such as CO2, NOx and particulate matter, but cars produce other emissions too. These non-exhaust emissions get less attention but are having a significant impact on the environment.

Non-exhaust emissions (NEE) are a large and growing concern and they’re actually getting more attention amid the switch to electric cars. They include dust that is released into the air from things like tyre wear, brake wear and even road surface wear. All these emissions take the form of tiny particles that can become suspended in the air and worsen air quality. Regardless of whether you’re driving a petrol, diesel, hybrid or electric car, this type of pollution is being produced by your vehicle.

Modern exhaust treatment technologies on newer cars have been very successful at removing particulates from exhaust gases. The National Atmospheric Emissions Inventory estimates that the collective particulate emissions produced from tyre wear, brake wear, road surface wear and resuspended road dust now actually exceeds that of particulate exhaust emissions. The Committee on the Medical Effects of Air Pollutants (COMEAP) has also estimated that public exposure to particulate air pollution is the cause of over 29,000 deaths annually, and that pollution from non-exhaust sources could actually have a greater impact on public health than exhaust emissions.

There has been a growing emphasis on reducing the environmentally harmful particles emitted from the tailpipes of vehicles, but little has been done to combat vehicle emissions from other sources. With air quality a major concern in big cities, initiatives like London’s Ultra-Low Emission Zone have been introduced, but tailpipe emissions are the only factor taken into consideration by these measures for now. 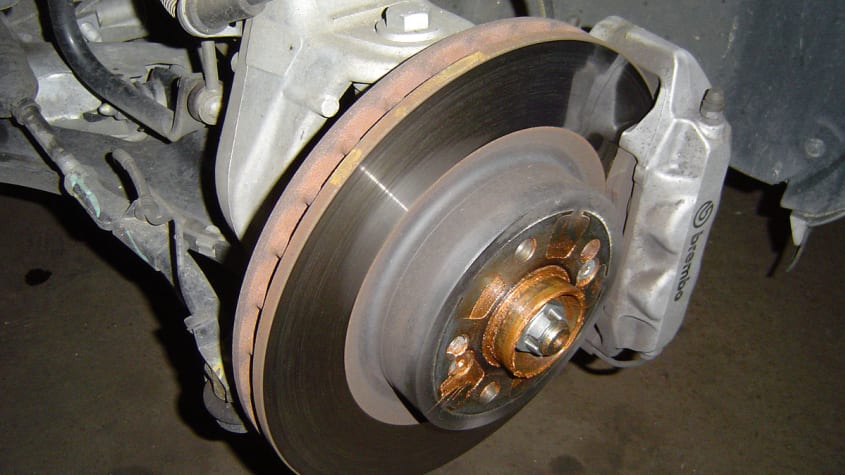 Most conventional braking systems function by using the friction between the disc which rotates with the wheel and a pad which rubs against it to slow the car down. Inevitably, this causes the brakes and discs to wear down over time, producing tiny particles. These particles hang in the air, lowering air quality and posing a danger to public health. 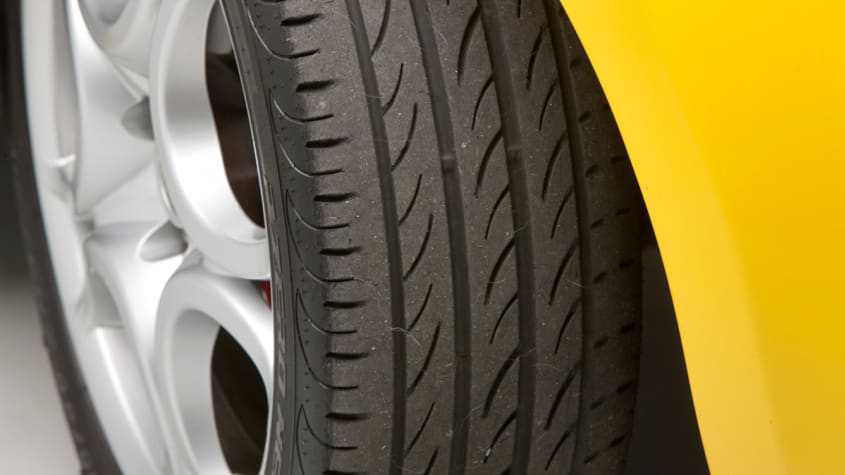 The friction between a vehicle’s tyres and the road surface causes particles of various sizes to fly off and become airborne. Larger particles can stay on the road surface, but smaller particles can end up in the atmosphere. There is also some debate as to whether the remains of tyres on the road surface and in the air could be considered a form of ‘microplastic’. If they are classed as such, then studies put forward by COMEAP suggest that tyre wear could make up as much as 28% of the microplastics exposed to the world’s oceans, making this material as significant as plastic bottles, bags and fibres released from clothing during washing. 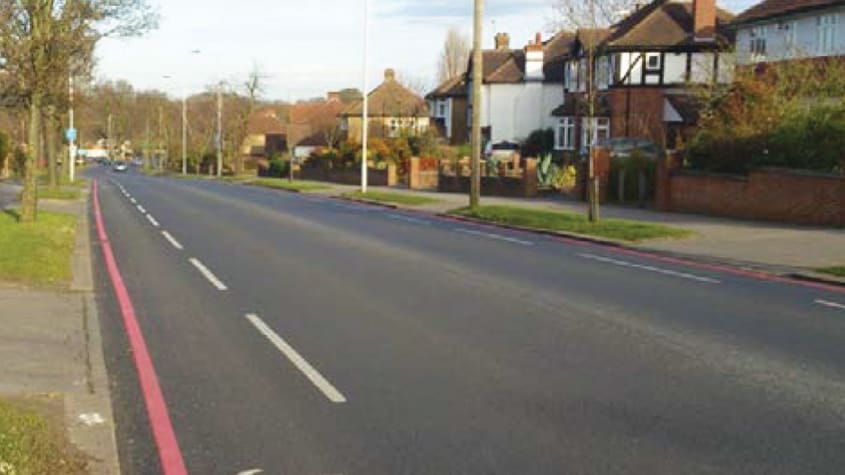 Friction between a car’s tyres and the road also causes wear to the road surface itself, which releases particles of road material into the atmosphere. Thermoplastic material from road markings is another source of road-surface-derived emissions, contributing to further microplastic pollution to the environment.

Dust from the aforementioned and other sources ends up on Britain’s roads in large quantities, and the grinding that results from the contact between car tyres and the road covered in this material reduces the size of the particles even further. The combination of these lightened particles and turbulent air caused by passing vehicles makes them more prone to becoming airborne and spreading.

Studies have suggested that regular road cleaning has a marginal impact on the reduction of these pollutants, as the results are short-lived and can even kick up more dust as a result. Dust suppressants are chemicals applied to road surfaces which inhibit the resuspension of dust, and are being explored as a potential solution to this problem.

How can I reduce my car’s non-exhaust emissions?

Across the board, it has been suggested that car manufacturers should be encouraged to reduce the weight of their cars given that this in turn would reduce the amount of friction between the car and the road to lessen tyre and road surface wear. It would also cut the frictional force needed on the brakes to slow a car down. This would lower the amount of non-exhaust related particulate matter produced when driving.

The battle against excess weight in cars is an ongoing one and significant strides have been made. However, these weight saving technologies have been counterbalanced to an extent by the increasing size of cars generally, the growing popularity of SUVs and the switch to electric powertrains.

Electric cars tend to be significantly heavier than equivalent petrol or diesel cars because of the large batteries that must be carried on board. A report commissioned by the RAC, however, has found that there is minimal difference in tyre and brake wear levels between EVs and petrol or diesel cars.

The report suggests that regenerative braking – a feature common in electric cars and hybrids – may decrease the amount of particulates produced from brake wear. These systems slow the car’s wheels by using the electric motors as a generator when the driver’s foot is lifted off the accelerator, the increased resistance acting as a braking force as it channels electrical energy back into the battery. It means there’s less reliance on external pad-to-disc frictional force for stopping the car.

One suggestion to reduce pollution from brake wear is the use of a filter that would be installed near the brakes to catch brake dust before it can be released into the atmosphere. Alternative tyre rubber compounds that emit less particles from wear are also being actively explored. Some tyre manufacturers are also developing tyres specifically designed for EVs that increase efficiency and wear less, without sacrificing grip. 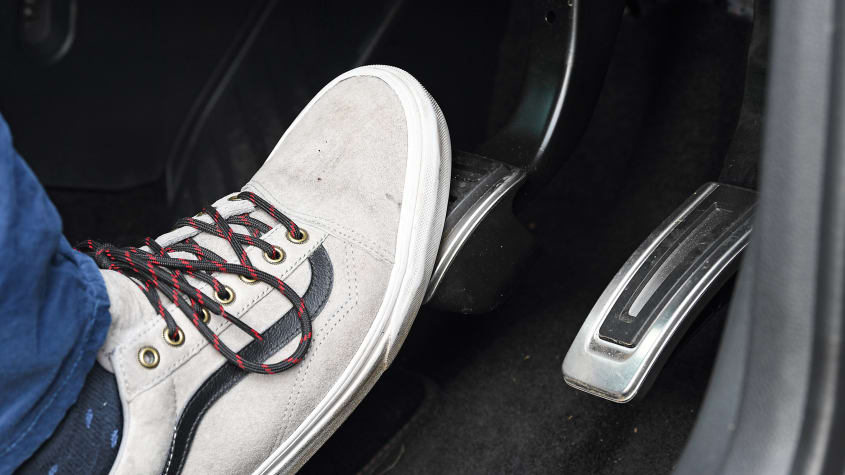 Driving style is also an important factor, as more aggressive driving habits tend to mean faster brake pad and tyre wear. Reductions in the speed limit have been suggested as well as education programmes and helpfully, the kind of gentle driving style that will improve your car’s efficiency will also reduce the amount of non-exhaust emissions created. It’s hoped that making the public aware of the issue could see more people make the conscious choice to drive in a way that reduces these emissions.

Keyword: What are non-exhaust emissions from cars?