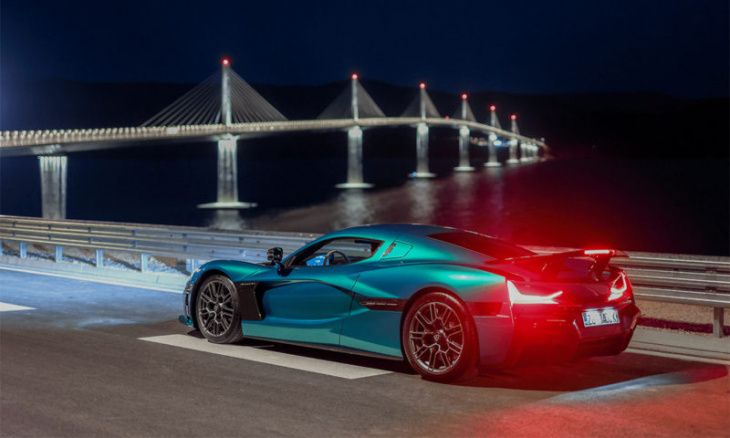 In the video aftermath of the unfortunate bumper bashing, the R40 million Rimac Nevera sustained minor cosmetic injuries surprisingly enough, but we can’t imagine it will be cheap to buff out.

The R40 million Rimac Nevera has only been in the hands of certain customers for less than a month and the first misfortune with one has already taken place. Based on the embedded video below showing the aftermath of two-wheels meeting the Croatian electric hypercar, it seems the driver was not at fault.

On the contrary, it seems that the rider was, since the cameraman mentions he was “riding crazy down this whole PCH (Pacific Coast Highway).”

There aren’t many R40 million Rimac Nevera models on the road yet since only a handful have been delivered. The first made its way to 2016 Formula 1 world champion Nico Rosberg who had chassis #001 finished in Stellar Black. This one is finished om Callisto Green which means that it could be chassis #000 used for Rimac marketing and test drive purposes. This is further substantiated by where the incident took place in Santa Monica, California ahead of The Quail car show in the same region.