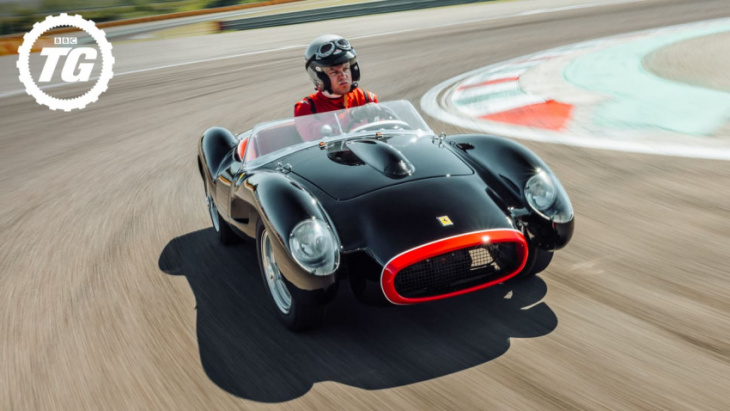 Lauda, Prost, Alesi, Schumacher… and now Kew. Ride onboard as a little car goes for a big adventure

Ferrari’s official factory test track celebrates its 50th birthday this year. In that half-century, it’s welcomed F1 champions, racing car royalty and been the boot camp for the 288 GTO, F40, F50, Enzo and beyond. But in all those years, there’s never been an electric lap record at Fiorano. Not until Top Gear decided to set one…

Since there’s no electric Ferrari road cars (yet) Top Gear magazine’s Ollie Kew enlisted the help of Oxfordshire’s Little Car Company, which hand-builds scaled-down replicas of iconic classics for wealthy children – and big kids. Its fastest creation yet is this 75 per cent model of a 250 Testa Rossa, complete with Brembo brakes, Borrani wheels, Eibach suspension and a mighty 16bhp. Plenty, when there’s no seatbelt.

It’s probably the ultimate toy car – and the most expensive, at £100,000 – but is it capable of setting a lap time on Ferrari’s hallowed tarmac that Enzo himself would be proud of?