A fully electric family hauler versus the quickest Lambo currently in production. Which will prevail? 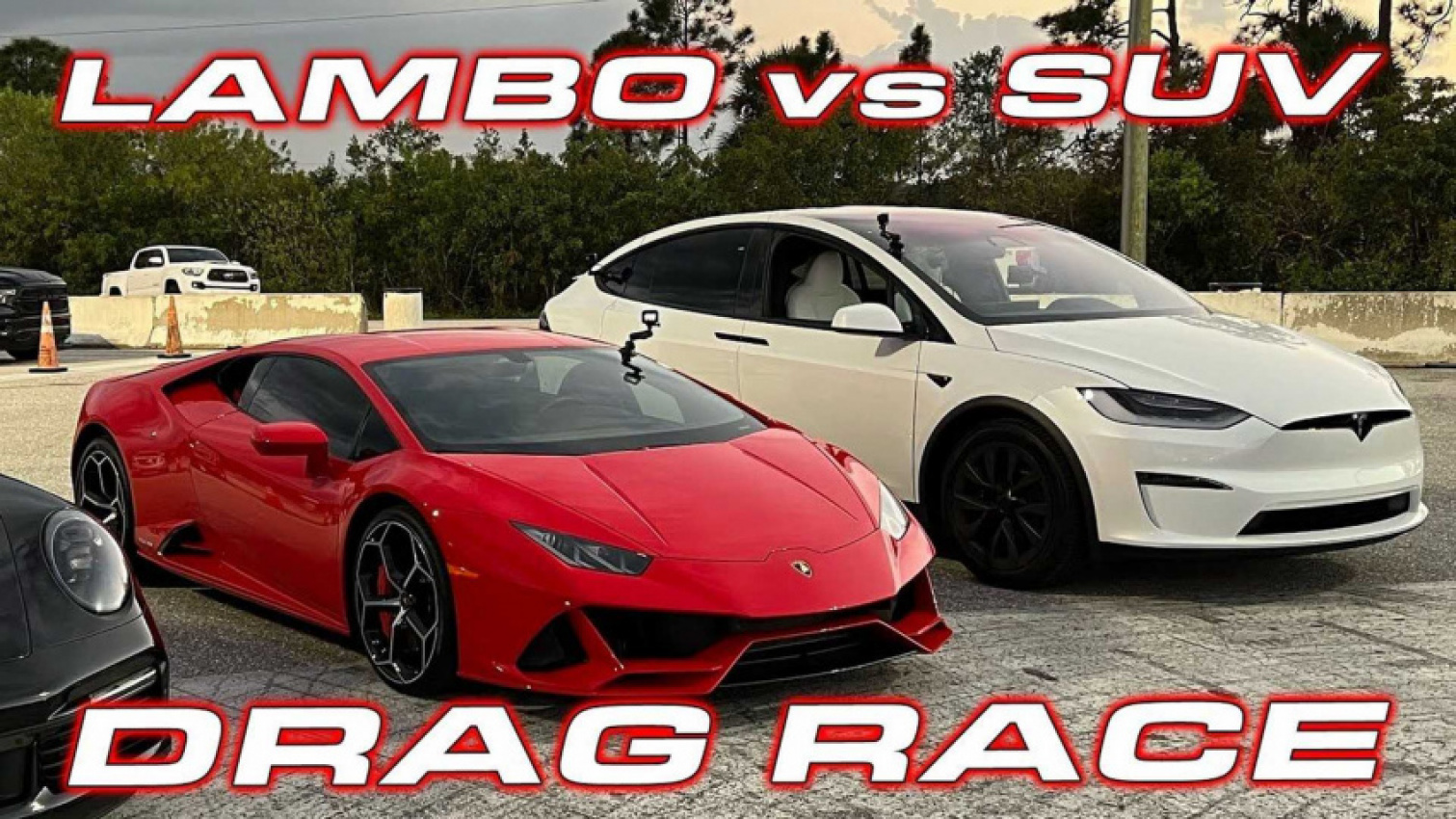 Brooks Weisblat from DragTimes has been having some fun with the all-new Tesla Model X Plaid of late. He’s launched three videos featuring the electric SUV to date, though this latest addition arguably deserves the most attention. We get to watch the Model X Plaid race the quickest Lambo currently in production, the Huracan EVO.

Weisblat owns a Lamborghini Huracan EVO, so it makes sense to race it against the Model X Plaid. Obviously, these vehicles are in very different segments and don’t compete with one another. They clearly couldn’t be more different, though perhaps that’s the point. The Model X Plaid doesn’t really have any actual rivals due to its price, size, and ludicrous acceleration, but that certainly stands to change in the future.

At any rate, Weisblat mentions right up front that people may wonder why he’s putting a 1,020-horsepower vehicle against one that makes 640 horsepower. However, much of the Model X’s massive horsepower is needed just to put the SUV into motion. This is a very heavy, three-row family hauler. Meanwhile, the Huracan EVO is small, relatively light, and purpose-built for speed.

In DragTimes’ previous video, the Model X Plaid made shockingly easy work of a Porsche 992 Turbo S. Brooks makes it clear that if you saw the results of that video, you should already know how this race is going to turn out. In addition, the channel pulled off a 9.75-second quarter-mile sprint in the Plaid SUV (linked below). However, you never really know what might happen until you actually carry out the quarter-mile battle.

In the end, the reason Brooks makes videos like this, and the reason we share them, is to prove to the world without a doubt that electrification is the way of the future. Sure, no one needs a 1,020-horsepower three-row SUV, and thankfully, not that many people will buy the Model X Plaid. Most of Tesla’s sales come from its Model 3 and Model Y.

However, such technology can drive all types of vehicles, and thanks to its massive power, impressive efficiency, long range, and fast-charging capability, EV technology is definitely ready for the masses.

Can the New EQS SUV Take on the Tesla Model X as the Top EV SUV?

Win a Tesla Model X Plaid, the fastest electric SUV ever made