The Fast Lane Car recently tested the all-new Rivian R1S SUV’s towing range and efficiency. Much like us, the publication expected the large and heavy electric vehicle to lose quite a bit of range while towing a load. While it did lose many miles, it performed better than many people may have expected.

The Rivian R1S is a new three-row electric SUV that’s very similar to its sibling, the R1T electric pickup truck, which startup automaker Rivian brought to market first. We’ve seen plenty of range tests and towing tests related to the R1T and rival electric trucks, such as the Ford F-150 Lightning, but we haven’t yet seen a ton of coverage of the newer R1S.

In this particular video, which was produced and published by the Fast Lane Car network’s TFLEV YouTube channel, they tow 5,000 pounds with the R1S to see how much range it may have for folks towing in the real world. Before we dive in, visit the comment section below and let us know how many miles you think the R1S traveled. 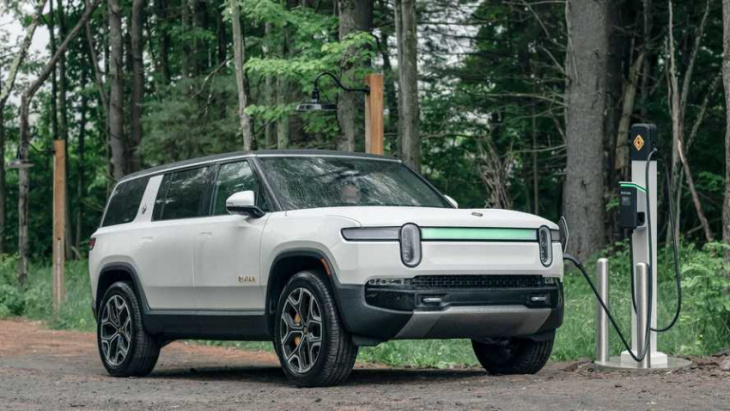 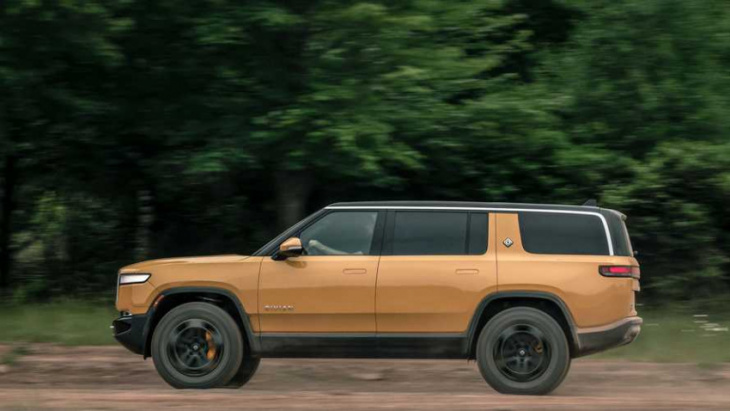 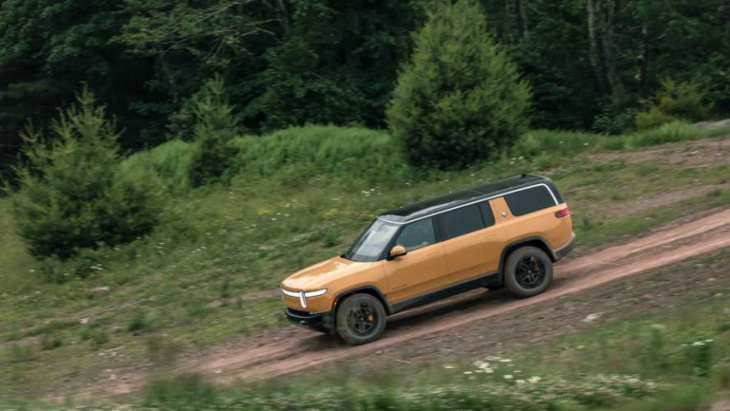 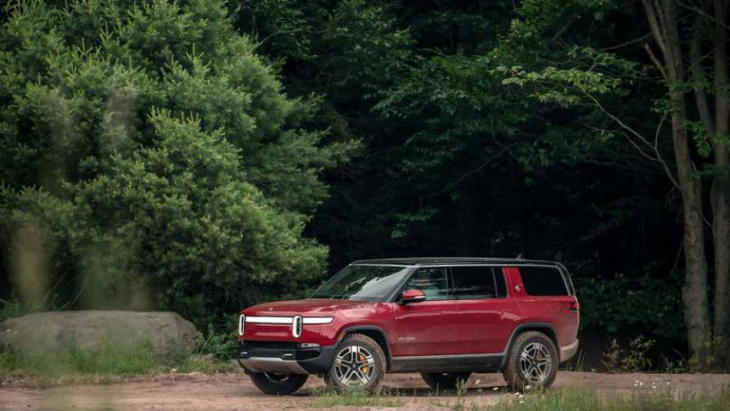 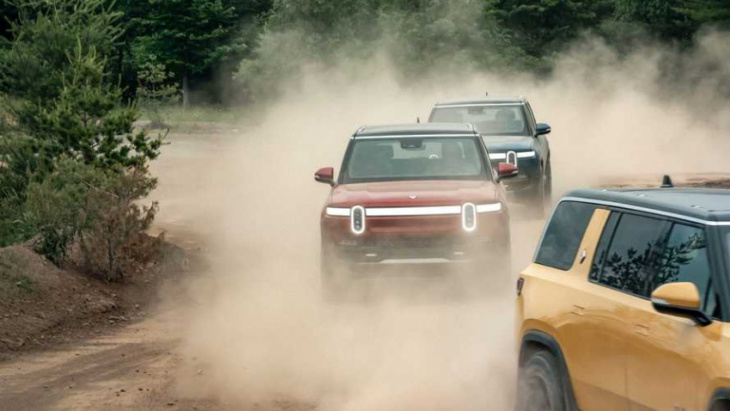 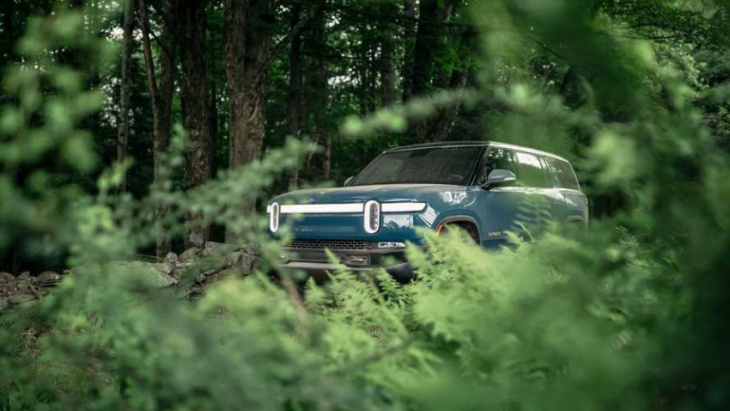 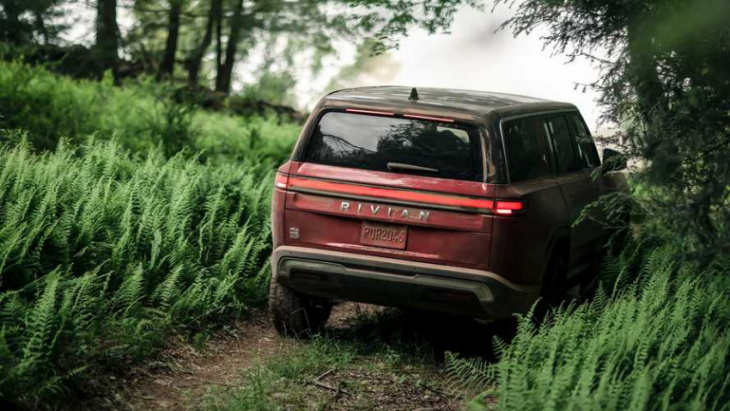 When it comes to today’s electric vehicles, towing has become a hot topic. This has proven especially true since more capable EVs have arrived, including electric pickup trucks and larger SUVs. Chances are, many of the people buying these vehicles will hope to tow, at least at some point. However, they’ll need to have a good idea of how many miles they can pull a heavy load before setting out.

The Rivian R1S starts at around $80,000, though you won’t likely be able to get one any time soon, and not for that price. As noted in the video, the electric three-row SUV shown is priced at around $100,000. According to Rivian, it can tow up to 7,700 pounds, so 5,000 pounds shouldn’t be any cause for concern. The EPA says the R1S has an estimated range of 316 miles.

If we look back at all the EV towing tests we’ve read about, watched, and shared, the typical range loss is around 50 percent. This is not scientific, and only a reasonable estimate. Factor in cold weather, uphill driving, a trailer that’s not aerodynamic, and any number of other variables and you could be looking at a bigger range loss. On the flip side, there have been times when a tested EV towed a load much further than expected. Scroll down to learn how the R1S performed.

The R1S has a 135 kWh battery pack. Based on the video, the average energy usage while towing was 1.3 miles per kWh. This gives us a “theoretical” 175.5 miles of range, which is arguably impressive. It’s more than 50 percent of the Rivian’s rated range, and it suggests you could travel for as long as about three hours at 60 mph while towing 5,000 pounds.

That said, most people probably wouldn’t attempt to go so far without stopping to charge, but even a few hours of towing at highway speeds is better than some folks may have expected. Once you’ve had a chance to check out the video, leave us your takeaways in the comment section below. Is 175.5 miles of towing range enough?

Keyword: Watch Rivian R1S Tow 5,000 Pounds: How Much Range Will It Lose?

There was anticipation in the air, Rivians on the floor and 1,500 soon-to-be owners and their families last weekend at the Rocky Mountaineer Station in Vancouver, B.C., as many gathered at an open house heralding the arrival of the U.S.-based electric vehicle maker in Canada. jQuery(function(){ if (typeof jwplayer_load == ...

Rivian may be facing a situation that's similar to Tesla's, though the EV maker maintains it outperforms rivals on health and safety.

At least a dozen employees at Rivian have accused the electric-vehicle maker of safety violations at its Illinois plant, according to complaints filed with federal regulators. The complaints allege the company ignored known hazards and de-prioritized safety resources, leaving some workers to share respirators needed during the manufacturing process. They ...

Since first rolling out in July, Amazon's EDVs have delivered more than 5 million packages to customers in the United States.

The EV maker originally said the R2 platform designed for smaller, more affordable EVs would launch in 2025 at a new plant in Georgia.

Volkswagen's electric 4x4 brand for America shows promise as an idea, but enthusiasts will have to wait a while to get one.


View more: VW Readies Scout, but Will It Be as Pricey as Rivian?

Our Rivian R1T Had Its Recall Service; What's It All About?

Rivian Starts Charging People For Towing, Even For Covered Work