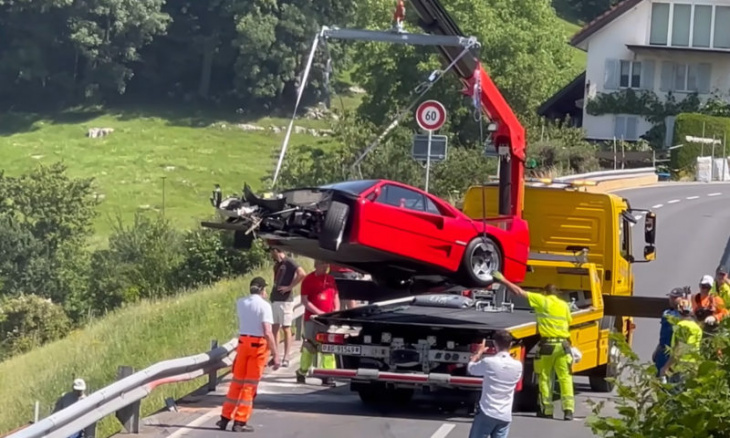 Image: Cars and Planes of Switzerland

Watch as this Ferrari F40 crashes during a Swiss supercar run and then subsequently gets loaded up onto a flatbed truck, hopefully off to be repaired to its former glory. 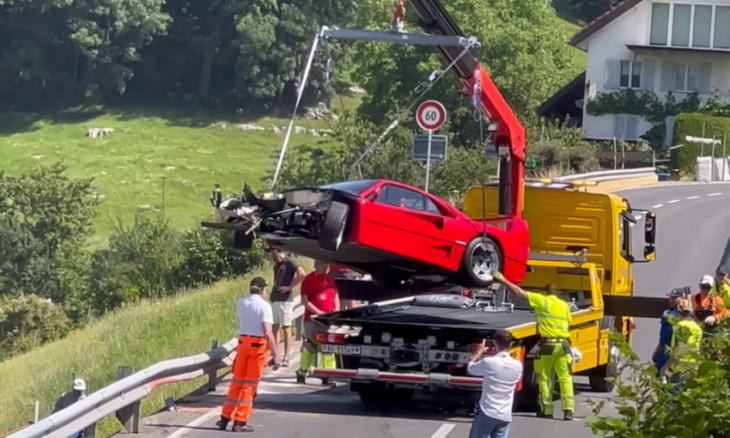 Image: Cars and Planes of Switzerland

This is what nightmares are made of; the quintessential supercar tyre screeching into a roadside barrier. Only 1 315 examples rolled off of the Maranello production line between 1987 through to 1992 so expectedly, when they make it out into public they are very well documented and news on any misfortunes travel through social media like wildfire.

A video by YouTube user Carsten Carsten shows a convoy of Ferrari and Maserati models during the Kerenzerberg race in the beautiful scenery of Switzerland. The embedded video below also shows the harrowing moment a Ferrari F40 crashes into barriers although a roadside cottage along the course prevents a clear view of the incident.

As it is going around the corner, at moderate speed, the rear-wheel driven 352 kW twin-turbocharged V8 understeers and then moves just behind the cottage. Based on the audible noises of destruction, it hits the roadside barrier and drags along the road until it comes to a complete stop.

Peter Rufibach, President of Kerenzerbergrennen told the Swiss site 20 Min: “In the area where the accident happened, the track is anything but demanding. The event is like a travelling museum. Some drive slower and others faster.”

The following YouTube clip filmed by Cars and Planes of Switzerland which can be viewed here then shows the wedge shaped Prancing Horse being loaded up onto a flatbed truck. Damage to the F40 is significant but we can only hope that it is professionally repaired and returned to its former glory.  The front suspension seems to be damaged too while the entire single-piece front-end is missing. The rear right also has some damage which probably means the model pirouetted around although in this scenario it looks purely cosmetic and hopefully hasn’t encroached into the engine bay.

The first production 200 mph supercar for many is the quintessential Ferrari model and the last that was personally signed off by Enzo before his death in 1988. Get a closer look at one with Formula 1 World Champion Nico Rosberg as he gets behind the wheel of one.