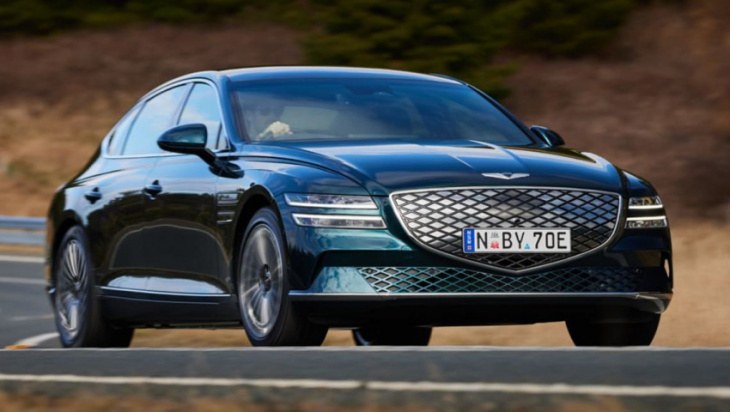 The sleek Electrified G80 could end up ferrying around MPs if Genesis can attract interest from government fleets.

SUVs might be king, but there’s still plenty of life left in sedans yet, at least according to Genesis Australia.

The Korean premium marque has just launched the Electrified G80 EV in Australia, alongside its first dedicated EV, the GV60 SUV.

Despite the slowing sales of sedans in Australia, the G80 is enjoying some sales success, but don’t expect to see too many of the large saloons doing the rounds as airport transfer limos.

The original G80 – which started life as the Hyundai Genesis sedan back in 2014, before changing names to G80 when Genesis became a standalone brand in Australia in 2019 – was enormously popular with hire car operators thanks to its affordable pricing, spacious interior and potent V6 engine.

But after the second-generation G80 launched in late 2020, Genesis had started to establish itself as a separate entity to Hyundai, and it had also rolled out a new fixed-price strategy across the country.

It’s for these reasons that the new G80, and the Electrified G80, won’t have the same success with hire car operators as it did in its first generation, according to head of Genesis Australia, Connal Yan.

“I don’t see that because, for those kinds of buyers, the running costs are a key concern, which EV is a very nice proposition. But at the same time, they also are used to a massive front-end discount when they purchase a car. Which is a norm for all these hire car drivers, what they’re expecting, which is something that we do not unfortunately entertain because we are one price,” he told CarsGuide. 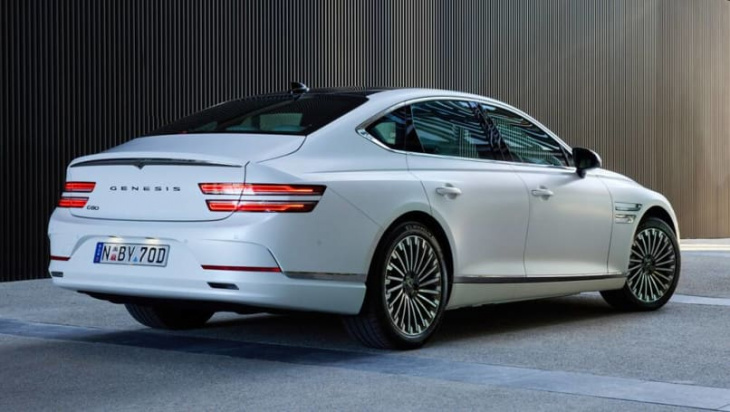 Mr Yan added that the G80’s sleek design means it is not a typical hire car product, although he emphasised its ample rear-seat space.

Instead of fleets, Mr Yan said Genesis is focused on private buyers, particularly with the Electrified G80 which is expected to attract 90 per cent private buyers.

However, he said that Genesis is very interested in the potential for the G80 to become a favoured government fleet purchase, specifically as a Commonwealth – or comm – car to ferry around members of parliament.

“Government is a different situation because government and hire car presents a very different impression of the product. So therefore, we do have continuous interest from the government.” 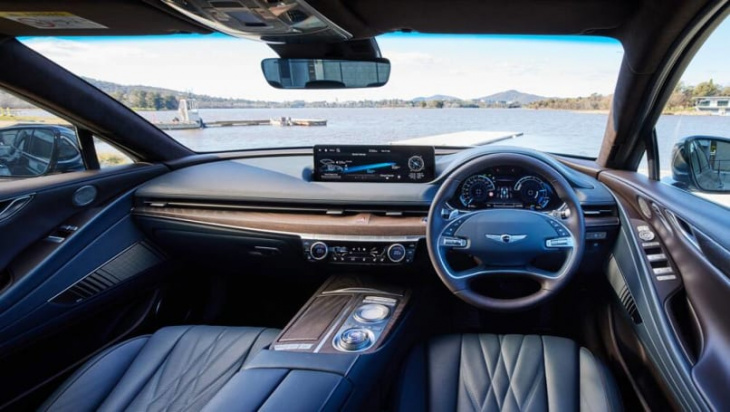 Genesis sales numbers in Australia are still relatively low compared with the big hitters in the premium segment. But G80 sales numbers are doing so well for the brand that it is only a few units behind its smaller G70 medium sedan stablemate – a segment with much higher volume than large premium sedans.

To the end of August this year, Genesis has sold 60 G70s and 55 G80s. Mr Yan said he was “very positively surprised” that the G80 is doing so well, but added the sheer number of models competing with the G70 in the medium segment makes it a more competitive space.

“We believe [G80] it’s a great product, but then the large sedan market is more difficult than the mid size. But when you dig into the product itself, I do think that G80 offers a very attractive proposition against the competitors in that area, which then it can’t be scientifically explained.

“The G70 on the other hand, it’s competing in a pool with even more players. And when you go into that price band, sometimes the brand plays a major part, because younger buyers, first time for example, are getting into a C-Class or 3 Series, that is the challenge.” 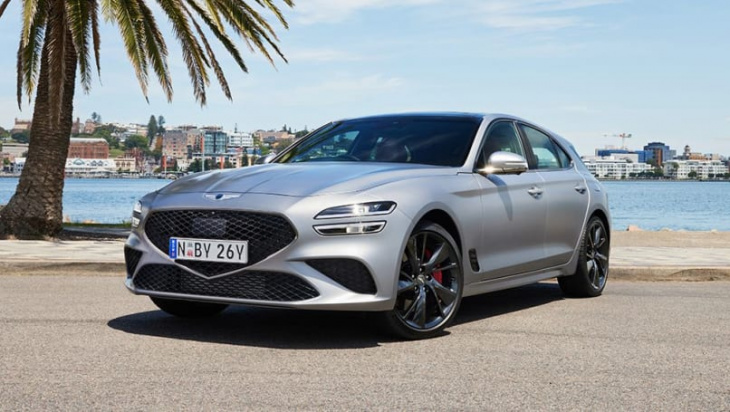 Genesis says it can get more out of its G70 Shooting Brake.

Mr Yan said he is “definitely interested in looking into how to expand the volume of the G70” in Australia, but acknowledged the challenges of doing that against tough competition that includes big sellers like the Mercedes-Benz C-Class and CLA, BMW 3 Series and 4 Series, and others like the Audi A4 and A5, Lexus ES and Volkswagen Arteon.

Mr Yan admitted that the recently launched G70 Shooting Brake hasn’t received the attention he feels it deserves, but added that it was a “no-brainer” to bring the stylish wagon to Australia.

“I would say we have not fully explored the potential for that product, because of the limited supply. We have just recently registered more cars for demonstrators and for display in the showrooms.

“So therefore we are actually very much looking forward to the last quarter of the year and throughout next year to see what we can do for that car. Because at the moment the exposure is too limited.”

Keyword: Watch out BMW, Mercedes-Benz! How Genesis is muscling in on German luxury segment

Right Vehicle At The Right Time Genesis’ first foray into the world of battery electric vehicles was a modified version of their G80 sedan; and while it was a fantastic effort, getting the full benefits of an EV requires a dedicated EV chassis. So, you can probably see where this ...

BMW may best be known for their cars, but their Motorrad motorcycle brand is just as recognizable in the two wheelin’ world. Their lineup of bikes has now grown thanks to the new S 1000 RR sport bike. According to BMW, this latest generation of S 1000 RR has ...

A covered vehicle in a recent presentation doesn't look like a sedan or crossover.

Satire PM claims pound’s tank was caused by arrival of V8 tank Here’s TopGear.com’s roving correspondent, Cory Spondent, with his mostly incorrect exclusives from the world of motoring The UK government has claimed that the implosion of the British economy in recent days was caused not by its own financial ...