A disturbing clip has revealed the exact moment that a white Lexus IS250 was hijacked from a parking lot in Brakpan, Gauteng.

The clip was posted on social media by Yusuf Abramjee, who confirmed that the driver of the luxury vehicle had been taken hostage during the harrowing ordeal which took place on Tuesday.

In the clip, a vehicle can be seen pulling up to the Lexus with two suspects approaching their target on foot. The suspects approached the vehicle from both sides, effectively ensuring that their hostage was not only taken by surprise but had no way to escape capture.

In the video, an unknown individual can be heard reporting that the vehicle in question had fled the scene enroute to Carnival City. No police report was available at the time of publishing. 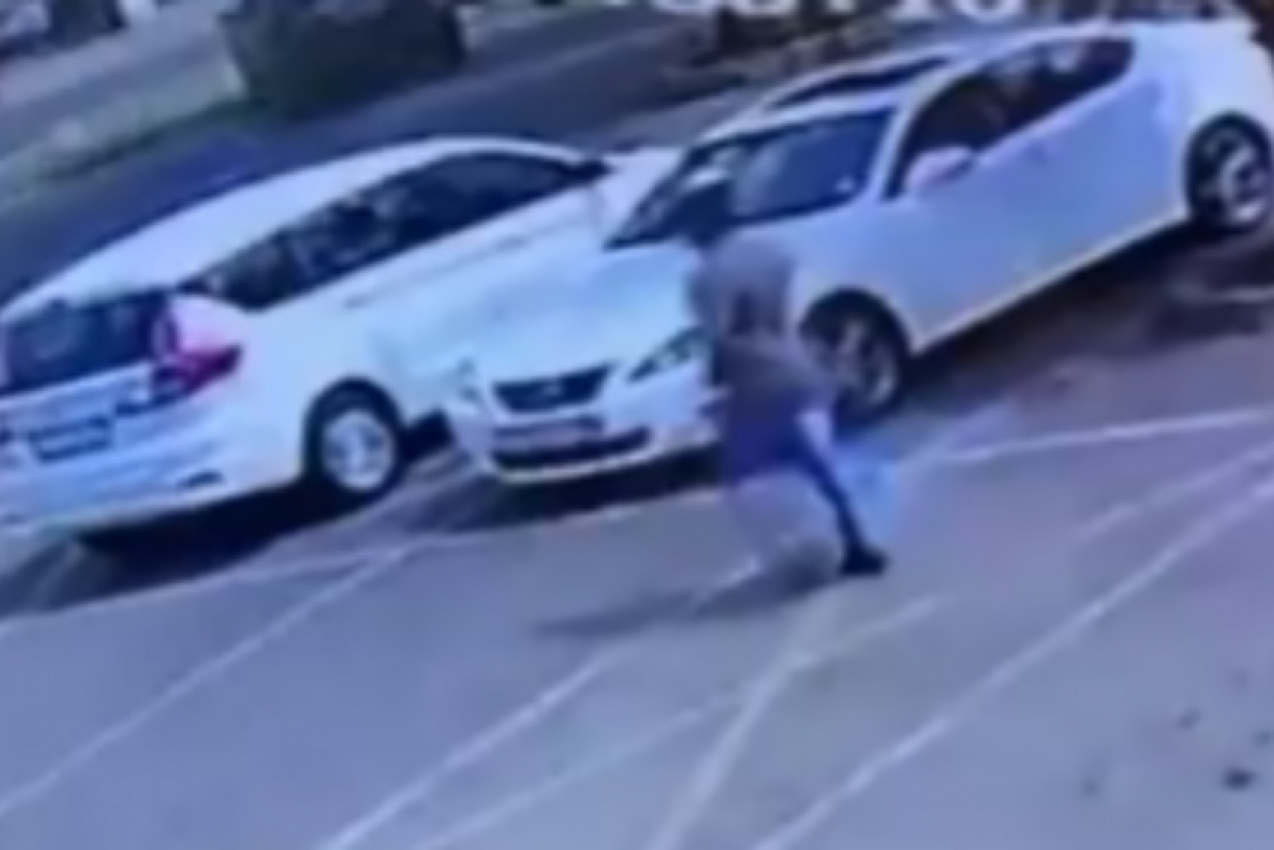 © Provided by The South African The Lexus was hijacked in a undisclosed Brakpan parking lot. Image: Yusuf Abramjee/ Twitter

It appears that the region has been battling with similar incidents before the Lexus and its occupant was subjected to this cruel fate.

Last week reports surfaced that a man had been found in possession of a hijacked vehicle in the region. The suspect had allegedly been quick to tell police officials who his accomplice in the crime had been.

The discovery had also led police to an air gun, drugs and even a stolen cellphone after the suspect was arrested along Kingsway Avenue.

Commenting on the bust, which had been the result of a tip-off, Captain Pearl van Staad spoke on behalf of the Brakpan SAPS.

“Members responded swiftly and arrested a man driving a silver Tata sedan with no registration numbers,”

The Tata was used as an e-hailing services vehicle in the area before being hijacked in Boksburg. During the incident the driver had been threatened at gunpoint before being ordered out of the vehicle.

Lexus' new RX SUVs will stop you from 'dooring' cyclists

Lexus NX Subject To 2 Additional Recalls In The Philippines

The Best Used Lexus GX SUV Years: Models to Hunt for and 1 to Avoid

Lexus as a brand has always been associated with luxury, comfort, and exclusivity. Currently, Lexus offers the NX, RX, and LX SUVs, ES and LS sedans, and the halo LC coupe in our country. But the Japanese carmaker is now weighing in to bring an entry-level offering for India – ...

The second generation of the Lexus NX, the brand’s compact luxury SUV, doesn’t look a whole lot different than the first, but there are substantive changes beneath the sheetmetal. Nowhere is that truer than with the new NX450h+ plug-in-hybrid variant. The reworked NX exterior isn’t quite the riot of creased ...

Although COVID-19 restrictions have eased globally, the effect of the lockdown and the parts shortage is still felt today. Toyota has just announced that it will have to cut its production plan by 100,000 units in October 2022. The Japanese carmaker earlier announces that its production plan for September ...

The 2023 Lexus RX 350 is losing the touchpad controller Lexus Safety System+ 3.0 comes on the 2023 RX 350 The interior on this luxury SUV only gets better with age Lexus knows how to make a luxury SUV, and this version is no different. Edmunds looked at the ...

You can now have your share of economic luxury

The New Lexus RX Is the Same As It Ever Was

The Lexus RX outsells nearly every other luxury vehicle on the market. So the new one isn't trying to shake things up.


View more: The New Lexus RX Is the Same As It Ever Was

The Lexus ES lineup is expanding with the introduction of the hybrid electric ES 300h Luxury variant, offering customers more options for a decadent trim level when choosing a Lexus ES. This brings the total variant count of the Lexus ES to three: the ES 300h Executive, the new ...

The Jeep Wagoneer S will be the first of the brand’s ultra-premium offerings in Australia. Jeep has committed to a right-hand drive future and has big plans for the Australian market. And they don’t come much bigger than chasing down the most notable names in the luxury car segment ...


View more: Jeep to go after Range Rover, Mercedes-Benz and Lexus with new range of luxury Wagoneer models in Australia

The Best Used Lexus RX SUV Years: Models to Hunt for and 1 to Avoid

2023 Lexus IS: Everything You Need to Know About the Luxury Sedan

2023 Lexus RX First Drive Review: Turbo? Hybrid? Why Not Both?

China's Lexus LM and Toyota Alphard fighter, Hongqi HQ9 is here to shake up the market

Can Lexus take on Mercedes-AMG and BMW M? Brand-wide performance overhaul coming to Australia as Lexus revs up

How Many Miles Will a Lexus LX 570 Last?

Is a Hybrid on the Menu? The 2023 Lexus RX Delivers 3 Options for You