Hilarious footage of Americans attempting to use a roundabout has gone viral.

The roundabout was the first to be installed in north-eastern Kentucky, and it could be the last, as drivers appear rather confused about how it works. 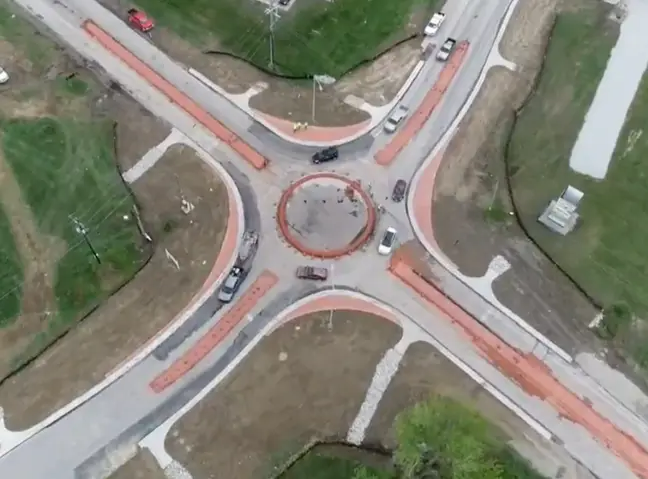 Drivers in the area aren’t happy about it either. They say the old four-way-stop junction worked perfectly fine, and the new instalment is causing confusion and delay.

A local called Jason Whisman told news outlet WYKT: “It’s going to throw them for a loop. A complete 360. No doubt about it.”

The roundabout was reportedly installed because they’re proven safer than other types of intersections, particularly in busy areas that see a lot of traffic. Data from the Insurance Institute for Highway Safety found that roundabouts decrease crashes by 38 percent and fatal or incapacitating crashes by 90 percent. They work to significantly remove the chance of head-on or T-bone collisions.

A transport official told local news: “We’re looking at a way to reduce the severity of crashes that this intersection has a history of.”