Waltrip Part II: Making A Mark On The Sport 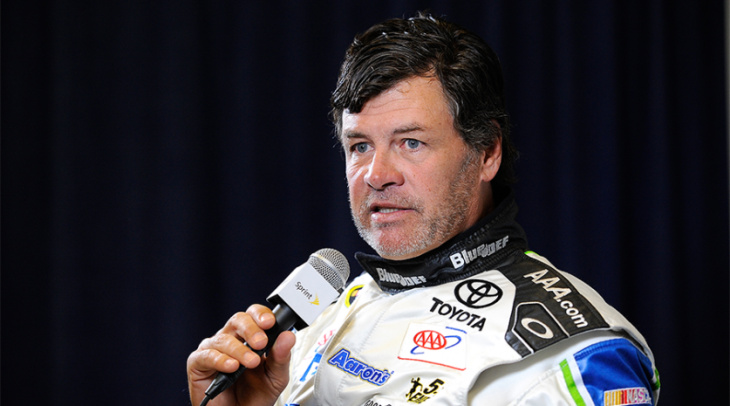 Editor’s Note: This is the second of a two-part series on former NASCAR driver Michael Waltrip. To read part one, click here.

After five seasons at the helm of the No. 15 Chevrolet for Dale Earnhardt Inc., Waltrip left the organization at the end of 2005.

A stop at Bill Davis Racing in 2006 came with little success. Thus, Waltrip set out on a new adventure — becoming a team owner.

“I had a dream like my big brother (Darrell Waltrip) and Dale Earnhardt, I had a dream to have my own team,” Waltrip told SPEED SPORT.

Waltrip’s dream became a reality with the founding of Michael Waltrip Racing in 2007.

The excitement of owning a NASCAR Cup Series team quickly wore off when the reality of the business set in.

“We saw right quickly in late 2006 that we were really already way behind to go racing in 2007,” Waltrip said. “I’d spent all my money and all that I could borrow.”

The combination of a three-car team, tied in with bringing Toyota to the sport along with the inception of NASCAR’s Car Of Tomorrow, gave MWR a stiff uphill battle.

After qualifying for only 14 of the 36 races, Waltrip needed some help.

“That was really hard for me after coming from such a competitive car with DEI, that was just a rough couple of years,” Waltrip said. 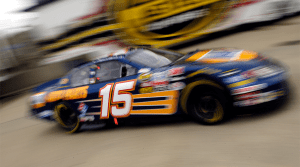 Navigating that steep slope became a lot easier when Rob Kauffman joined MWR as a part-owner.

“Luckily, Rob, came onboard, stabilized us financially and helped us hire the right people, grow the infrastructure,” Waltrip said. “I remember those rainy, cold days when we were building it. When it was done, it was perfect. We were able to reset in May of 2007.”

Results began to improve at MWR, with lead-driver David Reutimann giving the team its first win two years later in the 2009 Coca-Cola 600.

“With Rob’s help, we began to build something special from there. It was quite the journey through 2012, and racing for that championship and winning races with our Toyotas.”

On the driving-side of things, Waltrip had to make the difficult decision to scale back his racing schedule in 2010, in hopes of keeping longtime sponsor NAPA Auto Parts.

“NAPA, I think was getting tired of not winning,” Waltrip said. “We told them that if we could bring Martin Truex Jr. on board our team, we felt like we could win and we would win.

“That sort of ended my driving career. I got out of the NAPA car full time and let Martin take over. Ultimately, that was a good decision for our team, because we not only won races, we contended for a championship and finished second (2012) in the points with (Clint) Bowyer.”

Waltrip knew the team would be in the best position to win with Truex driving the NAPA Toyota.

“I would like to have driven more, but I didn’t have the cars under me that I needed and Martin really helped us establish our team as a front runner,” Waltrip said. “So, no regrets just sort of the way it all worked out.”

Waltrip competed in the Cup Series for eight more seasons, primarily on the superspeedways. In his final race in 2017, Waltrip earned his last top-10 finish in the Daytona 500.

“We finished eighth and drove the car off the track and I put it in my garage,” Waltrip said. “I still have it today.” 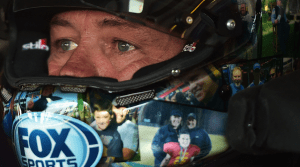 With his driving and ownership days behind him, Waltrip found a stable home on television as an analyst for FOX Sports’ NASCAR coverage.

Waltrip’s introduction to being on-air came during the late 1990s.

“I always enjoyed speaking, taking care of my sponsors, and being on TV as a race car driver. In 1996, when I went to drive for the Wood Brothers, a gentleman named Bob Scanlon, who started SPEED TV or Speed Vision, he had this idea to do a weekly show with three drivers,” Waltrip said. “One that would drive a Ford, one that drives a Chevy and one a Pontiac, and just break down what race is each week.

“That became FS1, eventually, and so I’ve been with FOX ever since then.”

With his new career path outside of competing, Waltrip feels his experience on the track, along with his outgoing personality, helps give viewers a unique perspective.

“It’s just something that I think that I was able to naturally tell stories,” Waltrip said. “My knowledge about the cars and what’s going on behind the wheel is something that I think helps me to convey to the viewers, what those drivers are thinking or feeling and try to make it as informative and entertaining as I possibly can. That’s my goal each week is to inform first and foremost, but then also do it in an entertaining fashion. So far, they keep having me around, so I guess I’m doing alright.”

With the inception of Tony Stewart’s Superstar Racing Experience in 2021, Waltrip got the call to pilot the blue No. 15 machine once again for the six-week Summer series.

“It was cool. It reminded me quickly how racing goes. You go out, take the lead and you’re running out front and the next thing you know, you get in a wreck on a restart,” Waltrip said. “It’s just so intense, even at SRX. You want to be the best and it was fun, but it was also really frustrating.

“The camaraderie was something that I think I enjoyed more in 2022 than I did the first year for whatever reason. After the races, me and Bobby Labonte, Kenny Schrader and Greg Biffle and just guys that I grew up racing with. We’re at some dirt track in Ohio, out by the campers drinking beer after the races are over telling stories and laughing.

“So, I wouldn’t trade the experience that I had in SRX for the world. It was something that was really different, and a lot of fun to get back behind the wheel.”

Waltrip never contended for a Cup Series championship, but the 59-year-old has left his mark on the sport in more ways than one.

As Waltrip reflected on a Cup Series career that spanned over 33 seasons with triumphs and tragedy along the way, it was difficult for him to encapsulate it in one word.

“Not too many people have two Daytona 500 trophies, so that’s kind of cool,” Waltrip said.

“But, we were able to do some things that not many people have done and I’m proud of that.”

Keyword: Waltrip Part II: Making A Mark On The Sport