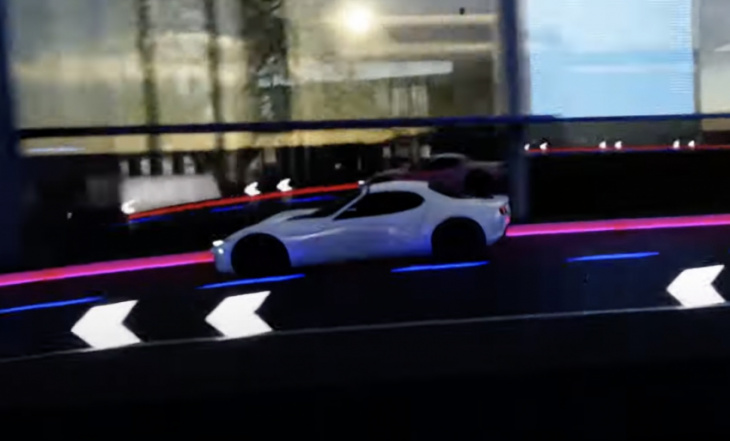 Mazda’s EV strategy thus far has been a bit underwhelming. We’ve heard a lot of talk about plans for Sustainable Zoom Zoom 2030. But thus far, the only electrified vehicle in the American lineup is the MX-30 EV, a de facto compliance car that only offers 100 miles of range (and more like 80 under regular use).

That’s about to change. And to generate excitement during a video outlining those changes, Mazda showed off a stunning electric sports coupe concept that looks a lot like an electric MX-5 Miata. Well, an MX-5 Miata with a fixed roof and Lamborghini-style butterfly doors.

Mazda has played down talk of electrifying the MX-5. Doing that presents a formidable engineering challenge. The hallmarks of the car are its simplicity and litheness. And whether it would be hybrid or electric, batteries would alter that pure formula, adding complexity and weight. There would also be the small matter of the no longer extant manual transmission.

We should be getting an all-new (probably heavily updated vs. overhauled) version of the combustion MX-5 Miata soon; the current generation entered production in 2014. And Mazda may wait as long as possible before the deadline to be all-electric or electrified by 2030. A full-on electric MX-5 Miata is not something that’s expected anytime soon.

Mazda described the vehicle to Autocar as a vision study along the lines of the striking RX Vision concept Mazda unveiled in 2015. Skeptics will note that we’re heading into 2023 without the RX Vision concept morphing into a rotary-powered successor to the RX-7. So, expectations for a car rendering in a video should be low. But we can at least be buoyed by the thought that Mazda wants to project its future as driver-centric and exciting, even if that future will be combustion SUV-heavy in the near term.

Is the 2023 Mazda CX-5 worth buying? Is the 2023 CX-5 interior still modern? What could the 2023 CX-5 do better? We’re spending a week with the elegant Mazda CX-5, and it doesn’t have any significant changes for the model year. But that’s fine. It doesn’t exactly need any ...

Preparations for towing Heavy duty Towing Pack (Part No: TF11ACUTP) Clearview ‘Next Gen’ Towing Mirrors Competent and comfortable towing Fuel consumption We wanted to see how the BT-50 performs as a heavy-duty tow vehicle. (Image: Mark Oastler) The tow-bar has a 3500kg tow rating and maximum tow-ball download of ...


View more: A Pagani V12-Powered Mazda RX-7 Because Why Not?