Volkswagen’s first electric sedan will go on sale in 2023 to take on crucial rivals including the Tesla Model 3.

The four-door model expected to be called the ID.6 in Europe has been previewed this week by the ID.Aero concept car.

The close-to-production show car takes its name from the vehicle’s slippery shape, which VW says has a co-efficient of drag of just 0.23. 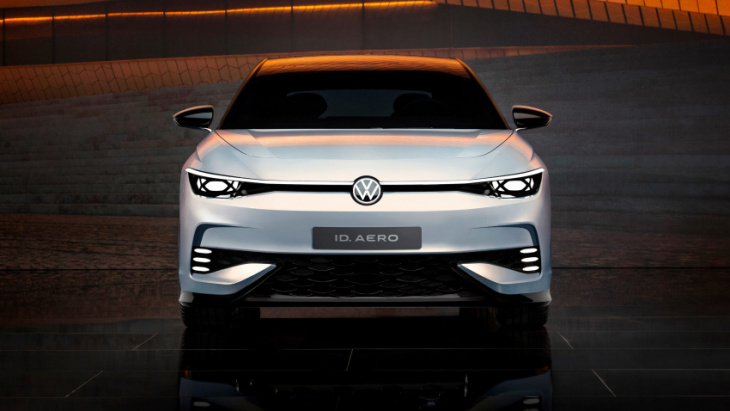 The ID.Aero is being positioned as a premium midsized sedan to rival the Tesla Model 3, though the concept’s near-5-metre length places it closer to the Model S large sedan in size.

In size, and with a wheelbase believed to be about three metres long, the ID.Aero has plenty in common with VW’s ambitious 2002 Phaeton limousine.

Volkswagen says the concept sedan features a 77kWh lithium-ion battery, offering a driving range of up to 620km on the WLTP cycle. Multiple battery sizes are expected to be available as per other ID models. 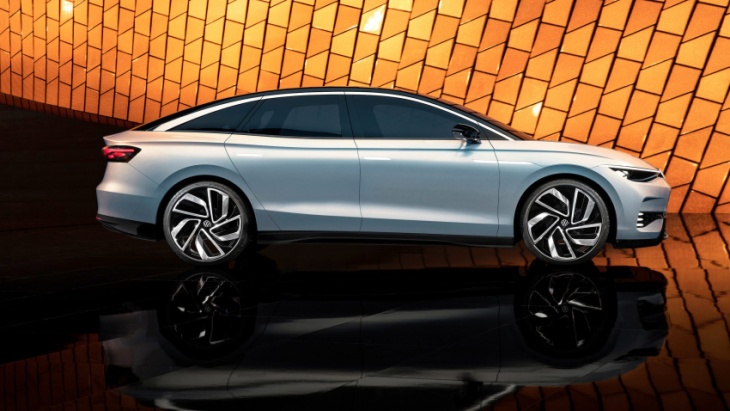 Sitting on an extended version of VW’s MEB battery electric platform, the ID.Aero fits neatly into the existing ID family with its curved lines and smooth surfaces. It looks like a stretched, lower-roofed version of the ID.4 SUV.

The roof, painted in black as an offset to the main body colour, slopes virtually seamlessly into the sedan’s tail. 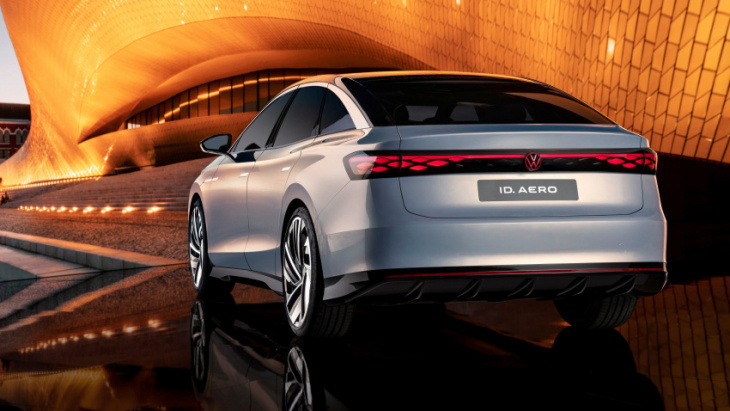 “With the ID.AERO show car, we are revealing a preview of the next member of the ID. family,” said Ralf Brandstätter, Volkswagen Passenger Cars CEO.

“[It’s] a car with an emotional and at the same time extremely aerodynamic design, a range of over 600 kilometres, an extraordinary amount of space and a premium interior.

“With our Accelerate strategy, we are intensively driving forward the electrification of our model range. Following the ID.4, this model will be our next global car for Europe, China, and the US.” 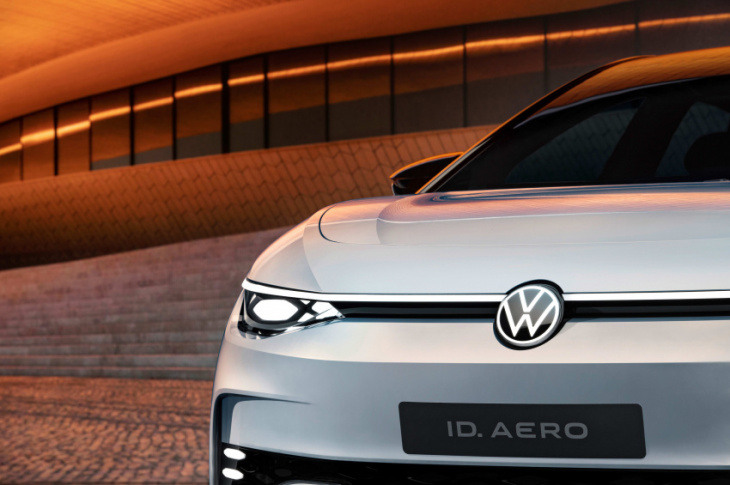 The ID.Aero/ID.6 will become the flagship of Volkswagen’s rapidly expanding ID range of electric vehicles. These currently include the ID.3 hatchback, ID.4 midsized SUV, ID.5 midsized SUV coupe, and the upcoming ID.Buzz people-mover.

The European version of the ID.Aero will be built at VW’s Emden plant in Germany, where the current midsized Passat sedan/wagon is produced, along with the ID.4.

As we approach the end of Q4 and the end of the year, analysts are correctly pointing out that a successful quarter for Tesla hinges on a successful delivery of vehicles to Europe. Tesla has had an incredibly successful 2022, especially considering the circumstances that have rocked the auto ...