Voodoo or Magic? Why Is the Shelby GT350 So Special?

The Ford Mustang Shelby GT350 has a long history of American muscle car merit. The first models proved that, with the magic of Carroll Shelby, the Ford Mustang could rear up and kick hard. Moreover, the latest models changed how we look at special edition Mustangs. So what is a “Voodoo” 5.2L V8, and why did it make the latest Shelby GT350 so special?

What is so special about the GT350?

The Shelby GT350 is unique for several reasons, chief among which is its heart. The S550-generation GT350 packs a naturally aspirated 5.2L Voodoo V8 engine. While that might not seem like a massive improvement in displacement over the 5.0L Coyote engine, it’s a Mustang first. The Voodoo uses flat-plane crankshaft architecture as opposed to cross-plane to create a tight V8 package with the ability to rev up to 8,250 rpm. 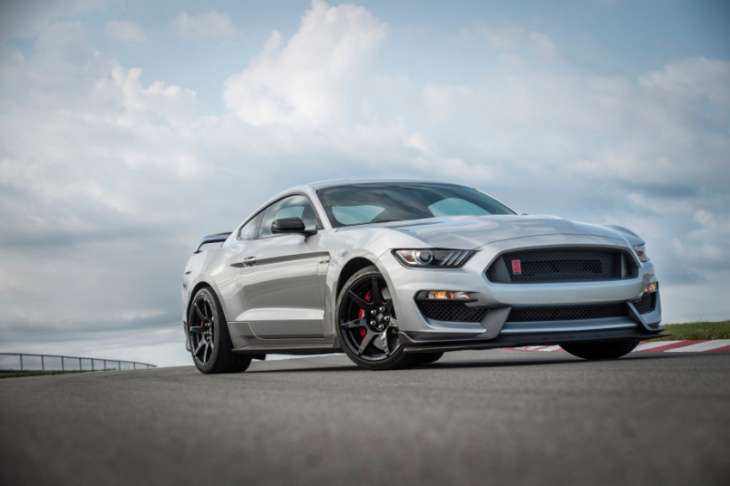 Moreover, the high-revving 5.2L V8 produces 526 horsepower. That doesn’t seem like much compared to the 700+ horsepower of contemporary Hellcats, but it’s something special. That horsepower figure represents the highest naturally aspirated horsepower of any Ford Mustang. It’s around 46 more horsepower than the stoutest Coyote-powered Bullitt or Mach 1 Mustangs.

Is the Voodoo a good engine?

The Voodoo V8 is a good engine based on its merit alone. It’s the only flat plane crank in any factory Mustang since the namesake’s beginnings in the mid-sixties. Moreover, the high-revving naturally aspirated mill sounds unlike any other vehicle in Ford’s lineup.

However, the Voodoo V8 engine isn’t without its problems. According to Car and Driver, a long-term review revealed that the GT350 drank oil disproportionately. Specifically, a 2017 Shelby GT350 consumed 21.5 quarts of oil in addition to regular oil changes during a 40,000-mile test. While their experience is less-than-optimal, not all Voodoo-equipped GT350s suffered from the same issue.

Does any other vehicle have the Voodoo engine?

The Voodoo engine lives in the now-discontinued Ford Mustang Shelby GT350. Not only does the Voodoo not slip into any other Mustang, but it also avoids other vehicles in the Ford lineup. While the Blue Oval has offered F-150s with the 5.0L V8, no other Ford trucks or Mustangs got the Voodoo treatment.

Part of the Shelby GT350’s appeal is its exclusivity. It’s the only special edition Ford Mustang with a naturally aspirated engine producing over 500 horsepower. Power like that is courtesy of the mighty flat-plane crank Voodoo V8 engine. 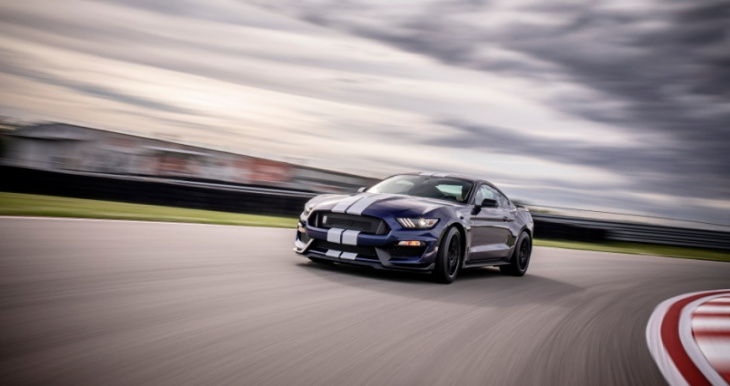 What replaced the Shelby GT350?

While the Shelby GT350 is a sorely-missed part of the Ford Mustang lineup, it’s not without replacement. The most recent naturally-aspirated, track-ready range-topper in the Mustang lineup is the Mach 1. It packs the same Tremec 3160 six-speed manual transmission and several of the same performance features as the Shelby GT350 and GT500. However, the Mach 1 goes without the 5.2L Voodoo; instead, the Mach 1 produces 480 horsepower from a Coyote mill.

However, the new generation of Mustang is on the way, and the seventh-generation car promises to deliver. The S650 generation boasts the new Ford Mustang Dark Horse, a track-ready special edition that vies to be the first naturally-aspirated Coyote-powered Mustang with over 500 horsepower.

Keyword: Voodoo or Magic? Why Is the Shelby GT350 So Special?

Want a Special Edition Mustang That’s Not a Shelby? Try One of These

Mustang Shelby GT500 Killed: When Will It Return?

Ford planning new Mustang Shelby GT500 for 2026, according to report

Ford Mustang 2023: new Bullitt and Shelby versions could be on the horizon

Creating Shelby’s Original GT350R: Addition Through Subtraction Adds Up to a Legend

The Mustang Mach 1 Has 3 Advantages Over the Shelby GT350

This 1-of-1 Shelby Sweepstakes Ends Saturday

A 1969 Ford Shelby GT500 once owned by Carroll Shelby himself will cross the block at a Mecum auction taking place in Kissimmee, Florida, from Jan. 4-15. Mecum didn’t provide much detail on the car’s history, noting only that the Candyapple Red ride is presented with a Carroll Hall ...

• With a Holman Moody 427-cubic-inch V-8 and a four-speed manual transmission, this Cobra is the apex of American 1960s performance machinery. • Cobra production wound down in December 1966, so this is one of the last of a breed. • The 427s were better sorted out than the ...


View more: 1966 Shelby Cobra 427 Is Our Bring a Trailer Auction Pick of the Day

Want a Fast Shelby? Consider a Shelby Truck Instead of a Mustang

How much is an F-150 Super Snake? How much horsepower does a Shelby F-150 have? Is the Shelby Raptor truck a V8? Which Shelby truck should you consider?  Shelby American has a history of taking Ford Mustangs and making them faster and more powerful. However, you might not know ...


View more: Want a Fast Shelby? Consider a Shelby Truck Instead of a Mustang

Ford Mustang Shelby GT500 Cranked Up to 1,204 Hp by Hennessey

Photo: Hennessey Performance The Ford Mustang lineup suddenly becomes less attractive with the almighty Shelby GT500 not returning for 2023 and the next-generation 2024 model already revealed. However, there’s some exciting news for fans of the ultimate Mustang. While not quite on par with Shelby American’s 1,300-horsepower Shelby GT500 ...

The Ford Mustang Shelby GT500 is the most powerful factory Mustang ever, but that wasn’t enough for Texas-based tuner Hennessey Performance. Hennessey’s Venom 1200 Mustang GT500 extracts 1,204 hp and 902 lb-ft of torque from Ford’s 5.2-liter supercharged V-8, up from the stock 760 hp and 652 lb-ft of ...

What else do you need?

Shelby GT500 Auctions For Over $1 Million

The Story Behind This Weirdo’S Shelby Is As Incredible As The Car Itself.

Abandoned Garage Filled With Lamborghinis, Ferrari, Porsche, ‘67 Shelby GT500… And That’s Not Even All.

Did the Ford F-150 Raptor R Steal Its Supercharged V8 From The Shelby Mustang GT500?

Less is More: Simple Mods make this 2014 Ford Mustang Shelby GT500 Stand Out from the Pack

R.O.C. face to face with SA’s only Shelby Speedster

Shelby has built a V8-powered ‘Cammer Cobra’ concept, and it is SHINY